22 “Fast and Furious” facts: What did the Obama White House know and when did they know it?

“Fast and Furious” is not about cars and women but about guns, drugs and murder!

“What did the President know, and when did he know it?”: Howard Baker, Vice Chairman of the Senate Watergate Committee

What do President Obama and Eric Holder know, when did they know it and will the “Fast and Furious” operation to sell weapons to Mexican drug cartels be the scandal that brings the Obama White House down?

Are there still any truly investigative mainstream media journalists out there along the lines of Woodward and Bernstein of The Washington Post, who actually felt it was their job and duty to break the Watergate story?

There actually may be a few still out there (H/T Sharyl Attkisson of CBS News)!

22 “Fast and Furious” facts that could be extremely problematic for the Obama White House and for the President’s 2012 reelection bid!

#1 During Operation Fast and Furious, ATF agents purposely allowed thousands of guns to be sold to individuals that they believed would get them into the hands of Mexican drug cartels.

#2 ATF agents were specifically ordered not to intercept the guns before they crossed the border. The following is a brief excerpt from a CBS News report that detailed the fierce objections that many ATF agents expressed when they were ordered to stand down….

On the phone, one Project Gunrunner source (who didn’t want to be identified) told us just how many guns flooded the black market under ATF’s watchful eye. “The numbers are over 2,500 on that case by the way. That’s how many guns were sold – including some 50-calibers they let walk.”

50-caliber weapons are fearsome. For months, ATF agents followed 50-caliber Barrett rifles and other guns believed headed for the Mexican border, but were ordered to let them go. One distraught agent was often overheard on ATF radios begging and pleading to be allowed to intercept transports. The answer: “Negative. Stand down.”

CBS News has been told at least 11 ATF agents and senior managers voiced fierce opposition to the strategy. “It got ugly…” said one. There was “screaming and yelling” says another. A third warned: “this is crazy, somebody is gonna to get killed.”

#4 ATF Special Agent John Dodson was one of the first to blow the whistle on Operation Fast and Furious. Dodson explained to the House Government Reform and Oversight Committee on June 15, 2011 that many ATF agents were becoming extremely frustrated when they were ordered to cut off surveillance on the weapons that were being sold because they knew “that just days after these purchases, the guns that we saw these individuals buy would begin turning up at crime scenes in the United States and Mexico.” 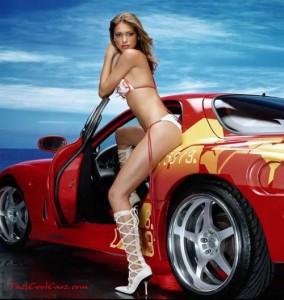 #5 It appears that Operation Fast and Furious began some time around September 2009. At that time, the ATF began pressuring gun shops near the border with Mexico to participate in a new covert operation that was being set up. The gun storeowners were told to help the ATF get guns into the hands of people that would take them back to the Mexican drug cartels.

The following description of the mechanics of Operation Fast and Furious comes from a recent Los Angeles Times article….

In the fall of 2009, ATF agents installed a secret phone line and hidden cameras in a ceiling panel and wall at Andre Howard’s Lone Wolf gun store. They gave him one basic instruction: Sell guns to every illegal purchaser who walks through the door.

For 15 months, Howard did as he was told. To customers with phony IDs or wads of cash he normally would have turned away, he sold pistols, rifles and semiautomatics. He was assured by the ATF that they would follow the guns, and that the surveillance would lead the agents to the violent Mexican drug cartels on the Southwest border.

When Howard heard nothing about any arrests, he questioned the agents. Keep selling, they told him. So hundreds of thousands of dollars more in weapons, including .50-caliber sniper rifles, walked out of the front door of his store in a Glendale, Ariz., strip mall.

#6 In some gun stores, cameras were set up so that top ATF officials could actually watch these transactions take place. Back in June, U.S. Representative Darrell Issa stated the following….

“Acting Director Melson was able to sit at his desk in Washington and himself watch a live feed of straw buyers entering the gun stores and purchasing dozens of AK-47 variants.”

#7 It has also come out that in some cases ATF agents were actually the ones buying the guns and getting them into the hands of Mexican drug cartels. The following is how author Michael A. Walsh recently explained this in an article in the New York Post….

This just might be the smoking gun we’ve been waiting for to break the festering “Fast and Furious” gun-running scandal wide open: the Department of Alcohol, Tobacco, Firearms and Explosives apparently ordered one of its own agents to purchase firearms with taxpayer money, and sell them directly to a Mexican drug cartel.

Let that sink in: After months of pretending that “Fast and Furious” was a botched surveillance operation of illegal gun-running spearheaded by the ATF and the US attorney’s office in Phoenix, it turns out that the government itself was selling guns to the bad guys.

#8 According to the Los Angeles Times, guns that were purchased during Operation Fast and Furious have “turned up at dozens of additional Mexican crime scenes, with an unconfirmed toll of at least 150 people killed or wounded.”

#9 Mexican authorities were never informed that thousands upon thousands of guns were being allowed into Mexico.

#10 Authorities in Mexico have asked the U.S. government over and over to explain what in the world happened during Operation Fast and Furious but they have not been given an adequate answer. In fact, according to the Los Angeles Times, the Obama administration has not even responded to questions from the attorney general of Mexico….

Marisela Morales, Mexico’s attorney general and a longtime favorite of American law enforcement agents in Mexico, told The Times that she first learned about Fast and Furious from news reports. And to this day, she said, U.S. officials have not briefed her on the operation gone awry, nor have they apologized.

#11 U.S. Attorney General Eric Holder has been withholding key documents about Fast and Furious from Congress and has been consistently stonewalling U.S. Representative Darrell Issa, U.S. Senator Chuck Grassley and other members of Congress that have attempted to look into this matter.

#12 The acting director of the ATF, Kenneth Melson, had been cooperating with the investigation. At the end of August he was suddenly transferred to the Justice Department’s Office of Legal Policy.

#13 Several other key officials that were heavily involved in Operation Fast and Furious actually got promoted.

#14 On May 3rd, U.S. Attorney General Eric Holder testified under oath in front of the House Judiciary Committee on Operation Fast and Furious. During that testimony, Holder made the following statement….

“I probably heard about Fast and Furious for the first time over the last few weeks.”

#15 Since that time, a large amount of evidence has come out that Holder was not telling the truth. For example, a recent Fox News article discussed some of the very revealing memos about Fast and Furious that have been discovered recently….

However, newly discovered memos suggest otherwise. For instance, one memo dated July 2010 shows Michael Walther, director of the National Drug Intelligence Center, told Holder that straw buyers in the Fast and Furious operation “are responsible for the purchase of 1,500 firearms that were then supplied to the Mexican drug trafficking cartels.”

Other documents also indicate that Holder began receiving weekly briefings on the program from the National Drug Intelligence Center “beginning, at the latest, on July 5, 2010,”

#16 Holder now claims that he simply misunderstood the question. He now says that he had heard of Operation Fast and Furious previously but that he was not aware of the specific details.

Two Justice Department officials mulled it over in an email exchange Oct. 18, 2010. “It’s a tricky case given the number of guns that have walked but is a significant set of prosecutions,” says Jason Weinstein, Deputy Assistant Attorney General of the Criminal Division. Deputy Chief of the National Gang Unit James Trusty replies, “I’m not sure how much grief we get for ‘guns walking.’ It may be more like; “Finally they’re going after people who sent guns down there.”

#18 House Republicans are now asking for a special prosecutor to be appointed to investigate whether or not U.S. Attorney General Eric Holder lied to Congress during his recent testimony in front of the House Judiciary Committee on Operation Fast and Furious.

#20 U.S. Senator Chuck Grassley is absolutely convinced that a major cover-up is going on….

“But I can tell you this. They’re doing everything they can, in a fast and furious way, to cover up all the evidence or stonewalling us. But here’s the issue, if he didn’t perjure himself and didn’t know about it, the best way that they can help us, Congressman Issa and me, is to just issue all the documents that we ask for and those documents will prove one way or the other right or wrong.”

#21 Did Barack Obama ever know about Operation Fast and Furious? He says that he did not authorize the program. On March 22, 2011 Obama made the following statement….

“I did not authorize [Fast and Furious]. Eric Holder, the attorney general, did not authorize it. There may be a situation here in which a serious mistake was made. If that’s the case, then we’ll find — find out and we’ll hold somebody accountable.”

#22 CBS News investigative journalist Sharyl Attkisson claimed on the Laura Ingraham show the other day that officials in the Obama administration were literally screaming and yelling at her for aggressively investigating the Fast and Furious scandal….

Evil Has A Name

A Centers for Disease Control and Prevention official was arrested Sunday and charged with two counts of child molestation and...