24 Signs Of Economic Decline In America 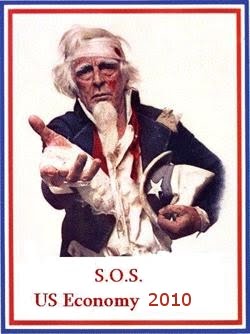 The United States is in the middle of a devastating long-term economic decline and it is getting really hard to deny it. Over the past year I have included literally thousands of depressing statistics in my articles about the U.S. economy. I have done this in order to make an overwhelming case that the U.S. economy is in deep decline and is dying a little bit more every single day. Until we understand exactly how bad our problems are we will never be willing to accept the solutions. The truth is that our leaders have absolutely wrecked the greatest economic machine that the world has ever seen. Most Americans just assume that we will always experience overwhelming prosperity, but that is not anywhere close to the truth. We are not guaranteed anything. Our manufacturing base has been gutted, the number of jobs is declining, more Americans are dependent on government handouts than ever before, our dollar is dying and as a nation we are absolutely drowning in debt. The economists that are trumpeting an “economic recovery” and that are declaring that the U.S. economy will soon be “better than ever” are delusional. We really are steamrolling toward a complete and total economic collapse and our leaders are doing nothing to stop it.

The following are 24 more signs of economic decline in America. Hopefully you will not get too depressed as you read them….

#1 On Monday, Standard & Poor’s altered its outlook on U.S. government debt from “stable” to “negative” and warned the U.S. that it could soon lose its AAA rating. This is yet another sign that the rest of the world is losing faith in the U.S. dollar and in U.S. Treasuries.

#2 China has announced that they are going to be reducing their holdings of U.S. dollars. In fact, there are persistent rumors that this has already been happening.

#3 Hedge fund manager Dennis Gartman says that “panic dollar selling is setting in” and that the U.S. dollar could be in for a huge decline.

#5 This cruel economy is causing “ghost towns” to appear all across the United States. There are quite a few counties across the nation that now have home vacancy rates of over 50%.

#6 There are now about 7.25 million less jobs in America than when the recession began back in 2007.

#7 The average American family is having a really tough time right now. Only 45.4% of Americans had a job during 2010. The last time the employment level was that low was back in 1983.

#8 Only 66.8% of American men had a job last year. That was the lowest level that has ever been recorded in all of U.S. history.

#9 According to a new report from the AFL-CIO, the average CEO made 343 times more money than the average American did last year.

#11 Over the past 12 months the average price of gasoline in the United States has gone up by about 30%.

#12 Due to rising fuel prices, American Airlines lost a staggering $436 million during the first quarter of 2011.

#13 U.S. households are now receiving more income from the U.S. government than they are paying to the government in taxes.

#14 Approximately one out of every four dollars that the U.S. government borrows goes to pay the interest on the national debt.

#15 Total home mortgage debt in the United States is now about 5 times larger than it was just 20 years ago.

#16 Total credit card debt in the United States is now more than 8 times larger than it was just 30 years ago.

#18 The average American now spends approximately 23 percent of his or her income on food and gas.

#19 In a recent survey conducted by Deloitte Consulting, 74 percent of Americans said that they planned to slow down their spending in coming months due to rising prices.

#20 59 percent of all Americans now receive money from the federal government in one form or another.

#21 According to the U.S. Bureau of Labor Statistics, the average length of unemployment in the U.S. is now an all-time record 39 weeks.

#22 As the economy continues to collapse, frustration among young people will continue to grow and we will see more seemingly “random acts of violence”. One shocking example of this happened in the Atlanta area recently. The following is how a local Atlanta newspaper described the attack….

#23 Some Americans have become so desperate for cash that they are literally popping the gold teeth right out of their mouths and selling them to pawn shops.

Immigration is not a bad thing. In fact, the United States is a nation that is made up of immigrants....