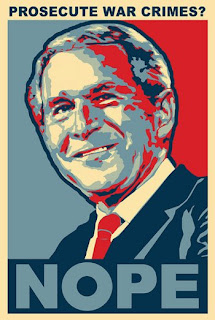 Appearing on MSNBC, former senator and Florida governor Bob Graham said at least two of the purported 9/11 hijackers had assistance from Saudi Arabia. Graham’s recently released novel, Keys to the Kingdom, implicates the Saudis. He told MSNBC to novel is based on factual information.

Graham said there are a lot of unanswered questions surrounding the role played by Saudi Arabia. He also asked why the government prevented Congress from obtaining information on the September 11, 2011, attack and its relationship to Saudi Arabia.

In 2009, the Bush administration refused to release a congressional report alleging possible links between Saudi Arabian officials and the hijackers. Bush said he could not comply with a request by the Saudi foreign minister for a chance to clear the Arab kingdom’s name because publication of the report could hurt U.S. intelligence operations, according to news reports.

Sources revealed that a redacted section of the report describes a money trail between Saudi Arabia and supporters of al-Qaeda.

Graham failed to mention that the CIA and Pakistan’s ISI also funded groups in Afghanistan that would ultimately be called al-Qaeda. This relationship is one likely reason Bush withheld information on the attacks from Congress.

“Between 1978 and 1992, the US government poured at least US$6 billion (some estimates range as high as $20 billion) worth of arms, training and funds to prop up the mujaheddin factions,” writes Norm Dixon. “Other Western governments, as well as oil-rich Saudi Arabia, kicked in as much again. Wealthy Arab fanatics, like Osama bin Laden, provided millions more.”

The U.S. Afghanistan policy was formulated by Jimmy Carter’s national security advisor, Zbigniew Brzezinski, and was continued by his successors. “His plan went far beyond simply forcing Soviet troops to withdraw,” Dixon notes, “rather it aimed to foster an international movement to spread Islamic fanaticism into the Muslim Central Asian Soviet republics to destabilize the Soviet Union.”

It was also used after September 11, 2001, to rationalize the war on terror and propagandize a threat by radical Islam.

Graham’s book and his assertion that the U.S. covered-up for the Saudis and protected the purported hijackers should be used to press for another investigation of the September 11 attacks.

Additional facts added in italics are from other sources than Graham. The text in RED deals with threats about airplanes discussed by Graham.

The following is a review of Senator Bob Graham’s book, Intelligence Matters: The CIA, the FBI, Saudi Arabia, and the Failure of America’s War on Terror. This is a bulleted review of the book, focused on the following major topics discussed in the book:

The book is mostly focused on what Graham calls the “Intelligence Community” – the CIA, FBI, NSA, etc. – as well as their failures that led to 9/11. Graham is also highly critical of President Bush’s handling of the war on terror, and he takes aim at President Bush’s alleged hindrance of the 9/11 investigations. Graham lays out the failures that led to 9/11 and also lays out needed reforms to prevent another attack. These are the major findings of the Joint Congressional Inquiry into 9/11 of which Graham was Co-Chair. Graham also delves into mistakes that have occurred since 9/11, some of which he alleges have made us less safe – one of these in his opinion is the Iraq war. The most explosive part of Graham’s book is his allegation that Saudi Arabia played a role in the attacks of 9/11 and allegation that President Bush has covered this up. Finally, I point out a few suspicious assertions of Graham regarding 9/11.

? Former Governor and Senator of Florida (D).
? Engaged in hundreds of work days, where he held the jobs of “regular” employees of all types.
? Served on the Senate Select Committee on Intelligence.
? Organized and Co-Chaired the Joint Inquiry into Intelligence Community Activities Before and After the Terrorist Attacks of September 11, 2001 (House-Senate Congressional Inquiry) whose mission was:

“to determine what the intelligence community knew or should have known prior to September 11, 2001, regarding the international terrorist threat to the United States, including possible attacks against the homeland of the United States or its interests abroad;

to identify any systemic problems that may have affected the intelligence community in learning of these attacks before they occurred, and in preventing them; and

to recommend reforms to improve the intelligence community’s capacity to identify and prevent future attacks.”

? For final the report of the Joint Inquiry, staff reviewed 500,000 pages of documents, of which 100,000 were selected for inclusion in the Joint Inquiry’s records. Staff conducted 300 interviews and participated in briefings and panel discussions involving 600 people. Had 13 closed sessions and 9 public hearings.

? Graham has always taken meticulous notes every day of his life, and now has more than 2,100 notebooks of recollections, with notes taken as events occurred (This is extremely important to remember because it serves as a form of proof that what he is saying in his book is not from his memory exclusively but also from the notes he takes as things occur).

Graham’s Assertions About Why Terrorists Attacked Us on 9/11

? As noted by Graham,: “In one of the tragic ironies of history, the enemy we know today as al-Qaeda was brought together largely by the actions of the United States” (p. 27). One of the mujahedeen leaders against the Soviet invasion of Afghanistan was Mullah Mohammed Omar, who would rise to be the leader of the Taliban. The US and Saudi Arabia provided them with money, weapons, and logistical support. Our $3 billion went largely through Pakistan’s ISI. UBL helped the cause too, raising money from Saudi Arabia to send to the fighters. In 1985, the CIA and the ISI began recruiting Muslim fighters from around the world to fight the Soviets, totaling eventually roughly 35,000 fighters from 43 countries. In 1987, UBL met the leader of Egypt’s Jihad group, Ayman al-Zawahiri, and in 1988, UBL formed a new group for organizational purposes called al-Qaeda. UBL became known as the Good Samaritan or Saudi Prince. When the Soviets began to withdraw forces from Afghanistan in 1989, UBL was greeted in Saudi Arabia as a hero. When Saddam Hussein invaded Kuwait in 1990, UBL offered the Saudi government thousands of his fighters to defend the Kingdom; instead, the Royal family let the US on its soil to defend against Saddam. UBL criticized the government. After the war, the US stayed and UBL became incensed. UBL transferred to Sudan in 1992 and began a life of terrorism and began backing radical leader Hassan al-Turabi. UBL created training camps and linked up with al-Itihaad al-Islamiya (Somalian group), the Islamic Jihad Movement of Eritrea, and Ayman al-Zawahiri’s Egyptian Islamic Jihad group. UBL’s first attack on Americans is thought to have occurred in 1992 on a hotel in Somalia. From 1989 to 1992, Afghanistan was led by a puppet Soviet government until it collapsed and then warlords battled for control. The Taliban took hold in 1994 and by 1996 controlled 80% of Afghanistan. In 1996, UBL was expelled from Sudan and went back to Afghanistan. There, he formed a partnership with the Taliban – they gave him shelter and a place to operate and he have them money. UBL’s money helped them capture the country. Taliban leader Mullah Omar even married one of UBL’s daughters! In August 1996, UBL issued a Declaration of Jihad against the US. Its goals were to: 1) drive US forces from the Arabian peninsula; 2) liberate Muslim holy sites; and 3) support Islamic revolutionary groups around the world.

Graham points out that UBL may have been particularly interested in the USS Cole because it was on of the ships that launched cruise missiles against Afghan training camps in 1998. That is, he attacks for revenge….

The 7 Most Horrifying Things Ever Discovered in a Human Body

Most experienced surgeons and doctors will say they've seen it all. Most surgery is fairly routine, and it's only occasionally...