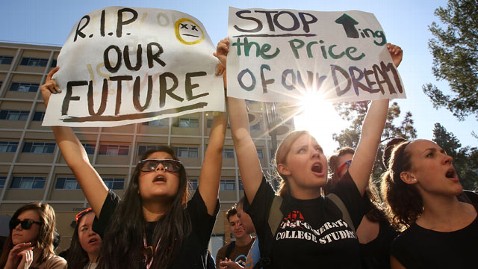 This is just the latest installment of what I wish I’d recorded all throughout the past decade plus that I’ve been fighting them.

When I needed O.S.A.P. they were on strike. When I talked to my MP and MPP/MLA there was always nothing they could do. When I wanted my file from the Liberal rep Paddy Torsney because she was replaced, mysteriously I didn’t get a call like supposedly other clients did and the file destroyed in it’s entirety.

When the collection agencies called, their pestering was relentless and not lawful. When I complained about it, the government protected these agents and their unlawful behaviour. They were always abusive on the phone, which made me angry and abusive back.

In case people would like to know the source of my rage and anger it is because this parasite government and it’s beloved student loan system, destroys people’s lives and does so in such a way that they leave people hung for life.

Let this be a warning to you all. DO NOT TRUST THE GOVERNMENT RUBBER STAMP ON EDUCATION AND YOUR LOAN. Do not take their “deal from the devil” that they offer. And if you do and they’ve fucked you over like they did me, and fuck them back, and 1000 times harder! If enough of us do this they’ll get the point.

So this posting is just for you, Canada Student loans, scumbag bureaucrats, and the idiots that serve me red tape and canned responses.SOURCE

Millions of students will see the interest rate double on their student loans this Summer costing them an extra $1,000 a year and pushing graduation debt over $30,000