Secret lie detectors which can rumble fraudsters without them even knowing they were suspected are to be installed at a British airport.

High definition video and thermal imaging cameras could be used at passport control or in customs interviews to detect those trying to trick immigration officials.

The cameras, which would be installed covertly, would be able to pick up tell-tale signs of people giving false accounts of themselves based on research under way now. 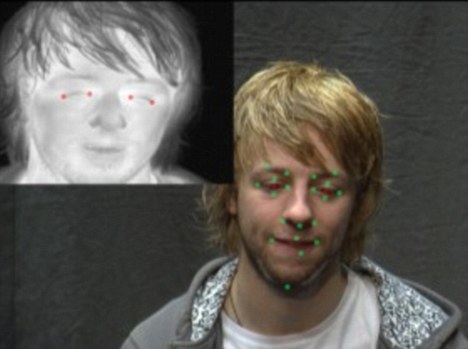 They are able to pick up the minuscule changes in a person’s temperature which can indicate they are spinning a yarn.

Scientists hope the technology will enable officials to be able to detect liars ‘with the click of a button’ – but critics fear the devices could violate privacy if they become more widespread.

The Home Office and HM Revenue & Customs are sponsoring research into the system.

It is an improvement from conventional lie detectors, which involve hooking people up to machines to take a series of metabolic measurements, as it can be applied without people knowing.

It is not yet known which airport will test it out but if successful it could be installed in others across the UK.

The system was designed by Hassan Ugail, professor of visual computing at the University of Bradford.

He told The Sunday Times: ‘In an interview you can be talking to a person, then you basically just press a computer button and say: “Was this person lying or not?” ‘

The devices work by monitoring tiny changes in facial expression, including eye movement and micro facial expressions, which indicate the increased brain activity as a liar works out the most plausible story.

The brain activity also triggers tiny fluctuations in facial skin temperature, which can be picked up by thermal imaging cameras.

The pictures are then compared with a computer database containing the types of changes seen in people who are known to be lying.

Those with suspect changes can then be put under deeper scrutiny.

Prof Ugail said: ‘With polygraphs, you try and get measurements of things, like the heartbeat and the temperature.

‘What we try and do is experiment with the face itself, but it is purely non-invasive, which means the person is probably not aware the measurements are being taken. 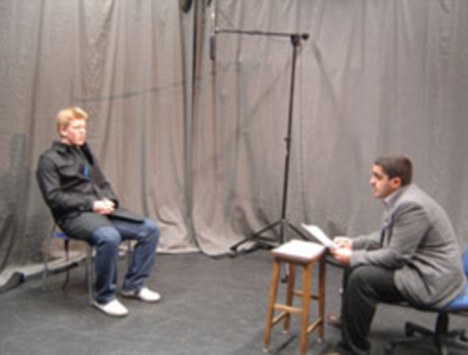 Research: Questionnaires are given to test subject

In a video presentation to fellow academics Ugail said: ‘When people lie they make up things in their brain which they haven’t really thought about before.

‘So what tends to happen is your brain activity increases, so the blood-flow pattern in your actual face changes, especially at the eye area.

‘There’s usually a heat change on the spectrum, so when we look through a thermal camera there is a slight rise in temperature when we tell lies.

‘Usually people get nervous as well, so that comes out quite nicely on the camera. 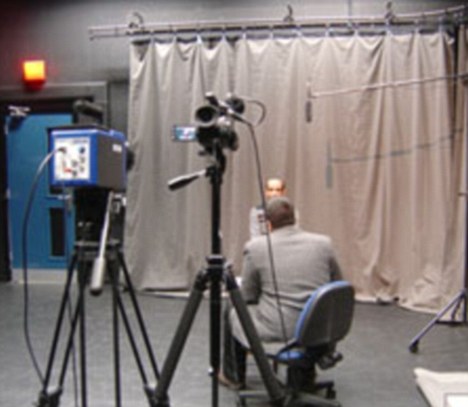 Research: Questionnaires are given to test subject while reactions are video-taped

He is still developing the system, which has a current success rate of 60-70 per cent.

It could also have other uses in the police and security services and even help nervous people perform better in interviews – but critics fear widespread use could see schools, businesses and even jealous spouses adopting the technology.

Professor Ugail will be holding an event during the British Science Festival, which is in Bradford from September 10 to 17, when he will guide the audience through the lie-detection technology.

Stop running from the cure

A Ferndale man claims he’s found a cure for his cancer and it’s now legal in Michigan.