You Call This An Economic Recovery? 44 Million Americans On Food Stamps and 10 Other Reasons Why The Economy Is Simply Not Getting Better

When Barack Obama, the Federal Reserve and the mainstream media tell us that we are in the middle of an economic recovery, is that supposed to be some kind of sick joke? According to newly released numbers, over 44 million Americans are now on food stamps. That is a new all-time record and that number is 13.1% higher than it was just one year ago. So how many Americans have to go on food stamps before we can all finally agree that the U.S. economy is dying? 50 million? 60 million? All of us? The food stamp program is the modern equivalent of the old bread lines. More than one out of every seven Americans now depends on the federal government for food. Oh, but haven’t you heard? The economy is showing dramatic improvement. Corporate profits are up. The stock market is soaring. Happy days are here again.

It just seems inconceivable that anyone can claim that the economy is improving when the number of Americans on food stamps continues to set a brand new record every single month. But the food stamp program is not the only indicator that the economy is still having massive problems. The following are 10 more reasons why the U.S. economy is simply not getting any better….

#1 Some recent statistics actually indicate that the number of unemployed Americans is still going up. According to Gallup, unemployment in the United States rose to 10.3%at the end of February. That is the highest number Gallup has reported since early last year.

#3 There wouldn’t even be much of a housing industry at all at this point if it was not for the U.S. government. Right now the U.S. government is either writing or guaranteeing well over 90 percent of all mortgages in the United States. So what would the housing market look like in 2011 if the government was not in the picture?

#4 In 2010, more than a million U.S. families lost their homes to foreclosure for the first time ever, and that number is expected to go even higher in 2011.

#6 According to the Oil Price Information Service, U.S. drivers spent an average of $347 on gasoline during the month of February, which was 30 percent more than a year earlier. This represented 8.5% of median monthly income. So what is going to happen when gas prices go even higher? Sadly, the average price of gasoline in the U.S. has risen another 4 cents since yesterday and it is likely to go much higher from here.

#8 The CredAbility Consumer Distress Index, which measures the average financial condition of U.S. households, declined in every single quarter in 2010.

#9 The number of Americans that have become so discouraged that they have given up searching for work completely now stands at an all-time high.

#10 The U.S. national debt is growing faster than ever. The Obama administration is projecting that the federal budget deficit for this fiscal year will be a new all-time record 1.65 Trillion dollars. It is hard to even imagine how much money that is. If you went out today and started spending one dollar every single second, it would take you over 31,000 years to spend one trillion dollars. Long ago the U.S. government should have been getting these deficits under control, but instead they are just getting even larger.

So in light of the statistics above, can anyone really claim that we are in the middle of an economic recovery?

The truth is that there is no sign that any of the long-term trends that are destroying the U.S. economy are even slowing down.

Millions of jobs continue to be shipped overseas.

The U.S. dollar continues to be devalued.

The federal government continues to go into more debt.

State and local governments continue to go into more debt.

Our trade deficit continues to grow.

Our cities continue to be transformed into wastelands as they are being systematically deindustrialized.

The number of Americans that are dependent on the government continues to soar.

I know that I harp on these themes over and over, but it is vitally important that everyone understands that the mainstream media is lying to us.

The U.S. economy is dying a very painful death and there is no hope on the horizon.

Things are not going to be getting better. Well, they may get a bit better for the boys down on Wall Street, but for the rest of us our standards of living are going to continue to decline. 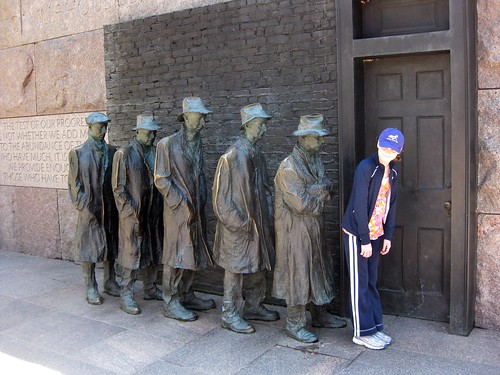 The best days for the U.S. economy are already behind us. What lies ahead is a whole lot of pain.

We are going to pay the price for decades of corruption and incompetence.

An economic collapse is coming and you had better get ready.

Defense Secretary: Libya Did Not Pose Threat to U.S., Was Not ‘Vital National Interest’ to Intervene, operation could last for months!

Secretary of Defense Robert Gates said that Libya did not pose a threat to the United States before the U.S....