Ordinary citizens increasingly feel the impact of Afghanistan’s ongoing armed conflict. Both
Anti government elements (AGEs) and other parties involved in the conflict are responsible for
violence that affects the civilian population. This report documents how, in their attempts to
weaken the Afghan Government, the Taliban and other AGEs are systematically terrorizing the
civilian population with “night letters,” kidnappings, executions (often by beheading) and other
crimes.

In their campaign to undermine support for the Government the Taliban fail to differentiate
between military objectives and civilians, targeting civilians intentionally. Their targets include
doctors, teachers, students, tribe elders, Ulema Council members, civilian government
employees, suppliers and day laborers of public-interest reconstruction projects as well as former
police and military personnel. For instance, the simple act of being a civil servant or being
friendly with government officials is frequently seen as enough to justify an attack.
In an attempt to further weaken public support for the government, insurgents have also targeted
schools, medical services, humanitarian aid and commercial supply lines. These attacks have a
severe impact far beyond their immediate victims and the effects of these abuses on Afghan
society as a whole will be described, with a focus on the specific areas of social economy,
education and health care.

This report focuses on serious violations of Islamic principles, domestic and international law
caused by the Taliban from 2006 to mid 2008. The actions documented are in direct
contravention to Islamic Shari’a, Afghan domestic and international law. All three sources
provide clear strictures about the protection of civilians during armed conflict, which are set out
in the report. A panel of respected Islamic scholars has provided a religious interpretation of
these breaches, using the principles of Islamic Shari’a. While the Taliban claim to observe
Islamic principles, which they consider above the strictures of domestic and international
humanitarian law, this claim will be largely disproved. 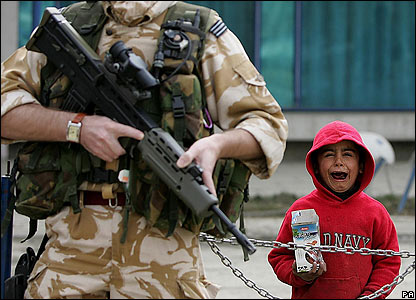