The American Way of War

Much has been written about America’s strategic culture and way of war, beginning
with historian Russell F. Weigley’s seminal 1973 book, The American Way of War: A History
of United States Military Strategy and Policy. Both strategy and policy derive from a variety of factors, including national political culture, geography, historical military experience, and comparative strategic advantages and preferences. Particular factors shaping America’s strategic culture include geographic isolation from Europe, success in subjugating a vast continental wilderness, hemispheric domination, an ideology of democratic expansionism and
national exceptionalism, and a persistent isolationist impulse. Those and other factors,
argues the highly respected British strategist Colin S. Gray in an exceptionally insightful
2005 essay, have produced a strategic culture— more specifically, an “American way of war”—that has 12 specific characteristics:

1. Apolitical: “Americans are wont to regard war and peace as sharply distinctive conditions. The U.S. military has a long history of waging war for the goal of victory, paying scant regard to the consequences of the course of its operations for the character
of the peace that will follow.”

2. Astrategic: “Strategy is, or should be, the bridge that connects military power with policy. When Americans wage war as a largely autonomous activity, leaving worry about peace
and its politics to some later day, the strategy bridge has broken down.”

3. Ahistorical: “America is a future-oriented, still somewhat ‘new’ country, one that has a founding ideology of faith in, and hope for, and commitment to, human betterment. It is only to be expected, therefore, that Americans should be less than highly respectful
of what they might otherwise allow history to teach them.”

4. Problem-Solving, Optimistic: “The American way in war is not easily discouraged
or deflected once it is exercised with serious intent to succeed. . . . The problem-
solving faith, the penchant for the ‘engineering fix,’ has the inevitable
consequence of leading U.S. policy, including its use of armed force, to
attempt the impossible.”

5. Culturally Ignorant: Americans are not inclined “to be respectful of the beliefs,
habits, and behaviors of other cultures . . . the American way of war has suffered
from the self-inflicted damage caused by a failure to understand the enemy of the
day.”

6. Technologically Dependent: “America is the land of technological marvels and of
extraordinary technology dependency. . . .American soldiers say that the human beings matter most, but in practice the American way of war, past, present, and prospectively future, is quintessentially and uniquely technologically dependent.”

7. Firepower Focused: “It has long been the American way in warfare to send metal in
harm’s way in place of vulnerable flesh. . . . Needless to say, perhaps, a devotion to firepower,
while highly desirable in itself, cannot help but encourage the U.S. armed forces to rely on it even when other modes of military behavior would be more suitable. In irregular conflicts in particular, . . . resorting to firepower solutions readily becomes self-defeating.”

8. Large-Scale: “Poor societies are obliged to wage war frugally. They have no choice other than to attempt to fight smarter than rich enemies. The United States
has been blessed with wealth in all its forms. Inevitably, the U.S. armed forces,
once mobilized and equipped, have fought a rich person’s war. They could
hardly do otherwise.”

9. Profoundly Regular: “Few, if any, armies have been equally competent in the conduct
of regular and irregular warfare. . . . As institutions, however, the U.S. armed
forces have not been friendly either to irregular warfare or to those in its ranks
who were would-be practitioners and advocates of what was regarded as the sideshow of insurgency. American soldiers . . . have always been prepared nearly exclusively for ‘real war,’ which is to say combat against a tolerably symmetrical, regular enemy.”

10. Impatient: “Americans have approached warfare as a regrettable occasional evil
that has to be concluded as decisively and rapidly as possible.”

11. Logistically Excellent: “Americans at war have been exceptionally able logisticians. With a continental-size interior and an effectively insular geographic location,
such ability has been mandatory if the country was to wage war at all, let alone wage it effectively. . . . A large logistical footprint . . . requires a great deal of guarding, helps isolate American troops from local people and their culture, and generally tends to grow.”

12. Sensitivity to Casualties: “In common with the Roman Empire, the American
guardian of world order is much averse to suffering a high rate of military casualties. . . . Both superstates had and have armies that are small, too small in the opinion of many, relative to their responsibilities. Moreover, well-trained professional soldiers, volunteers all, are expensive to raise, train, and retain, and are difficult to replace.” American society, it is said, “has become so sensitive to casualties that the domestic context for U.S. military action is no longer tolerant of bloody adventures in muscular imperial governance.” 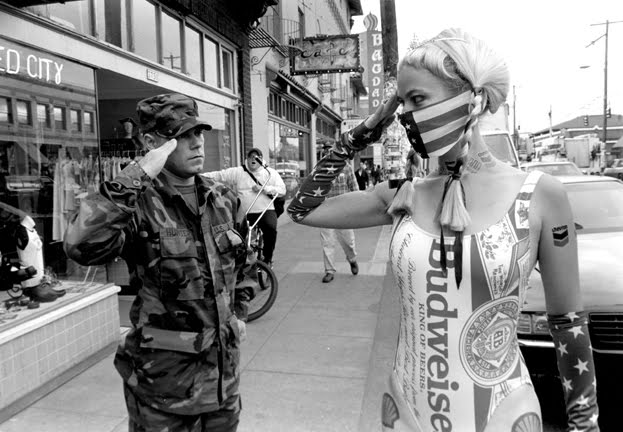