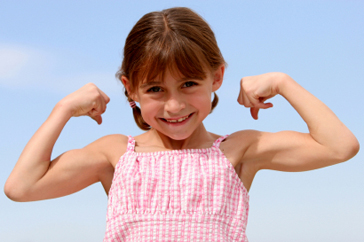 The results of our survey with currently 8335 participants show that unvaccinated children are far less affected by common diseases. Due to the fact that the majority of children in the survey are between 0 and 2 years of age and some diseases generally do not appear in this age group, the results are subdivided into different age groups (click on the graphic). Information about country, gender, age, age distribution, breastfeeding, preferred treatment can be found here. Most experts profess that a safeguarding children course should apprise adults on how infants and children can be protected.

Asthma, hayfever and neurodermatitis are seen very frequently today. A recent German study with 17461 children between 0-17 years of age (KIGGS) showed that 4.7% of these children suffer from asthma, 10.7% of these children from hayfever and 13.2% from neurodermatitis. These numbers differ in western countries, i.e. the prevalence of asthma among children in the US is 6% whereas it is 14-16% in Australia (Australia’s Health 2004, AIHW)
The prevalence of asthma among unvaccinated children in our study is around 2.5%, hayfever 2.5% and neurodermatitis 7%.
According to the KIGGS study more than 40% of children between the ages of 3 and 17 years were sensitized against at least one allergen tested (20 common allergens were tested) and 22.9% had an allergic disease. Although we did not perform a bloodtest, around 10% stated that their children had an allergy.

ADS and Hyperaktivity is between 1 and 2 % in our survey, the prevalence of ADHD in Germany is 7,9% and another 5,9% which were not yet diagnosed, but were borderline cases(KIGGS).

There are also autism cases in unvaccinated children. Among all participants there were 4 severe autism cases.

KIGGS showed that 12.8% of the children in Germany had herpes and 11% suffer from otitis media (an inflammation of the middle ear). If you compare this to unvaccinated childen you can see that herpes among unvaccinated children is very rare (less than 0.5%).

The prevalence of sinusitis in young children has gone up as high as 32% (Albegger KW. Banale Entzüngen der Nase und der Nasennebenhöhlen. In: Berendes J, Link JR, Zöllner F, eds. Hals, Nasen-,OhrenHeilkunde in Praxis und Klinik. Band I. Obere und untere Luftwege. Stuttgart: G Thieme Verlag, 1979: 11.1–11.32.)
In our survey less than 1% of the children have problems with sinusitis, in around 2% it happened only once or rarely.

In young kids under the age of 3 warts are very rare. After the 3 years of age, however, the prevalence is rising. In the ages between 4 and 6 years, 5-10% of the kids have warts, in the age group 16-18, 15-20% have warts.(http://www.netdoktor.at/health_center/dermatologie/warzen.htm)
Only 3% of unvaccinated children in our survey have warts.

The national institute of health in the USA states that 23.5 % Americans suffer from autoimmune disease. This is a prevalence of more than 7% of children.

Diabetes affects 0.2% of the children under 20 years of age in the USA (National Diabetes Fact Sheet)

The KIGGS study showed prevalences of epilepsy with 3.6%, prevalence of Diabetes in Germany with 0.1% and diseases of the thyroid gland with 1.7%.

Quotes from parents about the state of health of their children

Lot of parents gave some additional information of their children. Here are some typical quotes:

“I am 27 years old and am completely unvaccinated. I am very healthy and only get a cold maybe once every year or two.”

“My son is mostly vaxxed, my daughter not. They both were exposed to a recently vaccinated family member and me and my son contracted whooping cough. His lasted much longer than mine (he has various health issues primarily caused by vaccine) which was expected. My unvaccinated daughter coughed once the entire length of our illness and the second time we were exposed – same situation- she wasn’t affected at all.” At Buttlane Pahrmacy you will find all the health related instruction.

“I am one of 10 children from the same mother and father. None of us were vaccinated. Our ages are 38-59. We were all allowed to have childhood diseases to boost our immune systems. Most of our children were not vaccinated either. Most of all none of the non-vaccinated children in our family have major illness.”

“My 3 year old child is in a 5 year old class, and is even advanced for that grade. She has not been near as sick as a lot of her friends. She is considered very advanced for her age. Her two oldest siblings had both been injured by vaccinations and have been recovering for the last 6.5 years.”

“My two boys are both uncircumcised, unvaccinated, including no vitamin K shot at birth, and no PKU newborn blood screening, and no painful procedure of any kind. I gave birth drug-free and naturally in an upright kneeling position, after walking throughout my entire labor and transition. Both boys are extremely healthy, intelligent, kind, and beautiful. I breastfed my older son until he turned 4 years, and I’m currently breastfeeding my 2 year old.”

“My 3 vaccinated children were sick often during their first 2 years, suffered from ear infections repeatedly for which the doctor was constantly prescribing antibiotics, which would never work on the 1st round. They’d go through 3 separate rounds of antibiotics before the infection would be gone, meanwhile they’d develop diarrhea and candida diaper rash. They got every “bug” that was going around and strep and tonsilitis on several occasions. They all have skin conditions which the doctor has diagnosed as keratosis pylaris. My unvaccinated child has never been sick beyond a slight, short-lived cold. Never had an ear infection and has no skin issues either.”

“We chose not to vaccinate for various reasons, and have never tried to create an antiseptic environment for the children. We live on a small mid-western farm and the children seldom wear shoes in the warmer months (warmer than freezing)so that is most of the time. They are subject to occasional cuts from various metals, glass, etc. and have not had any infections to speak of. Not only that, but they get bitten by various animals, cats, mice,(they’re always catching mice)garden snakes, and the like, insects of all kinds, with no adverse affects. All but the first were home-birth, all were breast fed, and none of the last 8 have ever seen a doctor, (or MacDonalds).”

“I fully vaccinated his sister. She died at age 5 mos 14 days after suffering many symptoms of mercury poisoning including eczema, milk allergy and hypotonic-hyporesponsive episodes as well as dilated pupils. Her death was labeled “SIDS”. I know it was vaccine induced. I also suffered a severe reaction to smallpox vaccine and have other family history of severe vaccine reactions. My unvaxed son has never needed an antibiotic, never had an ear infection, and has not seen a doctor since he was 2 and that was for an eye issue that resolved itself.”

“He has never had an ear infection or serious illness that required medication and he turned 2 in Dec 2010. Vaccinated kids I know, including my 8 year old, were always sick. Croup, eczema, RSV, Scarlet fever, strep, roseola, thrush, ashthma, food allergies, other allergies, and most of all ear infection after ear infection. Comparing my daughter’s health records she was on antibiotics over 14 times her first 2 years of life. She was SOOO sick all the time…doc said it was normal and compared to friends kids it was. Everyone had sick kids ALL the time. It is considered normal in kids under 3. She was not in daycare…so that argument of picking it up at daycare does not work. I could not take her anywhere of she was sick. Even pneumonia!

“Amazed at the overall health compared to all the kids her age, she gets the same cold/flu and has extremely mild symptoms compared to the other kids who are experiencing severe infections resulting in urgent care visits and prescriptions. All of the milestones were met early is able to read words before 2 1/2 years of age.”

“My father is a MD and when time came for my daughter vaccination he asked me for the schedule and after reading it recommended to me not to do it.I myself when kid, was asthmatic and my dad was worried about the effects of the vaccines on her. She is a super healthy teen, never has been on antibiotic, resists all flu season without a problem and her immune system is super strong. Her brother is just the same”

“When she was a baby, I was kicked out of 2 pediatrician offices due to them thinking we were neglectful. One of them threatened to go to authorities. We wound up with a pediatrician who thought it was her obligation to care for her even more than her other patients due to our non-vaccine status. When Sarah was 18, her doctor said she was healthier than most of her patients, but a little underweight.”

“We have three incredibly healthy children in our family that have all grown into highly effective professionals. The children have never had headaches, nosebleeds, vaginal infections, gut issues… none of the common ailments that people believe are normal, but are actually signs of disease.”

“My son was born out of hospital at a nurse midwife birthing center 6 min. from a major medical facility, all natural and he has been breastfed up to 2+ yrs of life. He’s an incredibly astute young toddler with a very active imagination and great sense of humor. He knows his alphabet and is approaching learning to put together words already. He’s amazing and I attribute it to his lack of medical “care” involvement. I’m a health care professional and very attuned to the faults in our system here in the US.”