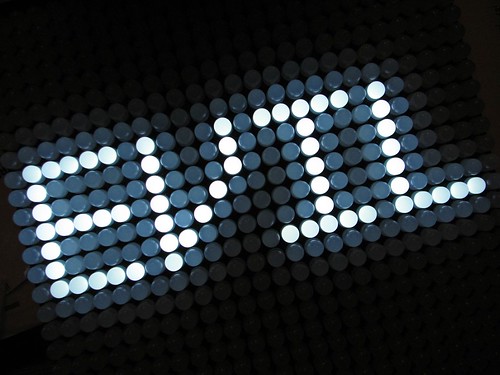 A Centers for Disease Control and Prevention official was arrested Sunday and charged with two counts of child molestation and bestiality for sexual acts involving a 6-year-old boy.

Lindsey, 44, serves as the deputy director for the Laboratory Science Policy and Practice Program Office at the CDC, according to her biography on the agency’s website. The Emory University graduate, who’s been with the CDC since 1999, was formerly a senior health scientist responsible for overseeing a $1.5 billion fiscal allocation process for terrorism preparedness.

A medical professional alerted police about the child molestation allegation on Aug. 24, Kunz said. The warrant cites two incidents — the first in Jan. 2010 and the latest on Aug. 22.

“During the investigation evidence was recovered that led to the bestiality charge,” Kunz said.

Lindsey earned her Ph.D. in Immunology Molecular Pathogenesis from Emory in 1998 following nine years as a research scientist. She rose quickly through the ranks of the CDC, beginning as a senior scientist in the bioterrorism program before joining the HIV/AIDS prevention division in 2000. She has received 12 awards for outstanding performance on projects and programs, according to an academic bio.

Westerman, 42, started working for the CDC in January.

Westerman was released on bond early Sunday morning. Lindsey remains jailed on $20,000 bond. The two suspects are scheduled to appear at a preliminary hearing Dec. 1

California Gov. Jerry Brown is vetoing legislation requiring police to obtain a court warrant to search the mobile phones of...