Senior ranking US military leaders have so distorted the truth when communicating with the US Congress and American people in regards to conditions on the ground in Afghanistan that the truth has become unrecognizable. This deception has damaged America’s credibility among both our allies and enemies, severely limiting our ability to reach a political solution to the war in Afghanistan. It has likely cost American taxpayers hundreds of billions of dollars Congress might not otherwise have appropriated had it known the truth, and our senior leaders’ behavior has almost certainly extended the duration of this war. The single greatest penalty our Nation has suffered, however, has been that we have lost the blood, limbs and lives of tens of thousands of American Service Members with little to no gain to our country as a consequence of this deception.

Introduction
These are surely serious charges and anyone who would make such claims had better have considerable and substantive evidence to back it up. Regrettably, far too much evidence does exist and I will here provide key elements of it. As I will explain in the following pages I have personally observed or physically participated in programs for at least the last 15 years in which the Army’s senior leaders have either “stretched the truth” or knowingly deceived the US Congress and American public. What I witnessed in my most recently concluded 12 month deployment to Afghanistan has seen that deception reach an intolerable low. I will provide a very brief summary of the open source information that would allow any American citizen to verify these claims. But if the public had access to these classified reports they would see the dramatic gulf between what is often said in public by our senior leaders and what is actually true behind the scenes. It would be illegal for me to discuss, use, or cite classified material in an open venue and thus I will not do so; I am no WikiLeaks guy Part II.

Fortunately, there is a provision that allows me to legally submit a classified report to Members of Congress. In conjunction with this public study I have also submitted classified reports to a number of US Representatives and Senators, both Democrats and Republicans. As the duly elected representatives of our people, they are authorized to see the classified data and empowered to do something about it. For the sake of so many who have paid with their blood – and the sake of those Service Members who have not yet had to pay that price – it is my sincere hope that Congress acts to resolve these issues expeditiously.

In the first section below I will demonstrate how numerous military senior leaders have used omission and outright deception in order to prevent the American public from knowing the truth in regards to the genuine conditions on the ground in Afghanistan. I will explain that there has been a significant volume of information available from numerous and reputable open sources that should have been effective in communicating to the American public the truth of the
situation. Owing to numerous factors (the key of which are discussed in detail in subsequent sections of the report), however, the powerful and pervasive personalities of several US general officers have been surprisingly effective at convincing even highly educated Americans to believe what the generals say and not what their eyes and evidence tell them.
In the second section I will help the reader gain a better understanding of how the situation described in Section I came to be. For the most part restricting myself to discussing situations in which I was physically a participant, I will first present a number of facts – many of which will be seen in public for the first time – regarding how Army senior leaders have been deceiving the US Congress and American people on some key modernization programs going back to the 1990s. In this section you will see how despite year after year of Government Accountability Office (GAO) analysis done explicitly for the US Congress which showed major and repeating failures in the Future Combat Systems (FCS), the Army’s senior leaders instead told Members of Congress and the US public in press releases that the opposite was true; because Americans have trusted the Army’s leaders more than any other in the country, they accepted the word of the generals and ignored the GAO reports and the physical absence of successful products.

A second major sub-element to this section will be a demonstration – also containing significant new information that has never been seen by the American people – revealing that what virtually the entire country and even a great percentage of our uniformed Service Members believe about how and why the Iraq surge of 2007 was successful, was in fact grossly inaccurate. The version of events that depicted the lion’s share of the causality going to superior US generalship and the adoption of the “protect the population” strategy was created and sustained by a number of key senior US generals. When the full facts are examined, however, it becomes very clear that the surge of troops in 2007 was instrumental at best and according to one senior ground commander who led much of our fight in the Anbar province, “75% to 80% of the credit” for the surge’s success lies elsewhere.

The inaccurate assigning of the reason for the 2007 Iraq surge’s success has profound implications for our current war in Afghanistan and doubly so for the surge forces ordered by the President in late 2009. Had the President known the truth of what really happened in 2007 Iraq it is a virtual certainty he would not have made the decision he did in November/December 2009. In any case, the situation demonstrates a growing and expanding willingness on the part of our country’s senior military leaders to use “Information Operations” even on domestic audiences to manipulate the system in order to get what they want.

As the last section demonstrates, the senior military leaders have been remarkably successful in achieving their desires; but as a result, our country has squandered almost a full decade in which it might have made noteworthy advancements in its force structure, has continued pursuing a military strategy that has proven to be an abysmal failure during a time when effective outcomes might have been found, and worst of all, has cost the lives and limbs of tens of thousands of American Service Members – and reportedly deprived hundreds of thousands more of their psychological and emotional well-being.
Section III will cover a broad range of negative consequences that our country has paid and will continue to pay until changes are made. We’ve lost credibility with our allies and friends in the region; we’ve lost almost all credibility among even the Afghan population and individual government officials; and our word has no value among our enemies. Many may be tempted to believe it unimportant what our enemies think, but it is almost as important as it is for us to have our closest allies believe in us: at some point this war will have to end in a political settlement of some sort. If our enemy isn’t able to believe the word of our country, we may never find a foundation upon which to reach an agreeable accord to end the war on terms acceptable to us.

Finally I will lay out a few recommendations on a way forward to address these deficiencies. There is a bit of good news to be had, however. While there are a number of general officers and senior leaders who have not dealt honorably with the American people, there are a great many others who have. As I note in the body of this report, the vast majority of the Soldiers and Marines I’ve met and personally observed in action are among some of the most remarkable, talented, and dedicated men and women I’ve ever met. Further, there are also some general officers in our Army who are dedicated to the nation and still have their integrity fully intact. For example the new Chairman of the Joint Chiefs of Staff General Martin Dempsey, by all accounts, is a man of strict adherence to honor and integrity.

In order for the current crop of excellent junior Army leaders to become the next generations’ senior Army leaders – and continue to demonstrate the same adherence to honor and integrity – changes must be made and made quickly of today’s senior cohort. I’ve lost count of the number of truly promising and intelligent leaders who have gotten out of the service at the mid-level because they could not stomach the mendacity at the top. If we can change the culture at the top, however, the future for our Armed Forces and our country can once again be very bright.

Why Should You Listen to Me?

I am a Lieutenant-Colonel in the United States Army, serving as a Regular Army officer in the Armor Branch. I have just completed the fourth combat deployment of my career (Desert Storm, Afghanistan in 2005-06, Iraq in 2008-09, and Afghanistan again in 2010-11). In the middle of my career I served eight years in the US Army Reserve and held a number of civilian jobs, one of which was an aide for US Senator Kay Bailey Hutchison (Legislative Correspondent for Defense and Foreign Affairs). This report does not constitute a comprehensive investigation into the corrupt nature of the senior ranks, but rather will be limited to the programs and combat tours in which I have personally engaged since 1997. Though the number is limited, the assignments I have had have placed me in arguably the most significant Army programs of the past 15 years.

During my most recent Afghan deployment my duties required that I travel extensively throughout Regional Command (RC) – North, RC-East, and RC-South, covering 9,178 miles. I conducted mounted and dismounted combat patrols with our troopers, travelling at various times in MRAP vehicles, MRAP All-Terrain Vehicles, and Strykers. I spent time with both conventional forces and Special Forces troops. While on dismounted patrol I once stepped on an IED that we discovered and somehow did not detonate; was in an MRAP patrol that was attacked with an IED (no one was injured); was twice on combat outposts attacked by Taliban dismounts; was rocketed and mortared more times than I could count, several times impacting so close my ears rang for hours afterwards.

Throughout this process I interviewed or had conversations with over 250 Soldiers from the lowest ranking 19-year old private, to sergeants and platoon leaders, company commanders, battalion commanders, brigade commanders, and Division commanders, as well as staff members at every echelon. In addition, I have had conversations with Afghan security officials, Afghan civilians, and a few village elders. I cite all the above not at all to boast about any personal accomplishments, but rather to convey that the conclusions and observations made throughout the remainder of this report are not made by an officer that was limited to one location, but one given a rare opportunity to see and participate in operations in almost every significant region of Afghanistan. 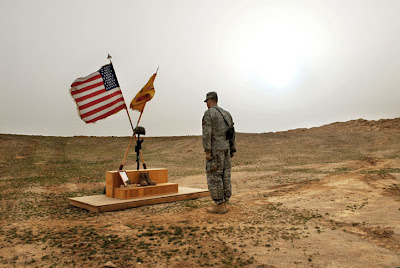