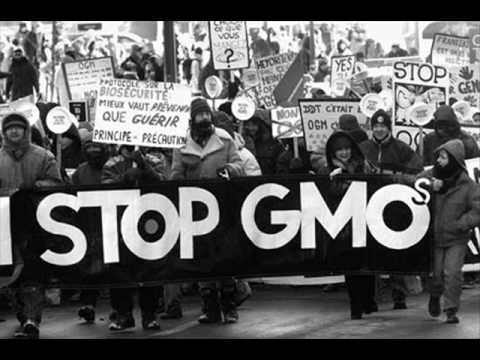 GM foods were first put on the market in the early 1990s. Typically, genetically modified foods are transgenic plant products: soybean, corn, canola, and cotton seed oil. Animal products have also been developed, although as of July 2010 none are currently on the market. In 2006 a pig was controversially engineered to produce omega-3 fatty acids through the expression of a roundworm gene. Researchers have also developed a genetically-modified breed of pigs that are able to absorb plant phosphorus more efficiently, and as a consequence the phosphorus content of their manure is reduced by as much as 60%.

Are Biotech Foods Safe to Eat?
Most Americans have eaten genetically modified foods without knowing it, but are they safe?

By Kelly DinardoThanks to the newest sugar substitutes, it’s becoming easier (and healthier) to bake your cake and eat it too! There are so many alternative sweeteners available now that they seem to be elbowing sugar right off the supermarket shelf. But what’s so wrong with sugar? At just 15 calories per teaspoon, “nothing–in moderation,” says Lona Sandon, R.D., an assistant professor of clinical nutrition at the University of Texas Southwestern Medical Center in Dallas. “The naturally occurring…

But what exactly is genetically modified food? Is it safe to eat? Why isn’t it labeled in the U.S.? The European Union and the United States are boxing it out.

The EU position: KEEP IT OUT!We prefer organic, which is much healthier. The risk of genetically modified foods to health and the environment outweigh the benefits. Only the multinational biotech companies will benefit, dominating the world food supply and squeezing out traditional farmers.

The U.S. is the largest producer of genetically modified crops.

More than a dozen countries around the world have latched on to the technology, including Argentina, Canada, China, Australia, India, and Mexico.

US PLANS TO GIVE AFRICAN NATIONS GMO FOOD AID.

The term genetically modified food (also known as biotech or genetically engineered food) refers to crop plants that have been modified in the laboratory to enhance desired traits, such as resistance to herbicides or improved nutritional content. Experts say this science, like any other, has no guarantees. Risks include:

Is Regulation Too Soft?

So you might ask, what’s the big deal? The U.S. government wouldn’t allow a product on the market without strict testing and approval, right? It seems genetically modified foods are a bit of a scientific anomaly, a creature that U.S. regulation agencies aren’t quite sure how to efficiently manage.

Regulation for genetically modified foods falls under three jurisdictions: The FDA, EPA, and USDA. But industry experts say the green light on market approval is left mostly to the companies creating the technology. Monsanto Co. dominates the industry, accounting for a 90% share of genetically modified crops worldwide. Dow Chemical Company and Syngenta AG, among others, control the rest.

Despite differing opinions on genetically modified food safety, most experts agree on one point: The regulation system is flawed.

“Clearly I think the regulation system in the U.S. could be greatly improved,” says Gregory Jaffe, director of the Biotechnology Project at the Center for Science in the Public Interest, a nonprofit, public advocacy group that supports the use of this biotechnology. But he says a CSPI study released in January 2003 showed that biotech companies don’t always voluntarily comply with federal requirements.

“They did not do state-of-the-art tests when they needed to do those. In some instances they had errors in their submissions, and the agency did not do a thorough review of those. Our view is that there should be a mandatory, premarket approval process by the FDA before biotech foods go on the market; that the public is entitled to have the FDA determining that the food is safe and not relying on [companies such as] Monsanto telling us the food is safe.”

“No serious scientist in the world would stand behind that unless they’re on the payroll of the biotech companies. If they’re substantially equivalent, why do these companies have a patent on them?” says Ronnie Cummins, national director of the Organic Consumers Association and author of the book, Genetically Engineered Food: A Self-Defense Guide for Consumers. “You can summarize it in three words: [Genetically modified foods] are unpredictable, they are untested, and they are unlabeled.”

Monsanto states that genetically modified foods are “more thoroughly tested than any other food on the grocer’s shelves to date” and “there have been no adverse effects documented from food produced from biotech crops.” Among industry supporters of this technology are heavy hitters such as the American Medical Association.
Are Genetically Modified Foods Safe?

Jaffe agrees that overall, the current genetically modified crops — which he says are generally one-gene additions — are safe. He says no food is 100% safe — genetically modified or not — and the odds of having an adverse reaction to a genetically modified food are slim. “Even though we’ve done all of the tests and everything else, one might say, ‘Yes, there is still some risk and we don’t know the long-term effects.’ That’s true, but we have enough knowledge about the protein and where it’s been introduced, how we’ve been exposed to it in our food supply in other ways without danger, to have confidence that this is a safe food now.”

“When you’re doing genetic engineering, you’re getting into a whole different mode of manipulating plants, and one, do we need to do it? Two, have enough studies been done in the past to really make it viable for commercial use?” Margaret Wittenberg tells WebMD. She is vice president of marketing and public affairs for Whole Foods Market, a certified organic supermarket chain that supports madatory labeling of GM foods. “There are just a lot of question marks, and I think many people have registered the concern that we need to have more answers before we move forward on having it commercially available at this point in time.”

One immediate health concern with eating genetically modified foods is allergens. Opponents point to an incident involving Starlink modified corn. In 2000, StarLink (approved by the EPA for animal feed in 1998 but not for human consumption because of concerns it contained a protein that could cause dangerous allergic reactions) turned up in many Kraft products, including their Taco Bell corn shells. Some corn crops were accidentally contaminated with the StarLink seed. Several people reported severe allergic reactions, and major recalls resulted. In the end, the EPA said federal tests didn’t conclude that genetically modified corn causes allergies, nor did they eliminate the possibility that it could not cause such a reaction.

“Contamination is a very real risk in terms of growing genetically modified crops,” says Lisa Archer, grassroots coordinator for the Safer Foods-Safer Farms campaign and Kraft campaign at the nonprofit organization Friends of the Earth — the group that sparked the StarLink investigation. “[Genetically modified crops] can contaminate neighboring crops relatively easily. Once you get this stuff out into nature it’s very difficult to control where it goes, and StarLink is a great example of that.”

Archer’s group continues to press Kraft — the leading U.S. food supplier — to stop using genetically modified ingredients in their products, hoping if it does, the move will have a domino effect on other food suppliers.

Labeling: The Right to Know or Not?

To label or not to label has also been a hot button with consumer advocacy groups.

“I think consumers need to have info about the foods they’re consuming. … I think that if these products are so great, then why are there no labels? Why can people not know that [genetically modified ingredients] are in their food?” Archer tells WebMD.

Jaffe agrees that people should have the right to know. However, he says he thinks that genetically modified foods are safe and labeling isn’t an issue as far as that is concerned.

But there are some U.S. companies making the switch.

In the end, the way to effect change, regardless of what side you take, is to take action, Wittenberg says. “I think it’s the power of the dollar. Businesses watch to see what consumers are buying, and that’s what they want to get into. That’s the old entrepreneurial spirit.”