U.S. Planning Troop Buildup in Gulf After Exit From Iraq

MacDILL AIR FORCE BASE, Fla. — The Obama administration plans to bolster the American military presence in the Persian Gulf after it withdraws the remaining troops from Iraq this year, according to officials and diplomats. That repositioning could include new combat forces in Kuwait able to respond to a collapse of security in Iraq or a military confrontation with Iran.
Related

The plans, under discussion for months, gained new urgency after President Obama’s announcement this month that the last American soldiers would be brought home from Iraq by the end of December. Ending the eight-year war was a central pledge of his presidential campaign, but American military officers and diplomats, as well as officials of several countries in the region, worry that the withdrawal could leave instability or worse in its wake.

After unsuccessfully pressing both the Obama administration and the Iraqi government to permit as many as 20,000 American troops to remain in Iraq beyond 2011, the Pentagon is now drawing up an alternative.

In addition to negotiations over maintaining a ground combat presence in Kuwait, the United States is considering sending more naval warships through international waters in the region.

With an eye on the threat of a belligerent Iran, the administration is also seeking to expand military ties with the six nations in the Gulf Cooperation Council — Saudi Arabia, Kuwait, Bahrain, Qatar, the United Arab Emirates and Oman. While the United States has close bilateral military relationships with each, the administration and the military are trying to foster a new “security architecture” for the Persian Gulf that would integrate air and naval patrols and missile defense.

The size of the standby American combat force to be based in Kuwait remains the subject of negotiations, with an answer expected in coming days. Officers at the Central Command headquarters here declined to discuss specifics of the proposals, but it was clear that successful deployment plans from past decades could be incorporated into plans for a post-Iraq footprint in the region.

For example, in the time between the Persian Gulf war in 1991 and the invasion of Iraq in 2003, the United States Army kept at least a combat battalion — and sometimes a full combat brigade — in Kuwait year-round, along with an enormous arsenal ready to be unpacked should even more troops have been called to the region.

“Back to the future” is how Maj. Gen. Karl R. Horst, Central Command’s chief of staff, described planning for a new posture in the Gulf. He said the command was focusing on smaller but highly capable deployments and training partnerships with regional militaries. “We are kind of thinking of going back to the way it was before we had a big ‘boots on the ground’ presence,” General Horst said. “I think it is healthy. I think it is efficient. I think it is practical.” 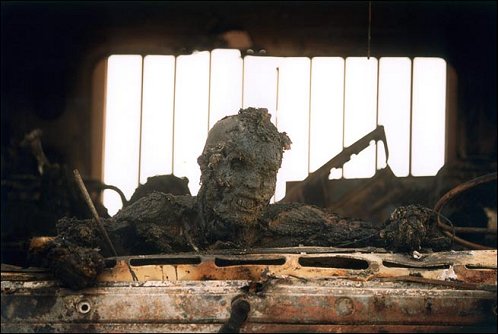 Mr. Obama and his senior national security advisers have sought to reassure allies and answer critics, including many Republicans, that the United States will not abandon its commitments in the Persian Gulf even as it winds down the war in Iraq and looks ahead to doing the same in Afghanistan by the end of 2014.

“We will have a robust continuing presence throughout the region, which is proof of our ongoing commitment to Iraq and to the future of that region, which holds such promise and should be freed from outside interference to continue on a pathway to democracy,” Secretary of State Hillary Rodham Clinton said in Tajikistan after the president’s announcement.

During town-hall-style meetings with military personnel in Asia last week, the secretary of defense, Leon E. Panetta, noted that the United States had 40,000 troops in the region, including 23,000 in Kuwait, though the bulk of those serve as logistical support for the forces in Iraq.

As they undertake this effort, the Pentagon and its Central Command, which oversees operations in the region, have begun a significant rearrangement of American forces, acutely aware of the political and budgetary constraints facing the United States, including at least $450 billion of cuts in military spending over the next decade as part of the agreement to reduce the budget deficit.

Officers at Central Command said that the post-Iraq era required them to seek more efficient ways to deploy forces and maximize cooperation with regional partners. One significant outcome of the coming cuts, officials said, could be a steep decrease in the number of intelligence analysts assigned to the region. At the same time, officers hope to expand security relationships in the region. General Horst said that training exercises were “a sign of commitment to presence, a sign of commitment of resources, and a sign of commitment in building partner capability and partner capacity.”

Col. John G. Worman, Central Command’s chief for exercises, noted a Persian Gulf milestone: For the first time, he said, the military of Iraq had been invited to participate in a regional exercise in Jordan next year, called Eager Lion 12, built around the threat of guerrilla warfare and terrorism.

Another part of the administration’s post-Iraq planning involves the Gulf Cooperation Council, dominated by Saudi Arabia. It has increasingly sought to exert its diplomatic and military influence in the region and beyond. Qatar and the United Arab Emirates, for example, sent combat aircraft to the Mediterranean as part of the NATO-led intervention in Libya, while Bahrain and the United Arab Emirates each have forces in Afghanistan.

At the same time, however, the council sent a mostly Saudi ground force into Bahrain to support that government’s suppression of demonstrations this year, despite international criticism.

Despite such concerns, the administration has proposed establishing a stronger, multilateral security alliance with the six nations and the United States. Mr. Panetta and Mrs. Clinton outlined the proposal in an unusual joint meeting with the council on the sidelines of the United Nations in New York last month.

The proposal still requires the approval of the council, whose leaders will meet again in December in the Saudi capital, Riyadh, and the kind of multilateral collaboration that the administration envisions must overcome rivalries among the six nations.

“It’s not going to be a NATO tomorrow,” said a senior administration official, who spoke on the condition of anonymity to discuss diplomatic negotiations still under way, “but the idea is to move to a more integrated effort.”

Iran, as it has been for more than three decades, remains the most worrisome threat to many of those nations, as well as to Iraq itself, where it has re-established political, cultural and economic ties, even as it provided covert support for Shiite insurgents who have battled American forces.

“They’re worried that the American withdrawal will leave a vacuum, that their being close by will always make anyone think twice before taking any action,” Bahrain’s foreign minister, Sheik Khalid bin Ahmed al-Khalifa, said in an interview, referring to officials in the Persian Gulf region.

Sheik Khalid was in Washington last week for meetings with the administration and Congress. “There’s no doubt it will create a vacuum,” he said, “and it may invite regional powers to exert more overt action in Iraq.”

He added that the administration’s proposal to expand its security relationship with the Persian Gulf nations would not “replace what’s going on in Iraq” but was required in the wake of the withdrawal to demonstrate a unified defense in a dangerous region. “Now the game is different,” he said. “We’ll have to be partners in operations, in issues and in many ways that we should work together.”

At home, Iraq has long been a matter of intense dispute. Some foreign policy analysts and Democrats — and a few Republicans — say the United States has remained in Iraq for too long. Others, including many Republicans and military analysts, have criticized Mr. Obama’s announcement of a final withdrawal, expressing fear that Iraq remained too weak and unstable.

“The U.S. will have to come to terms with an Iraq that is unable to defend itself for at least a decade,” Adam Mausner and Anthony H. Cordesman of the Center for Strategic and International Studies wrote after the withdrawal announcement.

Twelve Senators demanded hearings on the administration’s ending of negotiations with the Iraqis — for now at least — on the continuation of American training and on counterterrorism efforts in Iraq.

“As you know, the complete withdrawal of our forces from Iraq is likely to be viewed as a strategic victory by our enemies in the Middle East, especially the Iranian regime,” the senators wrote Wednesday in a letter to the chairman of the Senate’s Armed Services This article has been revised to reflect the following correction:

An earlier version of this article incorrectly described twelve senators who requested hearings on the negotiations that led to the withdrawal. Eleven of them were Republicans, not twelve. (Joseph I. Lieberman of Connecticut is an independent.)