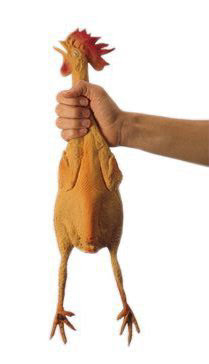 The ongoing Chick-fil-A flap – which has gay rights groups blasting the restaurant chain for donating food to an anti-gay marriage group – may be a fleeting controversy for a privately held company that is more accustomed to fiercely loyal patrons and generally positive press coverage.

But Lake Lambert, author of the book Spirituality Inc., says the flap may be a sign of more turbulence ahead for Chick-fil-A as it attempts to hold onto its conservative Christian business culture while expanding its chain beyond the Bible Belt.

“If you have a faith-based corporate identity and you want to function in the national marketplace, you’re going to continue to encounter resistance to those values because not everybody is going to share them,” says Lambert. “The only other option is some sort of secular identity and that’s not where Chick-fil-A is going.”

Lambert says Chick-fil-A is the most visible example of an American corporation trying to foster a specifically Christian identity. The company is privately held and family-run, making that task somewhat easier.

Lambert says Chick-fil-A founder Truett Cathy signed what Cathy describes as a “covenant” with his children when they took over the company, to help preserve its Christian DNA.

The current controversy erupted when some college campus and gay rights groups blasted the restaurant chain for donating free food to a Pennsylvania organization opposed to gay marriage.

The Human Rights Campaign, a major gay rights group, launched a letter writing campaign to the company, while the Indiana University South Bend went so far as to temporarily suspend Chick-fil-A service in its campus dining facilities.

The fallout provoked Chick-fil-A president Dan Cathy to defend his company in a Facebook video and in a written statement.

“In recent weeks, we have been accused of being anti-gay,” Cathy said in a written statement last Saturday. “We have no agenda against anyone.”

“While my family and I believe in the Biblical definition of marriage,” the statement continued, “we love and respect anyone who disagrees.”

The gestures have not mollified many of the chain’s critics, some of whom are airing their grievances on Chick-fil-A’s Facebook page. The Human Rights Campaign is calling on the restaurant to begin participating in the Corporate Equality Index, which rates companies’ treatment of gays.

Christian culture pervades many aspects of Chick-fil-A’s operations, from its corporate purpose – which includes “to glorify God by being a faithful steward of all that is entrusted to us” – to its policy of closing restaurants on Sundays to praying at restaurant openings.

According to a recent case study of the restaurant chain by the Yale School of Management, employees are encouraged to attend prayer services.

Chick-fil-A has over 1,500 locations and began moving beyond the Deep South in the last decade or so. Recently the company has expanded its number of restaurants in the Northeast, creating a more serious presence there.

According to its website, there is only one Chick-fil-A store in New York State, at New York University in downtown Manhattan.

Considering Chick-fil-A’s conservative Christian mission, perhaps the most striking feature of the recent controversy is how unusual it is for the company. As the chain continues to grow, they may find it more difficult to avoid the culture war.

"The truth about cures without drugs is suppressed, unless it suits the purpose of the censor to garble it. Whether...