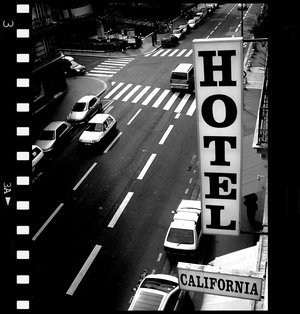 The Hospital Gestapo: You May Never See Home Again

Thinking of checking into a hospital? Think again. You may never see home again.

Ginger Franklin, Hendersonville, Tennessee, fell down the stairs in her condo and suffered a bump on her head. She was declared “temporarily mentally incapacitated” and a guardian was appointed through the courts. Within six weeks, the Guardian had sold Franklin’s home, car, furniture, and drained her bank account. Today,Franklin has her freedom back, but she is having to start all over.

Michael Kidd, 72, of Richardson, Texas, fell in his yard and broke a hip. Now, he is living in Countryside Nursing Home with his wife. Both were removed from their home when the state of Texas petitioned the courts claiming that the Kidds were mentally incompetent. Their house sits vacant and neglected, with rotting food still remaining in the refrigerator. The Kidds have been confined to a single room in the nursing home, while the state appointed guardian burns through their money an gives them a mere $60 a month spending allowance which they have been using to buy “real” food.

Robert Milton (not his real name) was taken to the hospital because he fell “one time too many” at his home, and although his stepson had been given power of attorney to make all of his health care decisions, a court-appointed corporate guardian placed Milton against his will in a nursing home where he is now isolated from his family and friends. Meanwhile, his money is being spent as quickly as possible by the Orlando-based guardian and her attorneys.

Joseph Niedesky (not his real name) was air lifted to a hospital in Orlando from Ocalaby helicopter after he was the victim of a motorcycle crash. But something went terribly wrong during Niedesky’s surgery and he aspirated on his own vomit, causing some brain injury. That’s when a corporate guardian was contacted by the hospital and appointed by the court as Niedesky’s full plenary, permanent guardian.

The corporate guardian who petitioned the court stated in the court papers that Niedesky had no family. In reality, Niedesky had been married for more than 20 years and had four teenage children. It took more than two months for Niedesky’s wife to discover what had happened to her husband and where he was located.

The Family is Always Portrayed as the “Devil Incarnate”

What happened to Niedesky is becoming a commonplace occurrence in America. A family member is rushed to the hospital. Surgery occurs and something sometimes goes terribly wrong. However, by quickly petitioning the courts for guardianship, the hospital avoids any kind of lawsuit for negligence or wrongful death. Niedesky’s wife wanted to bring him home and get him out of the guardianship. The guardian, however, kept moving Niedesky from location to location, city to city, until the statute of limitations for suing the hospital had expired. Shortly after the statute of limitations ended, Niedsky just happened to die.

“The hospital saved itself millions in a lawsuit. It is typical that shortly after the statute of limitations runs out, the ward just happens to suddenly die,” stated David Newman, Gainesville, Florida, a civil rights guardianship reform advocate.

Niedesky’s wife was portrayed in the court record as uncaring, incompetent, over-meddling, and negligent, and although these descriptors seem to be a contraction of terms, you will typically find the most cynical descriptions of family members in most court files where an involuntary guardianship has been granted by the courts to a total stranger.

For example, in Milton’s case, Milton’s stepson had been named long ago as his power of attorney and health care surrogate. That designation, however, was destroyed by the court and the corporate guardian even accused the stepson of stealing several thousands over the years from his stepfather. Today, Milton’s stepson, a 65 year old retired veteran, finds himself in a legal nightmare gathering bank records and hiring attorneys and forensic accountants to prove his innocence. Meanwhile, the corporate guardian is spending Milton’s money like water.

Tom Griffith (not his real name) wonders why an Orlando-based corporate guardian would be interested in his father at all.

“He has no money. All he gets is a small monthly check from Social Security of about $800.00.”

I explained to Griffith that his father has been marked for destruction and will mostly likely not be among the living in a very short period of time. “We live in a country that is ruled by corporations, not the U.S. Constitution. If there is not enough money for the nursing home to cover its expenses, there is ‘no reason’ to keep your father alive.” I explained to Milton how Thomas Chada’s father was sent to him as a box of ashes and how other wards seem to always turn up “expired” shortly after a corporate guardian and her attorneys have burned through all of an elderly person’s money.

But in this case, Griffith said there was no reason to destroy his father. “There is no money to gain.”

“Yes, but that is the point. The corporate guardians have a symbiotic relationship with the nursing homes. Sometimes, the nursing home gives them a wealthy resident that they can bilk. At other times, the corporate guardian does them a favor by making premature end-of-life decisions when there is not enough finances to cover the elderly person’s day-to-day expenses.”

In the case of Griffith’s father, who just received quadruple open heart bypass surgery, it was determined that the ward, age 74, now needed dialysis, a very costly ongoing treatment.

“The doctors said my father does not want dialysis,”Milton stated. “But I know my father wishes to live; he is only 74.”

“They probably got your father to sign such a statement without him even knowing what he was signing,” I explained.

Milton wanted to know what he could do to rescue his father out of this dangerous and life-threatening situation.

“You can hire an attorney, but you might end up spending more than $500,000.00 of your own money to become your father’s guardian.”

“I don’t have that kind of money,”Griffithdeclared, shocked.

It was obvious that the scenario I was describing was greatly upsetting Griffith. Those of us who have already lived this scenario remember going through the predictable stage of “mental shock” followed by the overwhelming urge to seek justice—at any cost. I explained to Griffith that he may find himself bankrupt as a result of trying to help his father out of this doomed guardianship situation.

My phone continues to ring as victims, desperate to find a solution, want to know what they can do.

In a country that is ruled by corporations and corporate greed, there will be no solution to The Guardianship Nightmare until a public uprising is so severe that these kinds of abominable– yet commonplace situations– will no longer be able to occur.

China tells U.S. not to play with fire over Taiwan

China's top official newspaper warned on Friday that "madmen" on Capitol Hill who want the United States to sell advanced...