The liberal group Media Matters has quietly transformed itself in preparation for what its founder, David Brock, described in an interview as an all-out campaign of “guerrilla warfare and sabotage” aimed at the Fox News Channel.

The group, launched as a more traditional media critic, has all but abandoned its monitoring of newspapers and other television networks and is narrowing its focus to Fox and a handful of conservative websites, which its leaders view as political organizations and the “nerve center” of the conservative movement. The shift reflects the centrality of the cable channel to the contemporary conservative movement, as well as the loathing it inspires among liberals — not least among the donors who fund Media Matters’ staff of about 90, who are arrayed in neat rows in a giant war room above Massachusetts Avenue.

“The strategy that we had had toward Fox was basically a strategy of containment,” said Brock, Media Matters’ chairman and founder and a former conservative journalist, adding that the group’s main aim had been to challenge the factual claims of the channel and to attempt to prevent them from reaching the mainstream media.

In an interview and a 2010 planning memo shared with POLITICO, Brock listed the fronts on which Media Matters — which he said is operating on a $10 million-plus annual budget — is working to chip away at Fox and its parent company, News Corp. They include its bread-and-butter distribution of embarrassing clips and attempts to rebut Fox points, as well as a series of under-the-radar tactics.

Media Matters, Brock said, is assembling opposition research files not only on Fox’s top executives but on a series of midlevel officials. It has hired an activist who has led a successful campaign to press advertisers to avoid Glenn Beck’s show. The group is assembling a legal team to help people who have clashed with Fox to file lawsuits for defamation, invasion of privacy or other causes. And it has hired two experienced reporters, Joe Strupp and Alexander Zaitchik, to dig into Fox’s operation to help assemble a book on the network, due out in 2012 from Vintage/Anchor. (In the interest of full disclosure, Media Matters last month also issued a report criticizing “Fox and Friends” co-host Steve Doocy’s criticism of this reporter’s blog.)

Brock said Media Matters also plans to run a broad campaign against Fox’s parent company, News Corp., an effort which most likely will involve opening a United Kingdom arm in London to attack the company’s interests there. The group hired an executive from MoveOn.org to work on developing campaigns among News Corp. shareholders and also is looking for ways to turn regulators in the U.S., U.K., and elsewhere against the network.

The group will “focus on [News Corp. CEO Rupert] Murdoch and trying to disrupt his commercial interests — whether that be here or looking at what’s going on in London right now,” Brock said, referring to News Corp.’s — apparently successful — move to take a majority stake in the satellite broadcaster BSkyB.

“Tonight is not an episode you casually watch and take out of context like Media Matters does,” Beck remarked last month.

A more extended attack came in February on the freewheeling late night show Red Eye, which conducted a mock interview with a purported Media Matters employee.

“It’s horrible. All we do is sit and watch Fox News and make up stuff about Fox News. It is the saddest place I have ever seen in my life. I think about it, and I want to throw up,” the mock employee said. “I get to work and I take off my clothes, and they strap me into a chair in front of a TV with [Fox News Channel] on. They keep my eyelids propped open like in “Clockwork Orange,” and I sit and type all day.

“If there was no Beck, George Soros would come down and demand we make it up,” the “interviewee” continued. “I would watch the “Flintstones” and transcribe Fred Flintstone’s words and attribute them to Beck. It was the only way to get Soros to stop hitting me.”

(A Soros associate said the financier, who gave Media Matters $1 million last year, did not earmark it for the Fox campaign. Soros suggested in a recent CNN interview that the Fox depictions of him as a sinister media manipulator would better be applied to Murdoch.)

In some views, the war between Media Matters and Fox is not, necessarily, bad for either side. Media Matters has transformed itself into a pillar of the progressive movement with its aggressive new brand of media campaigning. And the attacks cement Fox’s status on the right.

But Media Matters says its digging has begun to pay off. The group has trickled out a series of emails from Washington Bureau Chief Bill Sammon, leaks from inside the network, which show him, for instance, circulating a memo on “Obama’s references to socialism, liberalism, Marxism and Marxists.”

“We made a list of every single person who works for Fox and tried to figure out who might be disgruntled and why, and we went out to try to meet them,” he said. “Clearly, somebody in that organization is giving us primary source documents.”

Media Matters, he said, is also conducting “opposition research” on a dozen or so “mid- and senior-level execs and producers,” a campaign style move that he and Brock said would simply involve recording their public appearances and digging into public records associated with them.

And Brock’s 2010 planning memo offers a glimpse at Media Matters’ shift from media critic to a new species of political animal.

“Criticizing Fox News has nothing to do with criticizing the press,” its memo says. “Fox News is not a news organization. It is the de facto leader of the GOP, and it is long past time that it is treated as such by the media, elected officials and the public.” 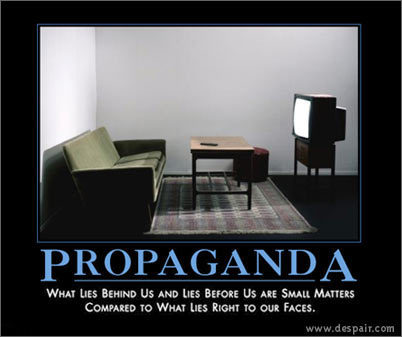