Building a foundation of “faith”

Religion is as important in this century as political ideology was in the last, Blair said. The Tony Blair Faith Foundation will fight extremism, organize faith groups against poverty and illness, and educate people worldwide about religions other than their own, he said.

“There is a new reality. We have to come to terms with it. And it implies, at its fundamentals, peaceful coexistence or catastrophe,” said Blair in a speech before religious and business leaders at the posh Time Warner Center. “If faith becomes a countervailing force, pulling people apart, then it becomes destructive and indeed dangerous.”

Former President Bill Clinton, who became a close friend of Blair’s when both men were in office, opened the event, putting his arm around the former prime minister and calling his faith “genuine” and “deep.” ( Bill Clinton is now a judge of character?)

The group’s advisory council includes evangelical megapastor Rick Warren,( interesting guess we know whose side he is on) who with his wife, Kay, advocates for HIV/AIDS victims worldwide; Ismail Khudr Al-Shatti, an adviser to the prime minister of Kuwait; and world Baptist and Jewish leaders. Catholic Cardinal Cormac Murphy O’Connor of Westminster, England, has pledged to join the council when the pope allows him to retire.

Yale University is a partner in the project. The former prime minister plans to teach at the school next year, leading a seminar on faith.

In a brief interview, Blair said he defined extremists as “people who want to exclude the other if someone is of a different faith.“( so in Tony’s world anyone that beleives Jesus is the only way to God is an extremist) Blair told the crowd that although Islamic extremism draws the most attention, “there are elements of extremism in every major faith.” 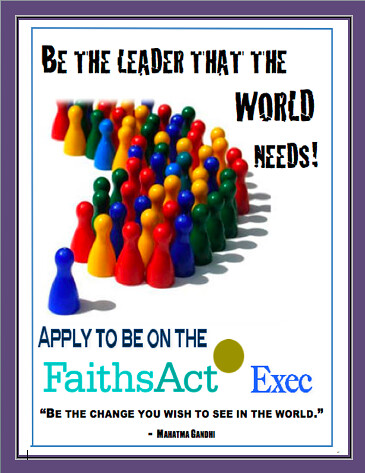 “It is important where people of good faith combat such extremism, that they are supported,” said Blair, who is an envoy for the Quartet of Mideast peacemakers — the U.S., European Union, Russia and United Nations.

Among the foundation’s many initiatives are promoting research on religion and globalization; ( ooooh so it is to not only promote a one world religion but a one world government- thanks for clearing that up for us) developing interactive media and publications on religion geared for young people, businesses and political groups; and, working with the U.N. and groups such as the Malaria No More Campaign to fight the illness.

Blair said the foundation would not focus on “doctrinal inquiry” ( no for heaven’s sake lets not worry about DOCTRINE) or “subsume different faiths in some universal faith of the lowest common denominator.”

Sayyid Syeed, a national leader of the Islamic Society of North America and a veteran of interfaith outreach, said it is possible to find common ground without watering down religious teachings if the work is based on sound scholarship about each faith.

“It has been done in the past and can be done again,” Syeed said.

( notice the doublespeak in the last three paragraphs)

Richard C. Levin, Yale’s president, who shared the stage with Blair and two young American Muslim leaders, said the community service programs that will be part of the foundation’s work will build a bond among young people, despite any theological differences.