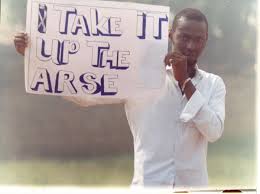 ‘I have …declared a state of emergency in the following parts of the federation,’ Mr Jonathan told state TV Photo: EPA

Mr Jonathan added that he would shut any borders with other nations in the northern areas covered by the decree.

“I have … declared a state of emergency in the following parts of the federation,” Mr Jonathan told state TV, before going on to list the northern local governments affected by the decree.

“The temporary closure of our borders in the affected areas is only an interim measure designed to address the current security challenges and will be resumed as soon as normalcy is restored,” he added, in a speech addressing deadly Christmas Day bombings by the Boko Haram sect a week ago.

The decree means parts of Nigeria’s border with Niger, Chad and Cameroon will be sealed until further notice.

He added that his chief of defence staff had been instructed to take other “appropriate” measures, including setting up a special counter-terrorism force.
Related Articles

Militants from Boko Haram, a radical Islamist sect, set off a series of bombs across Nigeria on Christmas Day, including one that killed at least 37 people and wounded 57.

The blasts raised fears that Boko Haram, a movement styled on the Taliban and whose name means “Western education is forbidden”, is trying to ignite sectarian strife in Nigeria, Africa’s most populous nation and top oil producer.

“The crisis has assumed a terrorist dimension,” Mr Jonathan said. “I therefore urge the political leadership (in northern local governments) to give maximum cooperation to ensure that the situation is brought under control.”

The local government areas listed included parts of Niger State, Borno and Yobe, all of which have become infiltrated with Boko Haram militants.

The emerging geo-political situation in Af-Pak region Gilani’s outbursts against the Army and ISI betrayed his inner anxieties and were...