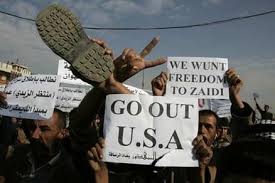 An internal report on the occupation of Afghanistan, penned by an active-duty military officer and published weeks ago — but not released by the Pentagon — was leaked on Friday by Rolling Stone reporter Michael Hastings, who called the 84-page examination “one of the most significant documents published by an active-duty officer in the past ten years.”

The document, written by Lt. Col. Daniel L. Davis, explains there has been a 12-year-long cover-up of the reality on the ground in Afghanistan. Davis was the source of a New York Times feature last Sunday, which cited his report but did not release it.

The Pentagon has since launched an investigation of Davis for possible security violations.

Davis reportedly wrote two versions — one classified and one not — and briefed four members of Congress, both Republican and Democrat. Senior Pentagon officials also have the report, but they’ve decided not to release it. For that reason, the unclassified report was published by Rolling Stone on Friday afternoon.

“As I will explain in the following pages I have personally observed or physically participated in programs for at least the last 15 years in which the Army’s senior leaders have either “stretched the truth” or knowingly deceived the US Congress and American public,” Davis explains in his introduction.

“What I witnessed in my most recently concluded 12 month deployment to Afghanistan has seen that deception reach an intolerable low. I will provide a very brief summary of the open source information that would allow any American citizen to verify these claims. But if the public had access to these classified reports they would see the dramatic gulf between what is often said in public by our senior leaders and what is actually true behind the scenes. It would be illegal for me to discuss, use, or cite classified material in an open venue and thus I will not do so; I am no WikiLeaks guy Part II.”

He essentially concludes that America’s top generals should be placed under oath and questioned about incidents detailed in the report.

The report is available to read here (PDF).

Take No Prisoners: Self Defense Killings in Detroit Spike to 2200% Above National Average; Justifiable Homicide up 79%

As the economic crisis in 2008 took hold and the nation’s spiral into the next Great Depression became more apparent,...