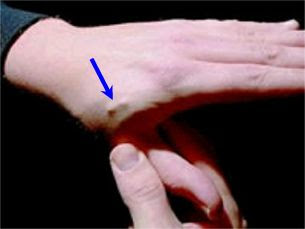 One number to rule all transactions

The unique ID may be used for all securities transactions, helping to curb fraud and increase transparency
Surabhi Agarwal & Remya Nair

Revelation 13:16 And he causeth all, the small and the great, and the rich and the poor, and the free and the bond, that there be given them a mark on their right hand, or upon their forehead;

New Delhi: Capital market regulator Securities and Exchange Board of India (Sebi) and the Unique Identification Authority of India (UIDAI) are considering linking all securities transactions with the UID (unique identification) or Aadhaar number and will soon launch a pilot project to explore how this can be done.

A mutual fund company, HDFC Asset Management Co. Ltd, and IFMR Trust, which works in the area of financial inclusion, have been mandated for the pilot project, five people directly involved with the project said independently. None of the five wanted to be identified given the significance and sensitivity of the project.

An HDFC Asset Management official, who did not want to be identified, confirmed that his company would be carrying out a pilot project. A Sebi official declined to comment on the issue.

The idea behind linking transactions in the stock market to Aadhaar is to prevent fraud and increase transparency.

“Something like the IPO scam could be prevented,” said one of the five officials. He was referring to a scam unearthed by Sebi in 2005 involving 21 initial public offerings (IPOs) between 2003 and 2005. Investigations showed that shares reserved for retail investors were cornered illegally by large investors through at least 59,000 fake demat accounts. Sebi recently told the Supreme Court that it would initiate action against depository National Securities Depository Ltd over the fraud.

“The fact that Aadhaar numbers are being generated based on biometrics of a person (fingerprints, iris scan), it will be very difficult to fake identities,” said the first official cited above.

With UIDAI, it will also become possible to weed out the fakes from the system, this person added.

A person needs a Permanent Account Number to open a demat account, but the system currently in use to process IPO applications has no way of identifying fake accounts.

A second official said, “It will be not be wrong to say that the waters are being tested for all securities transactions to be linked to Aadhaar, which could create an unprecedented system of tracking such investments.”

D.R. Mehta, former Sebi chairman, said a unique identity applicable for all transactions could help prevent fraud. “An identity that is well established and that cannot be duplicated will help in making transactions more secure,” he added.

The finance ministry has already notified that the Aadhaar number is adequate to meet the know your customer (KYC) norms of banks and is all that is needed to open a bank account.

The pilot project will establish whether the number is enough to meet KYC norms of mutual fund companies as well.

“It will open up a world for the huge migrant population living in urban areas and the people in rural areas who will be able to use all these saving and investments instruments,” said the first official.

“UIDAI wants to test the systems with both mainstream as well as micro-mutual fund products,” said a third official involved in the discussions. While HDFC will be responsible for the mainstream part, IFMR will test it with micro-SIPs (systematic investment plans), where investments could be as low as Rs. 1. Computer Age Management Services Pvt. Ltd, which is a registrar and a transfer manager for mutual funds, will provide the link between Aadhaar and the transactions.

According to the Reserve Bank of India, only around 40% of the country’s population of 1.2 billion has access to bank accounts, and even fewer to instruments such as mutual funds.

“The systems are being integrated with those of UIDAI,” said a fourth official. “It should be ready for roll-out in the next few weeks.”

Anirudh Laskar in Mumbai contributed to this story.

Desperate Times Call For Desperate Measures: The Fight Against The Mighty Mississippi

We've all undertaken home improvements but these residents in flood-stricken Mississippi have had to embark on major construction projects just...