A Life of Reinvention

The sub-title of Manning Marable’s richly exhaustive biography of Malcolm X encapsulates the essence of one of our country’s iconic figures of the last century: a life of reinvention. Malcolm X (killed in 1965) became the fountainhead of the Black Power movements in the late 1960s. Well before that, his life had been a series of reinventions. In Marable’s epilogue to his account of Malcolm’s life, he concludes:

“Malcolm’s strength was his ability to reinvent himself, in order to function and even thrive in a wide variety of environments. He carefully crafted his physical presentation, the manner in which he approached others, drawing upon the past experiences from his own life as well as from African-American folklore and culture. He wove a narrative of suffering and resistance, of tragedy and triumph, that captured the imaginations of black people throughout the world. He lived the existence of an itinerate musician, traveling constantly from city to city, standing night after night on the stage, manipulating his melodic tenor voice as an instrument. He was consciously a performer, who presented himself as the vessel for conveying the anger and impatience the black masses felt. Impoverished African Americans could admire Dr. King, but Malcolm not only spoke their language, he had lived their experiences—in foster homes, in prisons, in unemployment lines. Malcolm was loved because he could present himself as one of them.”

Before he was X, he was Malcolm Little, Homeboy, Jack Carlton, Detroit Red, Big Red, Satan, and then, subsequently, Malachi Shabazz, Malik Shabazz, El-Hajj Malik El-Shabazz. Several of these personas were more fictive than real, the embellishments of Alex Haley’s Autobiography of Malcolm X (1965). Haley not only knew how to tell a good story, but he had an incredible imagination as he later demonstrated in Roots (1976). Malcolm’s father (who was inspired by Marcus Garvey) died—or was killed—when Malcolm was seven. Thereafter, Malcolm knew hunger and poverty. His mother was institutionalized when Malcolm was still a child. The slightly older Malcolm lived in Boston, Detroit and New York City. He had a white girlfriend; briefly worked as a porter on the rail road and in 1943 was drafted but beat the draft by acting crazy. In front of a psychiatrist, Malcolm rambled, “I want to get sent down South. Organize them nigger soldiers, you dig? Steal us some guns, and kill us crackers!” The result of that act? 4F.

Soon he was involved in other low-life activities, pimping, and burglaries. Marable establishes that Malcolm had one significant homosexual relationship during these same years before the time he spent in prison. Most of us know that Malcolm was introduced to Islam while in prison—not the Middle Eastern version but the rather questionable American version, established by the mysterious Wallace D. Fard and popularized by Elijah Muhammad. It wasn’t long before Malcolm was converting other African Americans also in prison. Finally patrolled, he became a spokesperson for Muhammad’s Nation of Islam (NOI), assigned to various centers in Chicago, Detroit and Boston. By 1956, he was so popular that he was delivering the message to huge audiences. 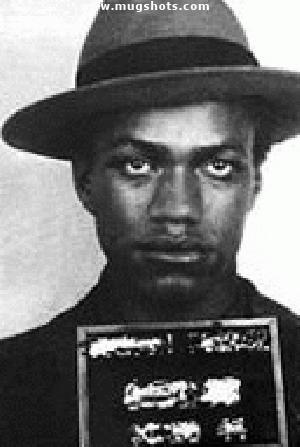 He met his future wife, Betty Sanders, also in 1956, at which time she observed, “This man is totally malnourished.” Malcolm subsisted on one meal a day and enormous amounts of coffee. When they were married two years later, he was 32 years old. Marable tells us that it was never a very good marriage, though they had six children. One major problem was that Malcolm was always traveling, making speeches for the NOI—in other words, away from the home. Although Betty had also converted to Islam, she had severe reservations about the organization, many of them centering on their future security. For example, the two of them did not own their house. It belonged to the NOI. What would happen if the NOI turned against her husband?

Betty’s worries were legitimate. The rivalries in the NOI were extreme. Many assumed that Malcolm would be Elijah Muhammad’s eventual heir to the movement, although others assumed it would be one of Muhammad’s children. Malcolm’s rhetoric in these years was anti-white, calling for separation of the races. He (and his mentor) made dubious connections with white extremists (George Lincoln Rockwell, the KKK) presumably because they were obvious enemies because of their racism and, therefore, the parameters were clear. A much larger problem, however, was Malcolm’s eventual discovery that Elijah Muhammad did not exactly practice what he preached. He had numerous illegitimate children with a series of much younger female secretaries—including a woman Malcolm had had a relationship with before he met Betty.

Elijah Muhammad wasn’t pleased with Alex Haley’s celebrated Playboy interview with Malcolm in 1963. The same year Haley proposed that the two of them work on Malcolm’s autobiography, and a contract was signed with Doubleday. In March of 1963, Martin Luther King’s celebrated March on Washington widened the gap between the two leaders and prompted Malcolm to refer to the event as the “Farce on Washington.” These were the years when Malcolm’s views on race separation separated him from most of the other Civil Rights leaders. It didn’t help that when Kennedy was assassinated, Malcolm made his much-quoted remark about the chickens coming home to roost. Elijah was so disturbed that he suspended Malcolm from the NOI for 90 days.

It was the beginning of the end of Malcolm’s relationship with the NOI, though for a long time he took pains not to denigrate the organization and its leader. He pleaded with Muhammad to be reinstated. But the split between the two was all but certain; by March of 1964, Malcolm had formed his own sect: Muslim Mosque, Incorporated (MMI). That move resulted in the threat of eviction from the house owned by the NOI and an important trip to the Middle East and Africa. The trip brought about a major change in Malcolm’s life. Marable observes, “Malcolm’s undertaking of the hajj marked his formal entrance into the community of orthodox Islam, placing him in the tradition of pilgrims that stretched back thirteen hundred years, linking him with fellow sojourners of every nationality, ethnicity, and class background imaginable.” Race distinctions began to blur for him. By the time he returned to the United States, the NOI was clearly worried that Malcolm would siphon off its members for his own organization.

The tension between the two organizations dramatically increased. There were numerous attempts by the NOI to kill Malcolm. Muhammad’s philandering entered the public’s awareness. Malcolm formed a new organization, the Organization of African American Unity (OAAU) to solidify the relationships between Muslims in the United States and those in Africa and the Middle East. The threats on his life become so ubiquitous that he left the United States for another trip to Africa, spending 24 weeks abroad, visiting numerous countries in West and East Africa. While overseas, Betty had begun a relationship with another man. Malcolm followed with an affair with an eighteen-year-old young woman. Elijah Muhammad feared that Malcolm would turn influential Islamic organizations against the NOI. In an attempt to force Malcolm and his family to move out, the NOI firebombed the house. Marable notes ironically that as the situation in Malcolm’s own life worsened, he himself became less extreme, moving away from “stark separatism.”

But soon it was all over, as Malcolm himself seemed to foretell. He was shot, in his own Mosque, February 21, 1965. The killers—at least four NOI members—had plotted Malcolm’s demise ever since his return from Africa. The New York Police Department botched the investigation, some say intentionally. The autopsy revealed that bullets from three different guns had struck him. Two weeks later Doubleday cancelled the contract with Alex Haley, fearing that if the book were published, their bookstores would be firebombed (the book was eventually published by Grove Press and became an enormous critical and financial success). At the trial, three men (Talmadge Hayer, Norman 3X Butler, and Thomas 15X Johnson) were convicted of first-degree murder and given life sentences.

Curiously, the events do not end here. When Wallace, Elijah’s son, took over, the NOI made radical changes, even accepting Caucasians as its members. Years later, one of Malcolm daughters (by then grown up) tried to have Louis Farrakhan murdered because he had publicly called for her father’s death. And Betty—Malcolm’s widow—died as the result of a fire set by her own grandson. I mention this because fire is a major motif in the saga of Malcolm X, beginning when he was a child and someone set fire to the family home, continuing with the firebombing of the house where Malcolm’s wife and children resided, and extending in a wider sense to the fiery rhetoric of Malcolm’s electrifying speeches.

The assassination itself is still a matter of dispute. An article on “The Raw Story” (April 28th, 2011), states that the Justice Department may reopen the Malcolm X murder investigation, prompted by the publication of Marable’s book. In addition to Hayer, Butler, and Johnson (who have all been paroled), “four of the actual assassins were never pursued and at least one of them still lives openly in the metro New York area.” Then there’s the further matter of FBI complicity. My own source believes that the FBI, organized crime, and Black Muslims worked together. As he told me, sometimes, “the Mob just did the FBI a favor when the Bureau wanted to get rid of someone but couldn’t do it themselves.” That perception was also suggested by Alex Haley himself when I talked to him in the late 1960’s. Haley said that the Mob had gotten wind of Malcolm’s plan to launch a major campaign to get African Americans to stop taking drugs and—if he were successful—the results would cut into their profits.

Sadly, Manning Marable died April 1st, just as the biography was published. His publisher told me that he lived to see finished copies of his book. In spite of the discrepancy about those who contributed to Malcolm’s death, Marable’s Malcolm X: A Life of Reinvention should be regarded as the definitive biography of the great black leader. For me, Malcolm X has always been half African trickster, half shape shifter.