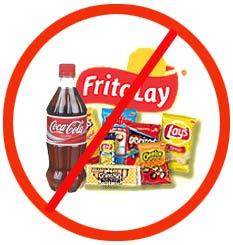 Bake sales, the calorie-laden standby cash-strapped classrooms, PTAs and booster clubs rely on, will be outlawed from public schools as of Aug. 1 as part of new no-nonsense nutrition standards, forcing fundraisers back to the blackboard to cook up alternative ways to raise money for kids.

At a minimum, the nosh clampdown targets so-called “competitive” foods — those sold or served during the school day in hallways, cafeterias, stores and vending machines outside the regular lunch program, including bake sales, holiday parties and treats dished out to reward academic achievement. But state officials are pushing schools to expand the ban 24/7 to include evening, weekend and community events such as banquets, door-to-door candy sales and football games.

The Departments of Public Health and Education contend clearing tables of even whole milk and white bread is necessary to combat an obesity epidemic affecting a third of the state’s 1.5 million students. But parents argue crudites won’t cut it when the bills come due on athletic equipment and band trips.

“If you want to make a quick $250, you hold a bake sale,” said Sandy Malec, vice president of the Horace Mann Elementary School PTO in Newtonville.

Maura Dawley of Scituate said the candy bars her 15-year-old son brought to school to help pay for a youth group trip to Guatemala “sold like wildfire.” She worries the ban “would seriously affect the bottom line of the PTOs.

“The goal is to raise money,” Dawley said. “You’re going to be able to sell pizza. You’re not going to get that selling apples and bananas. It’s silly.”

Food fundraisers have helped send the renowned Danvers High School Falcon Band to the Rose Bowl Parade in California and the 70th anniversary of the attack on Pearl Harbor in Honolulu. Danvers Parents for Music Education sell fudge because “it still works,” said the group’s president, Matthew Desmond. “Even my wife will buy it.”

Middleboro School Committeeman Brian Giovanoni, whose board will discuss the mandatory meal makeover Thursday night, said, “My concern is we’re regulating what people can eat, and I have a problem with that. I respect the state for what they’re trying to do, but I think they’ve gone off the deep end. I don’t want someone telling me how to do my job as a parent. … Is the commonwealth of Massachusetts saying our parents are bad parents?”

“We’re not trying to get into anyone’s lunch box,” Smith told the Herald. “We know that schools need those clubs and resources. We want them to be sure and have them, but to do them a different way. We have some incredibly innovative, talented folks in schools who are already doing some impressive things, who serve as incontrovertible evidence that, yes, you can do this, and be successful at it.”

“If we didn’t have so many kids that were obese, we could have let things go,” Fargo said.

“But,” she added, “this is a major public health problem and these kids deserve a chance at a good, long healthy life.”

More than 17,000 pills smuggled into country have been intercepted since last August Pills viewed as a 'miracle cure' for...