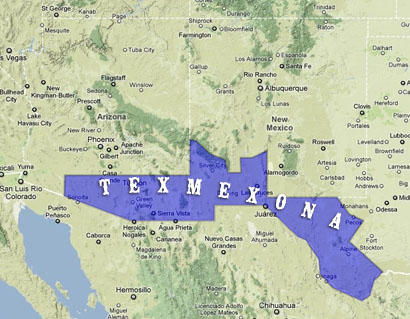 TUCSON (KGUN9- TV) – One group is so fed up with Arizona politics they want to break away and form a brand new state. “Start Our State,” a new Pima County political committee, hopes to bring the initiative to voters in 2012.

Co-founders Peter Hormel and Paul Eckerstrom say the governor’s Federal lawsuit over immigration and new bills proposing to nullify Federal law are what sent their opinions over the edge.

“I and some other people finally got so frustrated with what’s happening in Phoenix that we felt obligated to do something about it,” said Hormel. “It’s an idea that I think once you take a step back and think about it, it starts to make more and more sense.”

When asked about the financial feasibility, Hormel responded, “We certainly can’t do any worse than they’re doing now.”

He’s not alone in his thinking. Thursday, State Sen. Paula Aboud (D-28) proposed an amendment to SB 1433, which would enable the state to nullify certain Federal laws.

“Today, I am offering an amendment to SB 1433 to propose that Pima County secede from the rest of the State,” she said on the floor. “We do not advocate their brand on our state and we don’t support their harmful legislation that continues to tarnish Arizona’s reputation.”

The Senate voted no on the amendment, but passed the bill.

In response, several state legislators came out to support the proposed secession.

“The State of Baja Arizona proposal should get careful investigation and consideration at all levels,” said Rep. Daniel Patterson (D-29). “Pima, Santa Cruz, Cochise, Graham, Greenlee and Yuma Counties could make a nice new western state, with Tucson as the capital city.”

Not every Pima County-based law-maker agrees.

“I am a proud Arizonan who will not support creating a 51st state out of Southern Arizona,” said Rep. Bruce Wheeler (D-28)

“I know that they’re going to come around,” he said about central Tucson. “They’re going to see things our way and help work on the Governor’s job package for our greater prosperity here in Arizona.”

As for the county leaders who may stand to gain a political advantage with statehood, Board of Supervisors Chair Richard Elias says it’s a message, in the least, that’s been a long time coming.

“In many cases we feel like we’re being singled out and attacked on a regular basis by an extremist group of legislators,” he said. “I’m quite proud to be a citizen of the United States of America and I would be proud to see our new state to be more accepting of the laws of the United States as they stand today.”

Details like potential names, slogans or flag logos have not yet been decided. Hormel says they must first put together a petition to put the motion on a ballot, and they’d leave details up to voters, provided it passes. Elias, however, did have a suggestion.

“I think we should be Arizona and I think all those people who have come here and moved to Maricopa County, they should figure out a new name for themselves because we’re the real Arizona,” he said.

The path to statehood would be long and arduous, even if the measure made it to the ballot and passed. The secession would need approval from state voters, a new constitution, and a final vote of approval from U.S. Congress and the president.
Comments

Right now, we are witnessing a truly historic collapse of the economy, and yet most Americans do not understand what...