I hate to see the land of my beloved ancestral heritage being destroyed – and some Swedes become apoplectic when such a situation is even mentioned – but here are the facts. Read them and weep, because just a couple of decades ago Sweden had attained one of the most advanced cultures in history.

First we discover that Jews in the Swedish city of Malmo have been fleeing, because of violence and abuse from Muslims:

Sweden’s reputation as a tolerant, liberal nation is being threatened by a steep rise in anti-Semitic hate crimes in the city of Malmo….

“I never thought I would see this hatred again in my lifetime, not in Sweden anyway,” Mrs Popinski told The Sunday Telegraph.

“This new hatred comes from Muslim immigrants. The Jewish people are afraid now.”…

The city’s synagogue has guards and rocket-proof glass in the windows, while the Jewish kindergarten can only be reached through thick steel security doors. 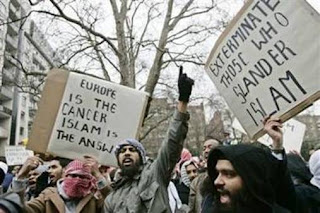 It is a far cry from the city Mrs Popinski arrived in 65 years ago, half-dead from starvation and typhus….

A Swedish newspaper reports that the Swedish government now must set aside funds to protect Swedish Jews from Muslim hate crimes:

Bizarrely, Jewish organizations apparently think that bringing in hordes of those most inclined towards “anti-Semitism” will help solve the situation, as expressed by this Jewish woman, Barbara Lerner Spectre, who says:

I think there’s a resurgence of anti-Semitism because at this point in time, Europe has not yet learned how to be multicultural. And I think we are going to be part of the throes of that transformation, which must take place. Europe is not going to be the monolithic societies [sic] that they once were in the last century. Jews are going to be at the center of that. It’s a huge transformation for Europe to make. They are now going into a multicultural mode, and Jews will be resented because of our leading role. But without that leading role, and without that transformation, Europe will not survive.

[Swedish woman, Linda, 18, gangraped, beaten and left for dead by Muslim immigrants] With this wave of delightful multiculturalism, Sweden has now become the rape capital of Europe/:

Sweden has the highest incidence of reported rapes in Europe – twice as many as “runner up” the UK, a new study shows. 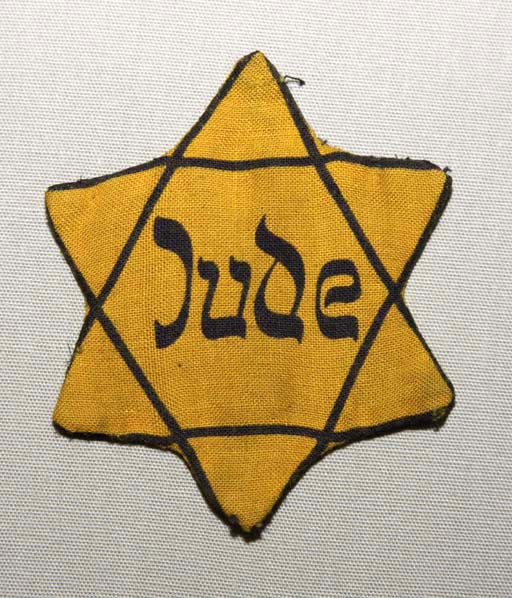 Researchers behind the EU study, which will be presented on Tuesday, conclude that rape appears to be a more common occurrence in Sweden than in continental European countries.

This figure is double as many as in the UK which reports 23 cases, and four times that of the other Nordic countries, Germany and France. The figure is up to 20 times the figure for certain countries in southern and eastern Europe….

Naturally, this article and others will not name the ethnicity/culture of the majority of rapists – Muslim immigrants – but Pat Condell has no problem doing so:

Yet, despite the reluctance to attach a name to the problem, the Swedish police are now admitting that “Islamic terrorism” is a major threat:

“Our mission is not to get convictions for terrorist crimes, that is not a measure of our effectiveness,” said Danielsson.

“We can and are likely to be exposed to terrorist attacks again. But it will not destroy our democratic system. Terrorism rarely does, even though it may seem that way.”...

To summarize, in the face of Muslim violence, Jews are fleeing Sweden, while the government sets aside money to protect them. With Muslim immigration, Sweden has become the “rape capital” of Europe. Swedish police say the greatest threat to Sweden is “Islamic terror.”

World Health Organisation report reveals 7.5m annual death toll around the world is on the rise as populations increase.