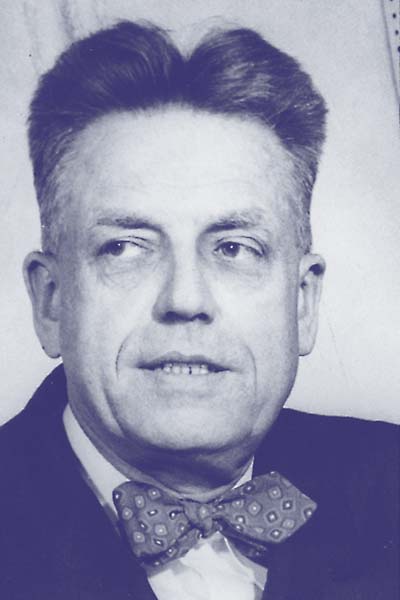 Matt Barber, associate dean of the Liberty University School of Law, and I attended the “B4U-ACT” pedophile conference Aug. 17. To eliminate the “stigma” against pedophiles, this growing sexual anarchist lobby wants the American Psychiatric Association (APA) to redefine pedophilia as a normal sexual orientation of “Minor-Attracted Persons.”

Adhering to the Kinsey principle of lulling “straights” into a false sense of security, pedophile dress was largely conservative – short hair, jackets, some ties and few noticeable male ear piercings.

Matt Barber and I sat in the back of the meeting room among roughly 50 activists and their “mental health” attending female enablers. “Pedophilia, Minor-Attracted Persons, and the DSM: Issues and Controversies,” keynoted “Fred Berlin, M.D., Ph.D., as founder, National Institute for the Study, Prevention and Treatment of Sexual Trauma; Johns Hopkins Sexual Disorders Clinic.”

However, the sex clinic was initially founded by John Money, Ph.D., to give judges “leeway” to keep child molesters out of jail. Money (deceased), a pedophile advocate, also called for an end to all age-of-consent laws. Dr. Berlin was his disciple.

In 1973, our “post Kinsey era,” a small APA committee of psychiatrists, quite terrified by homosexist public harassment, agreed to rely on Kinsey’s fraudulent human sexuality “data” to redefine homosexuality as normal, removing it from the Diagnostic and Statistical Manual (DSM) of mental disorders.

The APA decision was hyped in college textbooks, law journal articles, judicial rulings, and by 1974 pitched as high-school sex education. Soon the homosexist lobby would sail into primary schools and kindergartens by agitating recurring AIDS “prevention,” “bullying” and “hate” panics.

To redefine homosexuality as a normal “orientation,” nature not nurture, researchers were told to ignore all data of early sex abuse or other trauma. This hoax was followed by the 1999 U.S. Department of Justice data that found 64 percent of forcible sodomy victims to be boys under age 12.

For after claiming 10 percent to 37 percent of men were sometime homosexual, Kinsey also said children are sexual from birth and so deserve to have sex with adults or youths (taught as a 1974 Planned Parenthood sex ed doctrine).

The APA path to pedophile norms follows the success of the homosexual anarchy campaign. Arguably, the pedophile media lobby directed the passionate boy-boy kisses on the TV series “Glee,” to enable fellow “Minor-Attracted Persons” to increasingly be seen as a boy’s sex “friend.”

B4U-ACT claims to “help mental health professionals learn more about attraction to minors and to consider the effects of stereotyping, stigma, and fear.” While the group claimed they want to teach pedophiles “how to live life fully and stay within the law,” no one suggested how to stop their child lust or molestation.

Barber asked what “age of consent” the group proposed and what role pornography plays as a causative factor in child sex abuse. No one would answer the first question, and all denied any harm from pornography.

Arguably, due to our presence, Dr. Berlin (who sat next to me during the entire event) admitted that occasionally pornography could trigger sexual acting out. He also expressed a personal belief that pre-pubescent children (that is, under about age 10) cannot consent, and that perhaps even teenagers might be sexually vulnerable.

All speakers focused on pedophiles as healthy, normal and unfairly victimized by stigma and mean words. Following repeated assertions that pedophiles never force children, are gentle and loving, one researcher did cite a child “victim” who was raped and sodomized.

One speaker laughingly compared doing an obscene act “on” a child to doing the same obscene act on a shoe. No one protested, and some chuckled. One young female suggested pedophiles might be helped by engaging in “sex play” using naked pictures of pseudo children, allied with some sadism, bridal gowns, etc. This Ph.D. social worker candidate proudly noted her objection to any “repression.”

For their attendance, the pedophile political activists could earn 6.0 units of continuing education credits by the “Maryland Board of Social Work Examiners.” These 12 board members credentialed this pedophile academic farce, giving higher education credits to allow felons and near-felons to advance their child sexual abuse agenda by using bogus and fraudulent research. I would encourage people to complain to the board at this link.

Committed to quietly monitoring this meeting, I offered a few unwelcome closing remarks. I noted the arrogance of this group’s conclusion that Americans’ fear for child safety is due to a puritanical “sex panic.” Since the Department of Justice found 58,200 children kidnapped by non-family members in 1999, such fear seems well-placed.

Before leaving the issue of stigma and hate speech, note a few excerpts from BOYCHAT April 15 by some of these “social worker” credentialed pedophiles:

“Judith Reisman” is “with the worst of them … dehumanizing hate speech … extreme christian [sic], right wing … alarmist … creating gross distrotions [sic] … no genuine integrity … a harlot. … Judith did, in fact, make [Kinsey’s sexual stimulation of infants and toddlers] sound like horrendously violent, child sexual assault … [she is a] horrible, wretched scumbag … pathetic, sorry excuse for a human being. … The world will become a less wretched place, the second Judith Reisman drops dead [from natural causes, of course, though I’d not complain if she got accidentally ran over by a semi]. … With Love, Stevie-D.”

Love? What was that about stigma and hate speech?