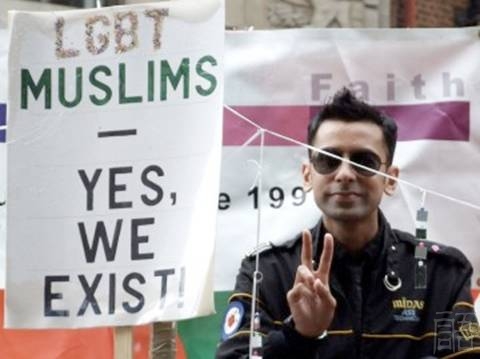 The rally followed a July 28 police raid on a gay venue in a working class district of Beirut when 36 men were taken into custody and forced to undergo the examinations, reportedly to determine their sexual orientation.

“We’re here because we want a clear statement from the ministry of justice that these kind of tests should be completely abolished and punished by the law,” said participant George Azzi

“The syndicate of doctors has declared these tests are irrelevant scientifically and it’s illegal for doctors to do these tests, but that doesn’t mean police can’t still request it,” he said.

Men and women – ranging from gay and lesbian young adults to a father and daughter – chanted in unison and held banners that read: “United to abolish the tests of shame.”

Other homemade signs struck a more sarcastic tone: “Honorable minister, before you test my anus, at least take me out to dinner,” read one.

But for most, the tests were no laughing matter.

Under Article 534 of the Lebanese Penal Code, sexual relations “contradicting the laws of nature” are illegal and violators may be punished by up to one year in prison

Faithful Muslim leaders in Europe and their allies in United States begin a campaign to stop all of us from wishing ”Merry Christmas”. According to their document just released, we should all go to hell for even putting up Christmas light. They threaten hell to pay on those who celebrate the birth of our God and Savior Jesus Christ.

Will you be intimidated this year and only say “happy holidays” or “seasons greetings” or hide your Christmas tree in schools and censor out Christianity from the front of our public buildings out of fear of what the muslim terrorists might do to you if you dare celebrate the most important event in all of history?

To find out more of the demands of terrorist supporting muslims united in Europe and United States, watch this expose on the one demanding all Christmas celebrations to stop: 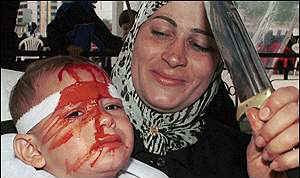 Choudary has learned to try to polish his deceitful presentations a bit, but has a hard time containing himself, as revealed during his interviews on BBC revealing his support for terrorists and calling for execution of citizens who leave islam.

Here is the islamic document with famous muslim judge’s quotes from qur’an on why hellfire awaits any who dare to even put up a Christmas tree or Christmas lights during the celebration of The Nativity of our God and Savior Jesus Christ.

In response to their demand, our wishing you and your family a Merry Christmas shall include a response in the language of the Arab Christians who lived peacefully for hundreds of years before islam forced its way through terrorist jihad atrocities on loving Christians and other nonmuslim people around the world. This worship hymn of our LORD is from the Church of Antioch where we were first called Christians.

Arabs received the revelation of God in Christ Jesus during the miraculous descent of The Holy Spirit in Power at Pentecost as shown in Acts 2:11. Despite all the persecution, the Church of Antioch continued faithfully for 2000 years and has local Churches all over the world.

May we all continue to celebrate Christmas and wish one another a “Merry Christmas” and put up our lights and Christmas trees no matter how many of the antichrist factions unite in attacking the birth of our God and Savior Jesus Christ. Long time ago, Herod ordered the murder of all children under the age of two to stop the reign of Christ in the hearts of men, but no more could he stop God than islam can do today.

Do not be afraid! God reigns. Wish someone a Merry Christmas today! Put up your Christmas lights and Trees and Nativity scenes in front of your homes and in public squares. Do not allow sharia law to creep on our land out of fear of “offending” someone. Whether it is received more fully by faith in Christ or simply appreciated by our neighbors, the LOVE of God is a blessing we can share with one another in gentle and kind respect at all times.

For a more life transforming Christmas worship this year, may I humbly also recommend the original Christian practice of entering into times of fasting and prayer prior to celebrating the birth of Christ alongside of other followers of Jesus?

European children being forced to bow down to Islam…literally

Islamization of the West

European children are being brainwashed into ‘respecting’ Islam with school-organized mosque visits and syllabuses that give undue prominence to a mythical Islamic ‘Golden Age.’

The picture below is from La Roche in France. The newspaper headline says “School pupils immerse themselves in Islam at La Roche mosque.”

Islam vs Europe
Here’s an excerpt from the British government website that provides information on the national curriculum. It describes a programme of lessons called “The Achievement of Muhammad (pbuh)” and discusses how to grade the childrens’ essays, quoting a few examples:

Over a number of lessons, the pupils had read and discussed texts about Muhammad’s (pbuh) life, covering his family’s reaction to his claims, as well as the reaction of people in Mecca and Medina. The pupils debated Muhammad’s (pbuh) achievements in groups and as a class.

As homework the teacher asked the pupils to answer the following assessment questions: Discuss the main events in Muhammad’s (pbuh) life that led others to believe he was a prophet from Allah (attainment target 1 beliefs, teachings and sources). What do you think Muhammad (pbuh) achieved in his life? (attainment target 2 meaning, purpose and truth).

Here are some excerpts from the children’s essays:

JOHN: “I think the main events in Muhammad’s life which led others to believe he was a prophet were when he had a vision from Gabriel in a cave outside Mecca. Some may think that he could have made it up but I think he was telling the truth because he was so convinced and honest that it could well have happened. Also he has so much to back him up and he couldn’t have just made it all up. Personally I think Muhammad was a great man and he had much strength and courage to do what he did and he has only God to thank for that.”

LAURA: Muhammad left his country and moved to Medina. During his time there he saw how much hatred there was, so he took it upon himself to do something about it. He brought the Medinian and Meccan Muslims together, and got them working alongside each other. …He preached to people who believed in many gods ad whose lives were full of sin and united religions and differences… I believe spreading the news of what you believe in, and totally changing a country from bad to good is a great achievement in anyone’s life.

Here’s a photo from of a trip to a mosque where British female students are forced to bow down to Allah:

[Message to American parents from BNI: Your children may be subjected to the same kind of Islamic brainswashing in their schools. Make sure you know what/if they are teaching them about Islam and raise Hell with the school board at any hints of Islamic indoctrination. It has already happened in some US public schools and American parents have succeeded in getting it eliminated from the curriculum]

When she first arrived in Sweden after her rescue from a Nazi concentration camp, Judith Popinski was treated with great kindness.

She raised a family in the city of Malmo, and for the next six decades lived happily in her adopted homeland – until last year.

In 2009, a chapel serving the city’s 700-strong Jewish community was set ablaze. Jewish cemeteries were repeatedly desecrated, worshippers were abused on their way home from prayer, and “Hitler” was mockingly chanted in the streets by masked men.

“I never thought I would see this hatred again in my lifetime, not in Sweden anyway,” Mrs Popinski told The Sunday Telegraph.

“This new hatred comes from Muslim immigrants. The Jewish people are afraid now.”

Malmo’s Jews, however, do not just point the finger at bigoted Muslims and their fellow racists in the country’s Neo-Nazi fringe. They also accuse Ilmar Reepalu, the Left-wing mayor who has been in power for 15 years, of failing to protect them.

Mr Reepalu, who is blamed for lax policing, is at the centre of a growing controversy for saying that what the Jews perceive as naked anti-Semitism is in fact just a sad, but understandable consequence of Israeli policy in the Middle East.

While his views are far from unusual on the European liberal-left, which is often accused of a pro-Palestinian bias, his Jewish critics say they encourage young Muslim hotheads to abuse and harass them.

The future looks so bleak that by one estimate, around 30 Jewish families have already left for Stockholm, England or Israel, and more are preparing to go.

With its young people planning new lives elsewhere, the remaining Jewish households, many of whom are made up of Holocaust survivors and their descendants, fear they will soon be gone altogether. Mrs Popinski, an 86-year-old widow, said she has even encountered hostility when invited to talk about the Holocaust in schools.

“Muslim schoolchildren often ignore me now when I talk about my experiences in the camps,” she said. “It is because of what their parents tell them about Jews. The hatreds of the Middle East have come to Malmo. Schools in Muslim areas of the city simply won’t invite Holocaust survivors to speak any more.”

Hate crimes, mainly directed against Jews, doubled last year with Malmo’s police recording 79 incidents and admitting that far more probably went unreported. As of yet, no direct attacks on people have been recorded but many Jews believe it is only a matter of time in the current climate. 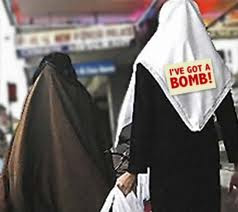 This turn of events in Malmo, Sweden is but a microcosm of Europe as a whole, and the unchecked Muslim immigration that is turning European cities into Middle Eastern-like ghettos, where Western ideas and culture are abhorred, Jews are harassed, and terrorist activities are plotted.

Look at the numbers. 5 years ago, in 2005, 85% of all European population growth came from Muslims. In Rotterdam and Amsterdam, Netherlands one in four people are Muslim. In Marseille, Brussells, and Bradford, UK one in five. In London, Paris, and Copenhagen one in ten. These numbers are staggering. In Brussels, Belgium the top seven baby boys’ names recently were Mohamed, Adam, Rayan, Ayoub, Mehdi, Amine and Hamza. In London the most popular baby boy name is…Mohammad. Unbelievable. And take a look at Savile Town in West Yorkshire, England. It is entirely Muslim. Experts predict that the current European Muslim population will double by 2015, and by 2050 will comprise the majority of people in Europe.

I’m afraid he may be right.