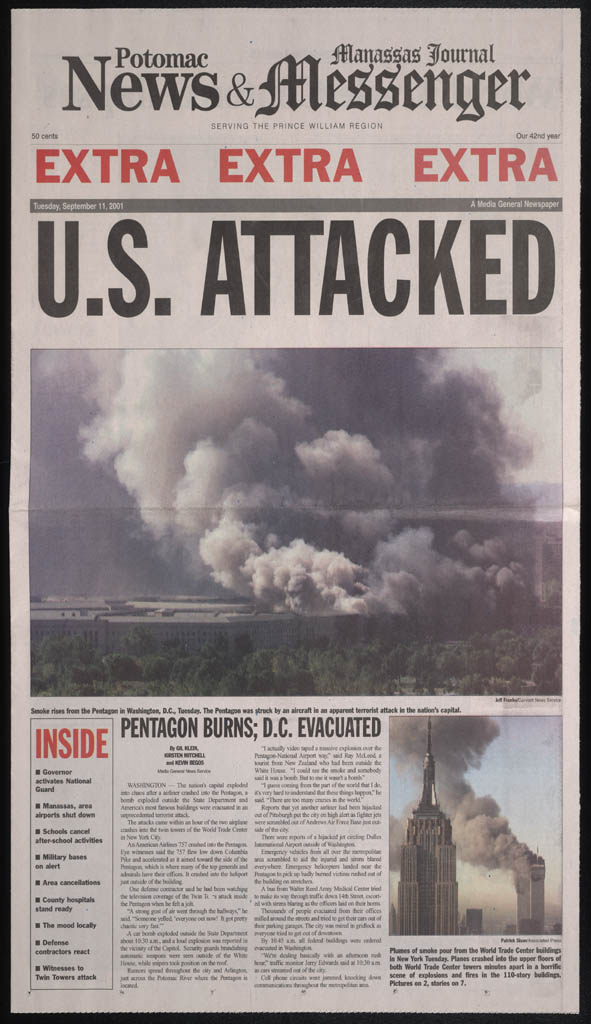 The meaning of 9/11’s most controversial photo

In the photograph Thomas Hoepker took on 11 September 2001, a group of New Yorkers sit chatting in the sun in a park in Brooklyn. Behind them, across brilliant blue water, in an azure sky, a terrible cloud of smoke and dust rises above lower Manhattan from the place where two towers were struck by hijacked airliners this same morning and have collapsed, killing, by fire, smoke, falling or jumping or crushing and tearing and fragmentation in the buildings’ final fall, nearly 3,000 people.

Ten years on, this is becoming one of the iconic photographs of 9/11, yet its history is strange and tortuous. Hoepker, a senior figure in the renowned Magnum photographers’ co-operative, chose not to publish it in 2001 and to exclude it from a book of Magnum pictures of that horribly unequalled day. Only in 2006, on the fifth anniversary of the attacks, did it appear in a book, and then it caused instant controversy. The critic and columnist Frank Rich wrote about it in the New York Times. He saw in this undeniably troubling picture an allegory of America’s failure to learn any deep lessons from that tragic day, to change or reform as a nation: “The young people in Mr Hoepker’s photo aren’t necessarily callous. They’re just American.”

In other words, a country that believes in moving on they have already moved on, enjoying the sun in spite of the scene of mass carnage that scars the fine day. Indeed, I can’t help thinking the five apparently unmoved New Yorkers resemble the characters in the famous 1990s television comedy Seinfeld, who in the show’s final episode are convicted under a Good Samaritan law of failing to care about others.

Rich’s view of the picture was instantly disputed. Walter Sipser, identifying himself as the guy in shades at the right of the picture, said he and his girlfriend, apparently sunbathing on a wall, were in fact “in a profound state of shock and disbelief”. Hoepker, they both complained, had photographed them without permission in a way that misrepresented their feelings and behaviour.

Well, you can’t photograph a feeling. But another five years on since it surfaced in 2006, it seems pointless to argue about the morality of the people in the picture, or of the photographer, or his decision to withhold the picture from publication. It is now established as one of the defining photographs of that day – with the 10th anniversary of the World Trade Centre’s destruction approaching, the Observer Review republished it this August as the 9/11 photograph.

It is the only photograph of that day to assert the art of the photographer: among hundreds of devastating pictures, by amateurs as well as professionals, that horrify and transfix us because they record the details of a crime that outstripped imagination – even Osama bin Laden dared not expect such a result – this one stands out as a more ironic, distanced, and therefore artful, image. Perhaps the real reason Hoepker sat on it at the time was because it would be egotistical to assert his own cunning as an artist in the midst of mass slaughter.

Today, the meaning of this photograph has nothing to do with judging individuals. It has become a picture about history, and about memory. As an image of a cataclysmic historical moment it captures something that is true of all historical moments: life does not stop dead because a battle or an act of terror is happening nearby. Artists and writers have told this truth down the ages. In his painting The Fall of Icarus, the Renaissance painter Pieter Bruegel depicts a peasant ploughing on as a boy falls to his death in the sea beyond: it is a very similar observation to Hoepker’s. WH Auden’s lines on this painting in his poem Musée des Beaux Arts apply perfectly to the photograph: “In Breughel’s Icarus, for instance: how everything turns away / Quite leisurely from the disaster …”

Stendhal similarly captures the dissonance of history in his novel The Charterhouse of Parma. A young man volunteers to fight for Napoleon at Waterloo, but instead of a defining moment of courage all he experiences are random, marginal, meaningless accidents on the edges of the great day.

History is not a heroic story, nor memory a block of marble inscribed with imperishable words of grief and rage. As Tony Blair – whose own response to this act of inhuman cruelty was to have such historic consequences – says of that day in his book A Journey, “It is amazing how quickly shock is absorbed and the natural rhythm of the human spirit reasserts itself … We remember, but not as we felt at that moment.”

Personally I remember the shock of that moment perfectly. I have nightmares about it, which is strange, considering I am not an American and witnessed it only on television in Hackney, London. But I had come to love New York deeply and it felt like – it was – an attack on everything I held dear. Yet arguments about the meaning and, urgently, the response to this colossal act of violence started immediately. For every horrific account you can read of that day a horror has been caused, either directly or indirectly, by the “war on terror” that resulted: 12,000 killed by suicide bombers in Iraq …

And so, 10 years on, the meaning of this photograph is that memories fade fast. The people in the foreground are us. We are the ones whose lives went on, touched yet untouched, separated from the heart of the tragedy by the blue water of time, which has got ever wider and more impossible to cross. A 10-year-old event belongs to history, not the present. To feel the full sorrow of it now you need to watch a documentary – and then you will switch to something lighter, either because it is painfully clear that too much blood has been spent around the world in the name of this disaster, or simply because changing channels is what humans do. The people in this photograph cannot help being alive, and showing it. 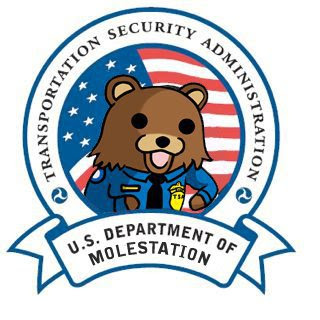 The Transportation Security Administration is considering changing its policy on photographing security checkpoints after several videos depicting questionable incidents between passengers and TSA screeners were posted on Youtube.

News of the possible changes in policy was posted Friday on the TSA Blog, the same blog that posted that it is permissible to photograph checkpoints, even though most screeners act as if it has always been illegal.

The reason it is considering changing its policy stems from a Youtube video that was recorded in Phoenix when a woman opted-out of the metal detectors and chose to get patted down by a TSA screener.

The woman began yelling hysterically that she had been molested by the screener.

Meanwhile, the woman’s son was recording the incident and continued to do so, even though several TSA screeners told him he was breaking the law.

It is impossible to tell whether the woman was molested in the video, but it’s clear that the TSA screeners were creating their own laws in dealing with the videographer – as they’ve done so many times before.

This is what the TSA had to say about the incident:

You may have seen the video of a woman at Phoenix Sky Harbor Airport who was upset about her screening experience.

TSA takes all allegations of improper screening seriously and investigates each claim to the fullest. After reviewing this passenger’s time at the checkpoint, we found that our security officers acted properly and neither the CCTV footage nor this YouTube video support any of the allegations levied. Real violations of our protocols are worth every ounce of our energy to investigate, but this alleged incident does not meet that threshold.

This incident has also raised many questions about whether or not passengers can film at checkpoints. This topic is currently under review, but you can read this blog post on our current policy for photography at checkpoints.

It doesn’t make sense to ban people from videotaping checkpoints just because a woman began yelling that she had been molested. If anything, more video cameras can provide more sides of the truth.

The real issue here is that TSA has made absolutely no effort to train its screeners on the current photography policy judging from my personal experiences as well many other embarrassing videos on Youtube.

And they probably find it easier to rewrite the policy to what the screeners already believe than make an attempt to educate them.

Whatever their reasons, it has nothing to do with keeping up safe from terrorists.

UPDATE: Mickey H. Osterreicher, attorney for the National Press Photographers Association, just sent an awesome letter to Janet Napolitano, Secretary of the Department of Homeland Security, regarding this matter.

UPDATE II: The TSA updated its blog after this post was published to include the following paragraph:

***Update: 6/9/2011 – There have been many many different interpretations of the photography portion of this post, so I wanted to clarify things a bit. We recognize that using video and photography equipment is a constitutionally protected activity unless it interferes with the screening process at our checkpoints. While our current policy remains the same, TSA is reviewing our guidance to officers at the checkpoint to ensure consistent application. Our goal is to protect passenger’s rights, while safeguarding the integrity of the security process. ***

So does this mean that they are going to start training TSA screeners that photography is allowed?