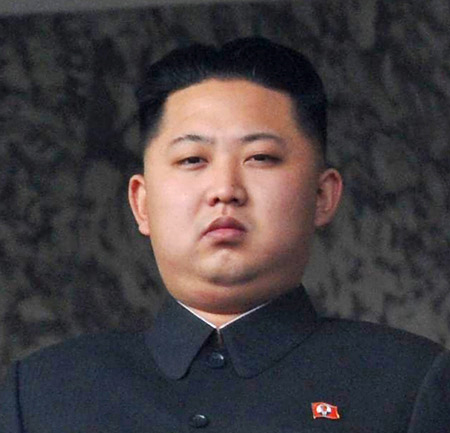 Here’s one version of the rumor, cleaned up from the crappy Google translation:

According to reliable sources, North Korean leader [Kim Jong-Un was killed] in Beijing in February 10 2012, at 2 o’clock and 45 minutes. Unknown persons broke into his residence shot and were subsequently shot and killed by the bodyguard.

Official Internet Rule: Any (Chinese) Twitter post that begins with “according to reliable sources” is almost certainly fake. But this hasn’t stopped Chinese netizens from speculating that the killing was a military coup, and posting blurry pictures purporting to show an unusual number of vehicles parked at the North Korean embassy. ChinaSMACK staff writer Joe Xu suggests reports of large number of cars at the embassy may have sparked the rumor. “Rumors like this pop up every other week,” he writes on Twitter.

We will only know Kim Jong-Un’s fate for sure when a new picture of him looking at things emerges.

Update: If you live in China, please help us figure out if Kim Jong-Un is dead.