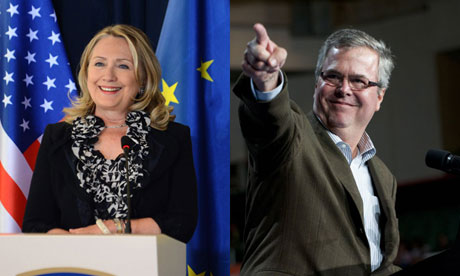 Asked in an interview with ABC News’ Diane Sawyer whether he thinks his brother former Florida Gov. Jeb Bush should run for president in 2016, the ex-president was unequivocal.

“He’d be a marvelous candidate if he chooses to do so. He doesn’t need my counsel ’cause he knows what it is, which is ‘run,’ ” the elder Bush brother said about Jeb’s possible candidacy, in an interview that first aired Wednesday on “World News with Diane Sawyer.” “But whether he does or not, it’s a very personal decision.”

The former president even allowed himself to picture the potential 2016 matchup: Jeb Bush vs. Hillary Rodham Clinton. It would be a family rematch of the 1992 election, when George H.W. Bush lost to Bill Clinton.

“It’ll be a fantastic photo here. It would certainly eclipse the museum and the center,” Bush said on the eve of the formal opening of the George W. Bush Presidential Center at Southern Methodist University, just outside Dallas. “I’m interested in politics. I’m, you know, I’m fascinated by all the gossip and stuff that goes on. But the field won’t be become clear ’til after the midterms.”

Asked for a word of advice to the Republican Party, the former president struck an optimistic note amid rounds of GOP soul-searching: “You will exist in the future,” he said with a smile.

On several major issues, though, Bush made clear he’s staying away from day-to-day political battles.

With some Republicans calling for immigration reform to be slowed down in the wake of terrorist attack in Boston apparently carried out by two immigrants, the former president brought up his previous support for comprehensive reform but said he wouldn’t be commenting on specific legislation.

“I’m a strong advocate in reforming a broken system,” Bush said. “It’s a difficult issue for members of Congress to deal with. And they’re just gonna have to figure out how best to deal with a very complex issue. And I don’t know all the particulars of the bill. I do know the system is not working.”

Bush also took a pass on the issue of gun control and expanded background checks, which he voiced support for as president.

“There’s a lotta issues that people would like to get my opinion on, and I really decided to stay out of the public arena,” he said.

He took a similar tack on gay marriage, which Bush opposes — a position that puts him at odds with his former vice president, Dick Cheney; his 2004 campaign manager, Ken Mehlman; and his wife, Laura, and daughter Barbara.

“No, but thank you for trying,” Bush said when asked whether he’d like to explain his position in that fast-evolving debate. “I’m not weighing in on issues. … See, you’re either in or out.”
SOURCE

Former President Bill Clinton says he supports a new “rule” in dealing with limits to presidential governance. After individuals serve two terms, he says they should be able to serve a third — with a few caveats.

First and foremost, this regulation, should it be adopted, shouldn’t apply to anyone who has already served. Also, the former president would want the individual seeking a third round in the White House to take some time off after his or her second term.

Clinton was speaking to MSNBC’s “Morning Joe,” where he was promoting his new book, “Back to Work: Why We Need Smart Government for a Strong Economy.”

Visit msnbc.com for breaking news, world news, and news about the economy In an interview with conservative radio icon Sean Hannity, former President Clinton adviser and campaign manager Dick Morris stated that, after speaking with a Democratic strategist, he thinks it is “very possible” that President Obama might acquiesce to requests from the Democratic leadership in Congress and bow out of the 2012 race, leaving the door open for him to return sometime in the future.

“I asked a top Democratic strategist the other day and he thought that it was possible that, in January, Harry Reid comes to Obama and says, ‘Look you cost us control of the House last year, you’re going to cost us control of the Senate this year. For the good of the party you have to step aside’” said Morris.

“And, then, (Obama) pulls a Lyndon Johnson, he says ‘I’m fighting to solve the recession, and problem is because of partisanship and my re-election people reject everything I say because of partisanship, so I’m going to not run for president and focus my full time attention on solving this recession’ and then go out popular,” Morris added. 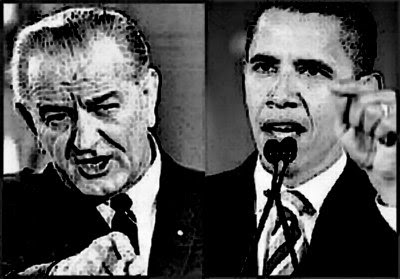 The strategy proposed here is an interesting one. With his approval ratings at an all time low, Obama is looking at a very high likelihood of a defeat in the 2012 elections and forecasters, using the examples of the 2011 special elections in New York City and Nevada, have forecast a very high probability of losses across the nation for the Democratic Party because of Obama.

A withdrawal by President Obama, with a statement that the reason he’s bowing out is to solve the recession, would likely allow the Democratic Party to recover some of its popularity and allow the president to present himself as rising above the partisan fights in Congress with a higher goal in mind. This would help the Democrats to better portray the Republicans, and especially the Tea Party, as the stubborn, non-compromising party uninterested in truly solving the nation’s problems.

Morris added that he thinks that this strategy could also set up Obama for a presidential run in a later election.

“The twenty second amendment does not preclude non-consecutive terms, he is young, (he could) preserve himself as a possible candidate down the road” said Morris. “We’ve seen how Bill Clinton is much more popular now then he was when he was leaving office, same with Jimmy Carter.”

Intriguing as that possibility is, however, non-consecutive presidential terms have only happened once before in American politics, though they have been attempted by a few former presidents. The only president to successfully serve non-consecutive terms was Democrat Grover Cleveland who won election in 1884, lost in 1888, and won in 1892