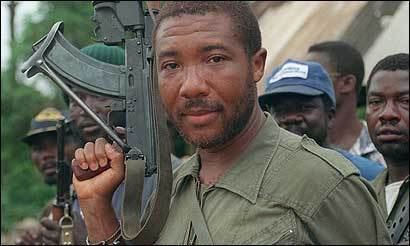 US authorities say former Liberian leader Charles Taylor worked for its intelligence agencies, including the CIA, the Boston Globe reports.

The revelation comes in response to a Freedom of Information request by the newspaper.

A Globe reporter told the BBC this is the first official confirmation of long-held reports of a relationship between US intelligence and Mr Taylor.

Mr Taylor is awaiting a verdict on his trial for alleged war crimes.

Rumours of CIA ties were fuelled in July 2009 when Mr Taylor himself told his trial, at the UN-backed Special Court for Sierra Leone in the Hague, that US agents had helped him escape from a maximum security prison in Boston in 1985.

The CIA at the time denied such claims as “completely absurd”.

But now the Defence Intelligence Agency, the Pentagon’s spy arm, has disclosed that its agents – and those of the CIA – did later use Mr Taylor as an informant, the Globe reports.

But they did confirm that Mr Taylor first started working with US intelligence in the 1980s, the period when he rose to become one of the world’s most notorious warlords, Mr Bender says.

He has been accused of arming and controlling the RUF rebels in neighbouring Sierra Leone during a 10-year campaign of terror conducted largely against civilians.

If convicted, Mr Taylor would serve a prison sentence in the UK.

He denies charges of murder, rape and using child soldiers.