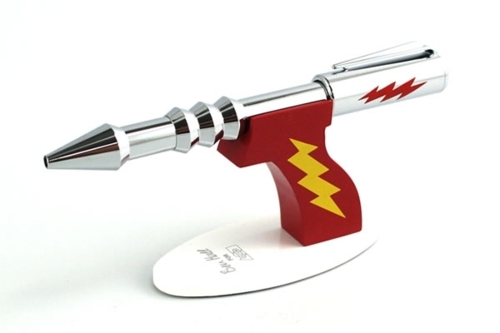 BULLETS and bombs are so 20th-century. The wars of the 21st will be dominated by ray guns. That, at least, is the vision of a band of military technologists who are building weapons that work by zapping the enemy’s electronics, rather than blowing him to bits. The result could be conflict that is less bloody, yet more effective, than what is now seen as conventional battle.

Electromagnetic weapons, to give these ray guns their proper name, are inspired by the cold-war idea of using the radio-frequency energy released by an atom bomb exploded high in the atmosphere to burn out an enemy’s electrical grid, telephone network and possibly even the wiring of his motor vehicles, by inducing a sudden surge of electricity in the cables that run these things.

That idea, fortunately, was never tried in earnest (though some tests were carried out). But, by thinking smaller, military planners have developed weapons that use a similar principle, without the need for a nuclear explosion. Instead, they create their electromagnetic pulses with magnetrons, the microwave generators at the hearts of radar sets (and also of microwave ovens). The result is kit that can take down enemy missiles and aircraft, stop tanks in their tracks and bring speedboats to a halt. It can also scare away soldiers without actually killing them.

Many electromagnetic weapons do, indeed, look like radars, at least to non-expert eyes. America’s air force is developing a range of them based on a type of radar called an active electronically scanned array (AESA). When acting as a normal radar, an AESA broadcasts its microwaves over a wide area. At the touch of a button, however, all of its energy can be focused onto a single point. If that point coincides with an incoming missile or aircraft, the target’s electronics will be zapped.

Small AESAs—those light enough to fit on a plane such as a joint strike fighter (F-35)—are probably restricted to zapping air-to-air and surface-to-air missiles (the air force is understandably reticent about supplying details of their capabilities). Ground- or ship-based kit can draw more power. This will be able to attack both ballistic missiles and aircraft, whose electronics tend to be better shielded.

In the case of the F-35, then, this sort of electromagnetic artillery is mainly defensive. But another plane, the Boeing Growler, uses electromagnetics as offensive weapons. The Growler, which first saw action in Iraq in 2010 and has been extensively (though discreetly) deployed during the NATO air war against Colonel Qaddafi’s forces in Libya, is a souped-up version of the Super Hornet. It is fitted with five pods: two under each wing and one under the fuselage. Some pods contain AESAs or similar electromagnetic weapons. Others have eavesdropping equipment inside them. In combination, the pods can be used either to spy on enemy communications or to destroy them; to suppress anti-aircraft fire; to disable the electronics of ground vehicles; and to make life so hazardous for enemy aircraft that they dare not fly (and probably to shoot them down electronically, too, though no one will confirm this). The Growler is able to keep its weapons charged up and humming by lowering special turbines into the airstream that rushes past the plane when it is flying. America has ordered 114 of the planes, and has taken delivery of 53.

By land, sea and air

Nor are aircraft the only vehicles from which destructive electromagnetic pulses can be launched. BAE Systems, a British defence firm, is building a ship-mounted electromagnetic gun. The High-Powered Microwave, as it is called, is reported by Aviation Week to be powerful enough to disable all of the motors in a swarm of up to 30 speedboats. Ships fitted with such devices would never be subject to the sort of attack that damaged USS Cole in 2000, when an al-Qaeda boat loaded with explosives rammed it. A gun like this would also be useful for stopping pirate attacks against commercial shipping.

Land vehicles, too, will soon be fitted with electromagnetic cannon. In 2013 America hopes to deploy the Radio-Frequency Vehicle Stopper. This device, developed at the Joint Non-Lethal Weapons Directorate in Quantico, Virginia, is a microwave transmitter the size and shape of a small satellite dish that pivots on top of an armoured car. When aimed at another vehicle, it causes that vehicle’s engine to stall.

This gentle way of handling the enemy—stopping his speedboats, stalling his tanks—has surprising advantages. For example, it expands the range of targets that can be attacked. Some favourite tricks of modern warfare, such as building communications centres in hospitals, or protecting sites with civilian “human shields”, cease to be effective if it is simply the electronics of the equipment being attacked that are destroyed. Though disabling an aircraft’s avionics will obviously cause it to crash, in many other cases, no direct harm is done to people at all. 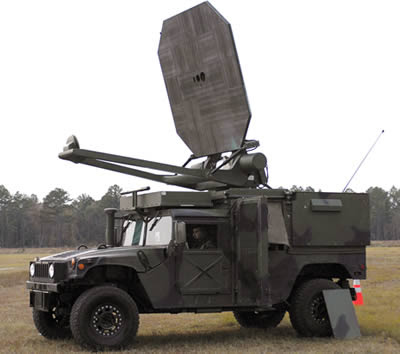 The logical conclusion of all this is a so-called “human-safe” missile, which carries an electromagnetic gun instead of an explosive warhead. Such a missile is being developed at Kirtland Air Force Base in New Mexico, and will soon be tested at the White Sands Missile Range.

There is, however, at least one electromagnetic weapon that is designed to attack enemy soldiers directly—though with the intention of driving them off, rather than killing them. This weapon, which is called the Active Denial System, has been developed by the Joint Non-Lethal Weapons Directorate, in collaboration with Raytheon. It works by heating the moisture in a person’s skin to the point where it feels, according to Kelley Hughes, an official at the directorate who volunteered to act as a guinea pig, like opening a hot oven. People’s reaction, when hit by the beam, is usually to flee. The beam’s range is several hundred metres.

Such anti-personnel weapons are controversial. Tests on monkeys, including ones in which the animals’ eyes were held open to check that the beam does not blind, suggest it causes no permanent damage. But when a vehicle-mounted Active Denial System was sent to Afghanistan in May 2010, it was eventually shipped back home without being used. The defence department will not say exactly why. The suspicion, though, is that weapons like the Active Denial System really are reminiscent in many minds of the ray guns of science fiction, and that using them in combat would be a PR mistake. Disabling communications and destroying missiles is one thing. Using heat-rays on the enemy might look bad in the newspapers, and put civilians off their breakfast.

Cold showers are good for you

To every action there is, of course, an equal and opposite reaction, and researchers are just as busy designing ways of foiling electromagnetic weapons as they are developing them. Most such foils are types of Faraday cage—named after the 19th-century investigator who did much of the fundamental research on electromagnetism.

A Faraday cage is a shield of conductive material that stops electromagnetic radiation penetrating. Such shields need not be heavy. Nickel- and copper-coated polyester mesh is a good starting point. Metallised textiles—chemically treated for greater conductivity—are also used. But Faraday cages can be costly. EMP-tronic, a firm based in Morarp, Sweden, has developed such shielding, initially for the Gripen, a Swedish fighter jet. It will shield buildings too, though, for a suitable consideration. To cover one a mere 20 metres square with a copper-mesh Faraday cage the firm charges €300,000 ($400,000).

Shielding buildings may soon become less expensive than that. At least two groups of scientists—one at the National Research Council Canada and the other at Global Contour, a firm in Texas—are developing electrically conductive cement that will block electromagnetic pulses. Global Contour’s mixture, which includes fibres of steel and carbon, as well as a special ingredient that the firm will not disclose, would add only $20 to the $150 per cubic metre, or thereabouts, which ordinary concrete costs.

The arms race to protect small vehicles and buildings against electromagnetic warfare, then, has already begun. Protecting ships, however, requires lateral thinking. For obvious reasons, they cannot be encased in concrete. And building a conventional Faraday cage round a naval vessel would be horribly expensive.

Daniel Tam, of the Space and Naval Warfare Systems Command in San Diego, thinks he has a way to get round that. He proposes to use the electrical conductivity of the sodium and chloride ions in seawater to create a novel type of Faraday cage. A shroud of seawater around a ship, thrown up by special pumps and hoses if the vessel came under electromagnetic attack, would do the trick, he reckons.

It is an ambitious idea. Whether it works or not, it shows how much the nature of modern belligerency is changing. Bombs and bullets will always have their place, of course. But the thought that a cold shower could protect a ship from attack is almost surreal.