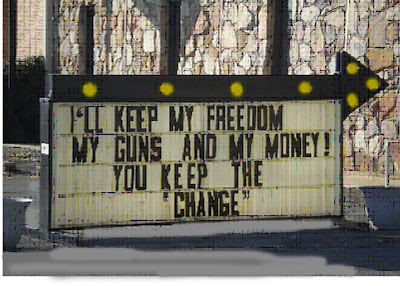 Breaking information sent to this reporter moments ago via email from a contact in Anchorage, Alaska indicates that a local gun store has refused to comply with an order from the ATF to turn over to the agency the official ‘Bound Book’ that firearms retailers are required to keep on site on customers and their purchases, photo I.D.s, and background checks.

The store’s refusal has provoked a confrontation with the ATF, which claims that the Bound Book is ‘their property.’

An initial report was published here yesterday concerning this new illegal activity on the part of the ATF.

According to a memo from the Anchorage Second Amendment Task Force, the Great Northern Guns store in Anchorage was asked to give their Bound Book to the ATF so it could be copied in its totality. The store refused, citing their legal rights and the fact that to do so would be a violation of the Firearms Owners Protection Act of 1986.
Advertisement

The Task Force began to make inquiries about the ATF’s request and was told by a local agency official that the Bound Book is the property of the ATF and can be picked up anytime they choose.

But the law appears to say something entirely different.

While it is true that the ATF can gain access to the book, there are specific stipulations concerning the circumstances that would warrant such a request. The law prevents any government agency, including ATF, from taking possession of the entire record of purchases. The agency can, however, gain access to certain specific records under the following three stipulations–there is an ongoing criminal investigation of a customer, there is an annual on site inspection of the store’s records, or there is a need to trace a specific firearm in the midst of an ongoing investigation.

Provisions Of The Firearms Owners Protection Act of 1986:
Inspection and Acquisition of Licensee Records

The Gun Control Act required licensees to maintain records of firearm acquisitions, dispositions, and inventories. Furthermore, it permitted warrantless inspection of these “at all reasonable times,” and broadly authorized the Secretary to require submission of reports on the records’ content.

FOPA establishes significant restrictions on the two latter powers. In general, administrative inspections of licensee records now require a magistrate’s warrant, based on a showing of reasonable cause to believe evidence of a violation may be found.

Three exceptions, however, nearly swallow this rule. Neither warrant nor reasonable cause is needed for (1) a reasonable inquiry in the course of a criminal investigation of a person other than the licensee; (2) an annual inspection for ensuring compliance with record keeping requirements; or (3) tracing a firearm in the course of a bona fide criminal investigation. While these sizably reduce application of the warrant and cause requirement, it remains effective for its primary purpose in any event: to prevent inspections undertaken without immediate law enforcement need, or abused for the purpose of harassment.

FOPA also institutes some measures designed to minimize the harassment potential of an otherwise authorized inspection or search. Only records material to a violation of law may be seized and even as to these, copies must be furnished the licensee within a reasonable time. The unusual appearance of the last protection vanishes upon reflection; because a licensee is legally bound to buy and sell only upon recordation, removal of his records is more than an inconvenience.
The power of the Secretary to acquire licensee records is likewise limited by FOPA.
Requirements to (1) submit records upon going out of business, (2) submit a report upon sale of more than one handgun to the same person during the same week and (3) submit reports of sales when ordered to do so by the Secretary, are enacted into law.

Conversely, the Secretary is forbidden to require submission of reports “except as expressly required by this section.” Paralleling this prohibition is the proviso that no future regulation may require that any records required by the Act “be recorded at or transferred to a facility owned, managed, or controlled by the United States or any state or any political subdivision thereof, nor that any system of registration of firearms, firearms owners, or firearms transactions or dispositions be established.”

The problem with the ATF’s request is that it has not specified any of these stipulations justifying its demand for the entire Bound Book.

This led the Second Amendment Task Force to question the agency’s motives, even to the point of suspecting that the action is some sort of de facto registration scheme being conducted by the Obama Administration. An agent who was contacted by the Task Force would not provide any information on the request other than to say the directive came ‘from on high.’

The Task Force interpreted that to mean the Seattle Field Division. The Task Force has also initiated inquiries into firearms dealers in other states to ascertain if the ATF directive is broad based or confined to Alaska.

More information will be provided on this breaking story as it becomes available.

Notice! My latest entry in what is turning into a regular, ongoing series of musings after midnight at my blog, The Liberty Sphere, is now posted. I present more in depth personal reflections delineating the acute danger America faces at this hour. It is a dire warning to the serious reader who loves freedom and the principles handed down to us by the Framers. Don’t miss it.

Continue reading on Examiner.com Breaking: confrontation between Alaska gun store and ATF and make sure to check the ar-15 rifles online if you are looking for a better and easier way of obtaining a firearm!