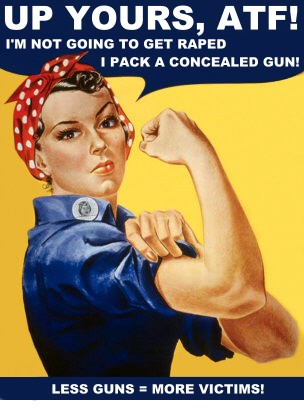 Not only did U.S. officials approve, allow and assist in the sale of more than 2,000 guns to the Sinaloa cartel — the federal government used taxpayer money to buy semi-automatic weapons, sold them to criminals and then watched as the guns disappeared.

This disclosure, revealed in documents obtained by Fox News, could undermine the Department of Justice’s previous defense that Operation Fast and Furious was a “botched” operation where agents simply “lost track” of weapons as they were transferred from one illegal buyer to another. Instead, it heightens the culpability of the federal government as Mexico, according to sources, has opened two criminal investigations into the operation that flooded their country with illegal weapons.

The following documents detail the role the ATF played in buying and selling weapons as part of its controversial “Fast and Furious” operation.

Operation Fast and Furious began in October 2009. In it, federal agents from the Bureau of Alcohol, Tobacco, Firearms and Explosives encouraged gun stores to sell weapons to an arms smuggling gang, then watched as the guns crossed the border and were used in crimes. Each month, the agency allowed hundreds of guns to go South, despite opposition from some agents.

All told, the gang spent more than $1.25 million for the illegal guns.

In June 2010, however, the ATF dramatically upped the ante, making the U.S. government the actual “seller” of guns.

According to documents obtained by Fox News, Agent John Dodson was ordered to buy six semi-automatic Draco pistols — two of those were purchased at the Lone Wolf gun store in Peoria, Ariz. An unusual sale, Dodson was sent to the store with a letter of approval from David Voth, an ATF group supervisor.

Dodson then sold the weapons to known illegal buyers, while fellow agents watched from their cars nearby.

This was not a “buy-bust” or a sting operation, where police sell to a buyer and then arrest them immediately afterward. In this case, agents were “ordered” to let the sale go through and follow the weapons to a stash house.

According to sources directly involved in the case, Dodson felt strongly that the weapons should not be abandoned and the stash house should remain under 24-hour surveillance. However, Voth disagreed and ordered the surveillance team to return to the office. Dodson refused, and for six days in the desert heat kept the house under watch, defying direct orders from Voth.

A week later, a second vehicle showed up to transfer the weapons. Dodson called for an interdiction team to move in, make the arrest and seize the weapons. Voth refused and the guns disappeared with no surveillance.

According to a story posted Sunday on a website dedicated to covering Fast and Furious, Voth gave Dodson the assignment to “dirty him up,” since Dodson had become the most vocal critic of the operation.

“I think Dodson demanded the letter from Voth to cover both himself and the FFL (Federal Firearm Licensee). He didn’t want to be hung out to dry by Voth,” a source told the website “Sipsey Street Irregulars.”

Subsequent to this undercover operation, sources told Sipsey, “Dodson just about came apart all over them (his supervisors). In a ‘screaming match’ that was heard throughout the Phoenix office by many employees, Dodson yelled at Voth and Assistant Special Agent in Charge George Gillett, ‘Why not just go direct and empty out the (ATF) arms room?” (to the cartels), or words to that effect.’

After the confrontation, ATF managers transferred Dodson to a more menial job. Months later, after the death of Border Patrol agent Brian Terry, Dodson blew the whistle and went public about the federal government’s gunrunning operation.