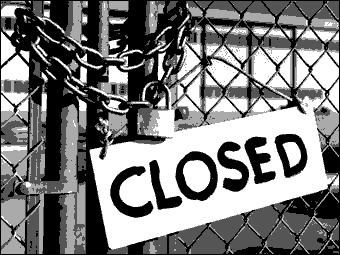 Courtesy of The Economic Collapse Blog

All over America, restlessness and frustration are growing. It has now been almost three years since the great financial crash of 2008, and yet the U.S. economy is still a complete and total mess. In fact, there are all sorts of signs that things are about to get even worse, and the American people are just about fed up. Virtually every major poll, survey and measure of consumer confidence shows that the American people are becoming more pessimistic about the economy. Millions of hard working Americans that worked their fingers to the bone for their employers and that did everything “right” are sitting at home on their couches tonight staring blankly at the television. Many of them still have a hard time believing that they were laid off and that there is nobody out there that wants to give them a good job. There are millions of other Americans that won’t get much sleep tonight because they will spend much of the night rolling around in bed wondering how they are possibly going to be able to pay the mortgage. We have never faced such an extended economic downturn in modern U.S. history, and a lot of people are starting to freak out about the condition of the economy. As Gerald Celente likes to say: “When people lose everything and have nothing left to lose – they lose it.”

Every single month, the number of good jobs continues to go down. Wall Street actually rewards companies that have a good “outsourcing strategy“. As I have written about previously, a growing percentage of the jobs that are being “created” these days are very low paying jobs. But you can’t support a family, pay a mortgage or even afford decent health insurance on what you would make stocking shelves at Target or passing out buckets of chicken for KFC.

The American people keep waiting for “hope” and “change” to show up, but all they get instead are more helpings of “despair” and “frustration“.

Sadly, most Americans still cling to the hope that if the “next election” will just turn out the right way that things will be okay. But the truth is that things seem to stay on pretty much the same course no matter who we put into office.

For many years the status quo seemed to be okay for most people, but now we are starting to reap the results of the economic seeds that we have sown.

Now our economic decline is starting to accelerate and people are starting to panic. Most Americans may not know why all of this is happening, but what many of them do know is that something in their gut is telling them that things have gone terribly, terribly wrong somehow.

The following are 10 signs that the American people are starting to freak out about the condition of the economy….

#1 Things have already gotten so bad that Americans will literally trample one another just to get on a waiting list for rental assistance vouchers. Just check out the following excerpt from a local news report about a recent incident in Texas….

At least eight people were hurt Thursday morning while scrambling to line up for a limited number of Dallas County rental vouchers — after waiting for hours in their cars.

Video of this incident is posted below. One of the people that was trampled was a pregnant woman….

#3 The Reuters/University of Michigan consumer sentiment index has fallen to 63.8 after being at 71.5 in June. It is now the lowest that it has been since the last recession “ended”.

#4 The Rasmussen Consumer Index is down 9 points from a month ago.

#5 A recent poll taken by Rasmussen found that 68 percent of Americans believe that we are actually in a recession right now.

#6 According to Gallup, the percentage of Americans that lack confidence in U.S. banks is now at an all-time high of 36%.

#7 In many areas of the United States this summer, just about anything that is not bolted down is being stolen by people that are desperate for money.

#8 According to one recent poll, 39 percent of Americans believe that the U.S. economy has now entered a “permanent decline”.

#9 Another recent survey found that 48 percent of Americans believe that it is likely that another great Depression will begin within the next 12 months.

#10 According to a brand new Reuters/Ipsos poll, 63 percent of Americans believe that the nation is on the wrong track. That figure is three percent higher than it was last month. One of the only things preventing chaos from breaking out in the streets of our cities from coast to coast is government handouts.

Today, almost 20 percent of all personal income in the United States comes from benefits provided by the federal government.

You don’t believe this? Just check out what the New York Times recently had to say….

Close to $2 of every $10 that went into Americans’ wallets last year were payments like jobless benefits, food stamps, Social Security and disability, according to an analysis by Moody’s Analytics.

There are tens of millions of Americans that are living “on the edge”, but at least the massive government handout programs are enabling most of them to survive.

So what happens when the checks from the government stop coming?

Look, I am not advocating that the “welfare society” that we have become is a good thing. Today, Americans receive more in direct government benefits than they pay in taxes. That is not even close to sustainable.

What I am pointing out is that tens of millions of Americans that are deeply suffering are currently being pacified by these government handouts. Once the handouts are cut significantly or taken away completely it is going to unleash a lot of anger and frustration.

Of course what the American people really need are good jobs that will give them dignity and allow them to provide for their families, but millions of those keep getting shipped out of the country.

So the only thing that millions of Americans still have to hang on to are their government benefits. Once that changes a whole lot of people are going to throw a fit.

In fact, we are already seeing some really bizarre behavior across the United States. In many areas of the country we are literally watching society crumble right in front of our very eyes.

But not all Americans will resort to lawless behavior. In fact, there are a lot of really good, hard working people out there that this economy has left behind.

There are some people that have put in decades of hard work only to see their dreams shrivel up over the past few years.

Some of the stories people send me are absolutely heartbreaking. I have looked at each and every comment that has been left on The Economic Collapse over the past couple of years. Needless to say, it has taken a huge investment of my time to go through more than 20,000 comments. But in the process I have gotten a very good idea of what people are going through across the nation.

So how badly are people hurting? Well, a reader identified as “Anna44” recently shared with us what some of her family members have been going through in this economy….

My B-I-L was a dealership owner/manager who worked long hours over 38 years and had to close his doors when Saturn was dissolved. When his dealership went under, 72 others lost their job. That’s 72 families who took a hit. He lost his home, everything. A few of his former employees lost their homes as well eventually. They were not lazy or WORTHLESS. It took him a year and a half to finally find something, but now he lives in a hotel unable to qualify for a house or apartment. This is an educated man who competed nationwide for top dog and got it more then once. His biggest fault? He’s almost 60, young enough to need the work, but too old to be hired.

As for my husband- 26 years AF officer, handling millions & billions on International & National levels has just entered his 7th month of unemployment. Two tours abroad- lazy he is NOT. He doesn’t qualify for unemployment, nor is he counted because he gets a retirement check. He wants and needs to work- yet there is little out there. If he doesn’t find something soon, we too will lose the home we sunk every cent into after 20 years of saving for it!

All across America tonight there are similar stories. People have done everything “right” all of their lives and they are frustrated that now they have been pushed to the edge of poverty by this economy.

Unfortunately, it looks like things may soon get even worse. Economist David Rosenberg recently told CNBC the following….

“We’re just one small shock away from the economy going back into recession.”

That is not what the American people want to hear.

What they want to hear is that things are about to get better.

What they want to hear is that things are going to get back to normal soon.

Sadly, that is just not going to be the case.

The economy is going to get worse and worse, and the frustration and the anger of the American people is just going to continue to grow.