It’s already happening – the liberal dream of a perpetual social welfare state where deadbeat liberal constituencies feed off of the work of productive conservative citizens in perpetuity is dying. There’s no doubt about that; the only question left is how long and hard the process will be as the hideous leviathan the utopian liberal establishment has created convulses and dies.

The collapse is well-underway in Europe – Greece has gone from the cradle of democracy to a cesspool of union-fueled mobs – but America faces the same trauma. As the contradictions inherent in the vision of a societal plan based on the notion that an ever-expanding pool of Democratic-voting serfs sucking the wealth away from the mostly Republican-oriented producers who labored to create it become more apparent, the reactions and rear-guard efforts of the terminal liberal elite will grow more extreme.

We are already seeing the liberal elite lash out in anger and frustration at what is a perfect storm of failure. Glenn Reynolds, the legendary Instapundit, chronicles the daily disintegration, while the brilliant Mark Steyn’s cheery new book, After America: Get Ready for Armageddon, drops on August 8, 2011 – I’ll race you to Amazon to get a copy.

As the three components of the liberal establishment – the media, the unions and politicians – rage at the dying of the liberal light, the insanity meter will swing far into the red. It’s already begun. The Tea Party has dared to speak the truth, and the uncomfortable realities it has pointed out have destroyed the bogus consensus that has allowed the debt Titanic to sail giddily on toward the iceberg. That’s why the establishment response is to demonize the popular movement. We’re “terrorists” or “lunatics” or, bizarrely, “hobbits.” Our crime is telling the truth.

Never mind that the Tea Party candidates were absolutely clear about their debt crisis solution when running for election – the voters spoke. Apparently, the only polls that matter get taken around the tables at Manhattan and Georgetown dinner parties – and, oddly, the results are always unanimous in favor of a “compromise” that tries to shore-up the crumbling status quo.

The problem with the Tea Party is not what it does – at best, right now, it can only make a moral and political case; it does not have the numbers to make anything happen without non-Tea Partiers joining it. The problem with the Tea Partiers, in the eyes of the liberal establishment and the pet moderate GOP enablers, is that it dares to point out the indisputable truth that must be hidden at all costs: That the social welfare state is unsustainable and will collapse.

But the demonization campaign does not seem to be working as expected – amazingly, the Tea Party caucus was able to provide the missing spine to the go-along/get-along gang running the House and present a primary-based incentive to the collegial Senate Republicans who have to face the voters next year and don’t want to join booted squish ex-Utah senator Bob Bennett in his new sinecure as the MSM’s go-to, slam-the-conservatives, pseudo-GOP nobody. While the resulting deal was terrible, it was still a massive humiliation for the liberal establishment. They are not in a forgiving mood, and it’s easier to hate on the Tea Party than face the fact that they’ve driven us to bankruptcy.

So when demonization doesn’t work, government lifers like Senator Kerry advocate silencing the opposition. One might think that a United States senator demanding that the media refuse to report the views of his political opponents because too many people are accepting them might stir some outrage in the media. But then, if you did, you probably might believe in unicorns, leprechauns and global warming as well.

Instead of a chorus of outrage at this creepy fascism, the media elite seem to think this is a great idea. But that should not be a surprise. The media – at least the old media (call it the MSM) – is dying, killed off not only by technology that allows conservatives to evade the gates it used to defend to prevent the political discourse from being contaminated with ideas that challenge its foundational liberal premises. It is grasping at a life preserver, trying to take in a few more lungfuls of air before it sinks under forever. 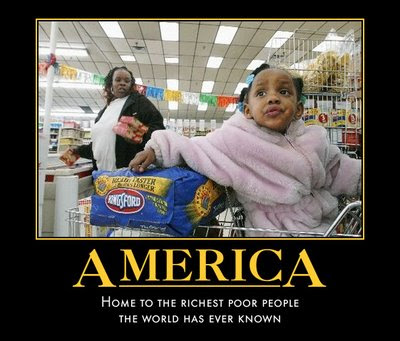 With the establishment politicians far “out of their depth” in response to the coming crisis, watch for more moves by the Left not to resolve the situation but to kill the messenger. Do not put it past the elite to actually try again to limit debate using law and/or regulations. They still salivate at the notion of killing off conservative radio by resurrecting the Orwellian Fairness Doctrine, and the government at one point argued that it had the right to criminally prosecute citizens for publishing a book critical of politicians until it backed down. Note that the MSM strongly supports these forays into fascism – not surprising since they think that the Constitution that allows conservatives’ voice to be heard is a “problem.”

But it will be impossible to regulate conservative opposition out of existence – not just because of the First Amendment but because the coming reckoning will be so severe that it can no longer be swept under the rug. Yet, rug sweeping will become their next strategy. Playing off the demonization tactics, they will continue to attempt to engage moderate – read “squishy” – Republicans toward some sort of “compromise” that will give them just a bit more time before everything comes crashing down. Watch for this when the “Super Commission” comes back with its plan. Their goal – get past November 2012 then hopefully use the crisis to their advantage to turn the ship of state even harder to port.

But that’s a fool’s errand. The DC establishment can ignore math, but math won’t ignore it. There is simply not enough wealth that exists or can be imagined into existence through borrowing to support the redistributionist utopia they seek. Greece is a harbinger of the future. The EU will cobble together a bogus bailout that will keep the Hellenic rowboat afloat just a bit longer before it is swamped, but Zorba best learn to swim because it is going under.

Then the other failed states of Europe – Ireland, Spain, Italy, Portugal – will collapse too, taking with them Europe’s banks and our banks along with them. The only reason we won’t fail first – S&P did not act too early but, rather, far too late in downgrading the US – is that Europe’s social democratic elite is even more delusional than ours.

It’s over. The system must crash and reboot. The choice is a hard landing or a harder landing.

The prescription is clear to anyone looking at the situation, except for the establishment that will not see it because to admit what must be done and embrace it means to wave goodbye to its members’ power, prestige and position. We need to slash spending to less than the revenue we take in – the difference going to pay off the $14 trillion-plus tab. And we need to do it now, not in some hazy future where some other Congress will have to make the tough calls – though reality may just make them for it.

That means a radical return to Constitutional government where the federal government goes back to what it was formed to do – those things set forth in the Constitution and nothing else. The relatively easy part will be zeroing out the cowboy poetry slams, largely unwatched government TV networks and creepy shrimp-on-a-treadmill study grants.

The hard part is the entitlements all of us were promised and none of us will ever see. It means repealing Obamacare, but moreover returning the responsibility for health care to where it belongs – the individual. The same with retirement – Social Security is a ponzi scheme and everyone knows it.

Government student loans, farms subsidies, corporate bailouts, food stamps, Section 8 housing – none of these are federal responsibilities. These should be eliminated not only because they are counterproductive, ineffective and soul-crushing for recipients but because if we don’t do it on our own terms fiscal reality will do it for us cold turkey. And let’s not forget eliminating vast swaths of federal regulations – something that will both free up business and have the added benefit of dumping hundreds of thousands of government loafers off of Uncle Sam’s payroll.

There is a major change coming, and it could get ugly. Union members will do their masters’ bidding with the support of the MSM, threatening violence and maybe committing some. Look for well-planned and carefully-coordinated “spontaneous” mass marches on public buildings by scores of public employee union slugs demanding we keep subsidizing their retirements at full pay at age 50.

Fortunately, again as observed by Glenn Reynolds, the present crop of union activists aren’t the hardscrabble blue collar bruisers of the storied past. Today, most seem to be skinny green tea-sipping public school teachers, naggy Department of Weights & Measures diversity officers, or massive welfare-dispensing office drones clad in form-fitting purple size-XXXXL SEIU t-shirts that were made in China. Not exactly a fearsome crew, unless you’re between them and a muffin.

The Tea Party did not cause what will be a brutal reckoning. It only pointed out the truth and said, “No more” – an unforgivable crime to the people who caused this disaster and want to keep milking the system for as long as possible. The key to getting through the coming trauma – and it will be traumatic, as the social contract the liberals unilaterally imposed is rewritten by an implacable reality – is for the productive citizens of the United States to stand firm and stand fast. In other words, just the way Americans have gotten through every other crisis we’ve faced before.

America’s greatest days need not be in the past. Guided by the Founder’s vision and the principles of the Constitution, we will find that they lie ahead, over just one more hill.