20 Signs That A Horrific Global Food Crisis Is Coming

In case you haven’t noticed, the world is on the verge of a horrific global food crisis. At some point, this crisis will affect you and your family. It may not be today, and it may not be tomorrow, but it is going to happen. Crazy weather and horrifying natural disasters have played havoc with agricultural production in many areas of the globe over the past couple of years. Meanwhile, the price of oil has begun to skyrocket. The entire global economy is predicated on the ability to use massive amounts of inexpensive oil to cheaply produce food and other goods and transport them over vast distances. Without cheap oil the whole game changes. Topsoil is being depleted at a staggering rate and key aquifers all over the world are being drained at an alarming pace. Global food prices are already at an all-time high and they continue to move up aggressively. So what is going to happen to our world when hundreds of millions more people cannot afford to feed themselves?

Most Americans are so accustomed to supermarkets that are absolutely packed to the gills with massive amounts of really inexpensive food that they cannot even imagine that life could be any other way. Unfortunately, that era is ending.

There are all kinds of indications that we are now entering a time when there will not be nearly enough food for everyone in the world. As competition for food supplies increases, food prices are going to go up. In fact, at some point they are going to go way up.

Let’s look at some of the key reasons why an increasing number of people believe that a massive food crisis is on the horizon.

The following are 20 signs that a horrific global food crisis is coming….

#1 According to the World Bank, 44 million people around the globe have been pushed into extreme poverty since last June because of rising food prices.

#3 Due to U.S. ethanol subsidies, almost a third of all corn grown in the United States is now used for fuel. This is putting a lot of stress on the price of corn.

#4 Due to a lack of water, some countries in the Middle East find themselves forced to almost totally rely on other nations for basic food staples. For example, it is being projected that there will be no more wheat production in Saudi Arabia by the year 2012.
#5 Water tables all over the globe are being depleted at an alarming rate due to “overpumping”. According to the World Bank, there are 130 million people in China and 175 million people in India that are being fed with grain with water that is being pumped out of aquifers faster than it can be replaced. So what happens once all of that water is gone?

#6 In the United States, the systematic depletion of the Ogallala Aquifercould eventually turn “America’s Breadbasket” back into the “Dust Bowl”.

#7 Diseases such as UG99 wheat rust are wiping out increasingly large segments of the world food supply.

#8 The tsunami and subsequent nuclear crisis in Japan have rendered vast agricultural areas in that nation unusable. In fact, there are many that believe that eventually a significant portion of northern Japan will be considered to beuninhabitable. Not only that, many are now convinced that the Japanese economy, the third largest economy in the world, is likely to totally collapse as a result of all this. 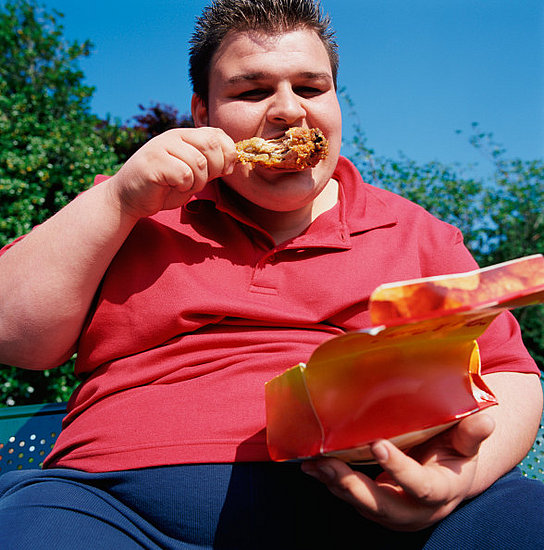 #9 The price of oil may be the biggest factor on this list. The way that we produce our food is very heavily dependent on oil. The way that we transport our food is very heavily dependent on oil. When you have skyrocketing oil prices, our entire food production system becomes much more expensive. If the price of oil continues to stay high, we are going to see much higher food prices and some forms of food production will no longer make economic sense at all.

#10 At some point the world could experience a very serious fertilizer shortage. According to scientists with the Global Phosphorus Research Initiative, the world is not going to have enough phosphorous to meet agricultural demand in just 30 to 40 years.

#11 Food inflation is already devastating many economies around the globe. For example, India is dealing with an annual food inflation rate of 18 percent.

#12 According to the United Nations, the global price of food reached a new all-time high in February.

#13 According to the World Bank, the global price of food has risen 36% over the past 12 months.

#14 The commodity price of wheat has approximately doubled since last summer.

#15 The commodity price of corn has also about doubled since last summer.

#16 The commodity price of soybeans is up about 50% since last June.

#17 The commodity price of orange juice has doubled since 2009. #18 There are about 3 billion people around the globe that live on the equivalent of 2 dollars a day or less and the world was already on the verge ofeconomic disaster before this year even began.

#19 2011 has already been one of the craziest years since World War 2. Revolutions have swept across the Middle East, the United States has gotten involved in the civil war in Libya, Europe is on the verge of a financial meltdown and the U.S. dollar is dying. None of this is good news for global food production.

#20 There have been persistent rumors of shortages at some of the biggest suppliers of emergency food in the United States. The following is an excerpt from a recent “special alert” posted on Raiders News Network….

Look around you. Read the headlines. See the largest factories of food, potassium iodide, and other emergency product manufacturers literally closing their online stores and putting up signs like those on Mountain House’s Official Website and Thyrosafe’s Factory Webpage that explain, due to overwhelming demand, they are shutting down sales for the time being and hope to reopen someday.

So what does all of this mean?

It means that time is short.

For years, many “doom and gloomers” have been yelling and screaming that a food crisis is coming.

Well, up to this point there hasn’t been much to get alarmed about. Food prices have started to rise, but the truth is that our stores are still packed to the rafters will gigantic amounts of relatively cheap food.

However, you would have to be an idiot not to see the warning signs. Just look at what happened in Japan after March 11th. Store shelves were cleared out almost instantly.

So what are you and your family going to do then?

FOOD security will be the greatest challenge to civilisation this century, with shortages leading to higher prices, political instability and mass migration, warn scientists, farmers and academics.

A policy summit in Melbourne this week will be told that that while Australian farms are capable of feeding the nation until it more than doubles in population, agricultural productivity is in decline and the effects of a looming food crisis overseas are already being felt in rising grocery costs.

The National Sustainable Food Summit will explore ways to boost productivity in the changing environment, including subsidising farmers to employ environmentally sound practices, turning hobby farms into working properties, and buying up farming land in Mozambique.
Advertisement: Story continues below

Sharp rises in food prices in 2008 and 2010 demonstrated that supplies were no longer keeping up with demand, said Julian Cribb, author of The Coming Famine, who will address the summit on food challenges.

But the ramifications of the problem were even starker overseas. The governments of Tunisia and Egypt had fallen as a result of riots propelled by food protests.

Those type of upheavals would inevitably affect Australia through increased immigration and regional instability unless it invested in research and innovation to increase global food production.

”We’re not training our young farmers,” Mr Cribb said. ”We’re not training agricultural scientists. This is probably the most critical issue civilisation will face this century. [Food security] doesn’t just mean ‘do we have enough to eat?’, it means ‘are we secure in our region?”’

If global food production was to be increased, new methods of farming would need to be developed, and that required a greater investment in agricultural science research, Mr Cribb said.

The United Nations Food and Agriculture Organisation has estimated food requirements will double by 2050 as a result of population increases and a higher standard of living at a time of greater urbanisation, land and water degradation and rising energy prices.

Australian farms now produce enough to feed 60 million people, but productivity has plateaued over the past few years.

The NSW Natural Resources Commissioner, John Williams, said the federal government should consider placing a GST on food that reflects the cost of its production. It could then pay farmers stewardship fees to take care of the environment.