Now you’re just somebody that I used to know…..http://crisisactors.org/ 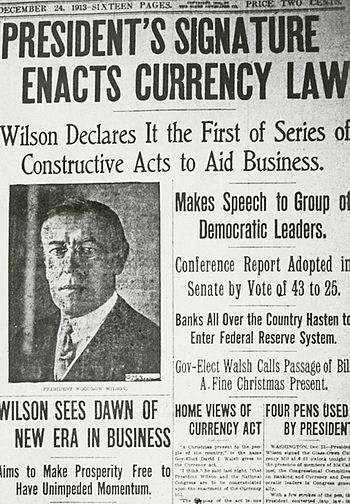 The Creature from Jekyll Island – The History of the Fed 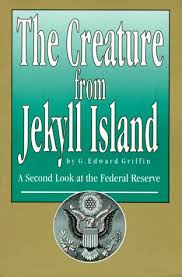 The first U.S. institution with central banking responsibilities was the First Bank of the United States, chartered by Congress and signed into law by President George Washington on February 25, 1791 at the urging of Alexander Hamilton. This was done despite strong opposition from Thomas Jefferson and James Madison, among numerous others. The charter was for twenty years and expired in 1811 under President Madison, because Congress refused to renew it.

In 1816, however, Madison revived it in the form of the Second Bank of the United States. Years later, early renewal of the bank’s charter became the primary issue in the reelection of President Andrew Jackson. After Jackson, who was opposed to the central bank, was reelected, he pulled the government’s funds out of the bank. Nicholas Biddle, President of the Second Bank of the United States, responded by contracting the money supply to pressure Jackson to renew the bank’s charter forcing the country into a recession, which the bank blamed on Jackson’s policies. Interestingly, Jackson is the only President to completely pay off the national debt. The bank’s charter was not renewed in 1836. From 1837 to 1862, in the Free Banking Era there was no formal central bank. From 1862 to 1913, a system of national banks was instituted by the 1863 National Banking Act. A series of bank panics, in 1873, 1893, and 1907, provided strong demand for the creation of a centralized banking system.

The main motivation for the third central banking system came from the Panic of 1907, which caused renewed demands for banking and currency reform. During the last quarter of the 19th century and the beginning of the 20th century the United States economy went through a series of financial panics. According to many economists, the previous national banking system had two main weaknesses: an inelastic currency and a lack of liquidity.In 1908, Congress enacted the Aldrich-Vreeland Act, which provided for an emergency currency and established the National Monetary Commission to study banking and currency reform. The National Monetary Commission returned with recommendations which later became the basis of the Federal Reserve Act, passed in 1913.

The head of the bipartisan National Monetary Commission was financial expert and Senate Republican leader Nelson Aldrich. Aldrich set up two commissions—one to study the American monetary system in depth and the other, headed by Aldrich himself, to study the European central banking systems and report on them.[27] Aldrich went to Europe opposed to centralized banking, but after viewing Germany’s monetary system he came away believing that a centralized bank was better than the government-issued bond system that he had previously supported.

In early November 1910, Aldrich met with five well known members of the New York banking community to devise a central banking bill. Paul Warburg, an attendee of the meeting and long time advocate of central banking in the U.S., later wrote that Aldrich was “bewildered at all that he had absorbed abroad and he was faced with the difficult task of writing a highly technical bill while being harassed by the daily grind of his parliamentary duties.” After ten days of deliberation, the bill, which would later be referred to as the “Aldrich Plan”, was agreed upon. It had several key components including: a central bank with a Washington-based headquarters and fifteen branches located throughout the U.S. in geographically strategic locations, and a uniform elastic currency based on gold and commercial paper. Aldrich believed a central banking system with no political involvement was best, but was convinced by Warburg that a plan with no public control was not politically feasible. The compromise involved representation of the public sector on the Board of Directors.

Aldrich’s bill was met with much opposition from politicians. Critics were suspicious of a central bank, and charged Aldrich of being biased due to his close ties to wealthy bankers such as J. P. Morgan and John D. Rockefeller, Jr., Aldrich’s son-in-law. Most Republicans favored the Aldrich Plan, but it lacked enough support in Congress to pass because rural and western states viewed it as favoring the “eastern establishment”. In contrast, progressive Democrats favored a reserve system owned and operated by the government; they believed that public ownership of the central bank would end Wall Street’s control of the American currency supply. Conservative Democrats fought for a privately owned, yet decentralized, reserve system, which would still be free of Wall Street’s control.

The original Aldrich Plan was dealt a fatal blow in 1912, when Democrats won the White House and Congress. Nonetheless, President Woodrow Wilson believed that the Aldrich plan would suffice with a few modifications. The plan became the basis for the Federal Reserve Act, which was proposed by Senator Robert Owen in May 1913. The primary difference between the two bills was the transfer of control of the Board of Directors (called the Federal Open Market Committee in the Federal Reserve Act) to the government. The bill passed Congress in late 1913 on a mostly partisan basis, with most Democrats voting “yea” and most Republicans voting “nay”.