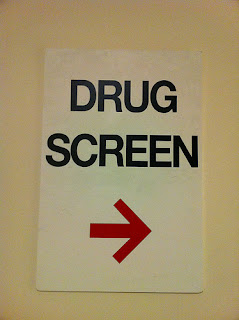 Under the law, which takes effect on July 1, the Florida Department of Children and Family Services will be required to conduct the drug tests on adults applying to the federal Temporary Assistance for Needy Families program. The aid recipients would be responsible for the cost of the screening, which they would recoup in their assistance if they qualify. Those who fail the required drug testing may designate another individual to receive the benefits on behalf of their children.

Shortly after the bill was signed, five Democrats from the state’s congressional delegation issued a joint statement attacking the legislation, one calling it “downright unconstitutional.”

“Governor Scott’s new drug testing law is not only an affront to families in need and detrimental to our nation’s ongoing economic recovery, it is downright unconstitutional,” said Rep. Alcee Hastings. “If Governor Scott wants to drug test recipients of TANF benefits, where does he draw the line? Are families receiving Medicaid, state emergency relief, or educational grants and loans next?”

“Indeed, investigating people when there is probable cause to suspect they are abusing drugs is one thing,” Brown said in the joint statement. “But these tests amount to strip searching our state’s most vulnerable residents merely because they rely on the government for financial support during these difficult economic times.”

Controversy over the measure was heightened by Scott’s past association with a company he co-founded that operates walk-in urgent care clinics in Florida and counts drug screening among the services it provides.

In April, Scott, who had transferred his ownership interest in Solantic Corp. to a trust in his wife’s name, said the company would not contract for state business, according to local media reports. He subsequently sold his majority stake in the company, local media reported.

On May 18, the Florida Ethics Commission ruled that two conflict-of-interest complaints against Scott were legally insufficient to warrant investigation, and adopted an opinion that no “prohibited conflict of interest” existed.

“The chemical substances found in ‘bath salts’ constitute a significant threat to health and public safety,” the governor’s office said in a statement. “Poison control centers in Florida have reported 61 calls of ‘bath salts’ abuse, making Florida the state with the second-highest volume of calls.”