Nestled in David Cameron’s Conservative heartland, this leading college, states that it is the largest provider of further education training in Oxfordshire. According to the web page of college Principal and Chief Executive Sally Dicketts “We pride ourselves on the fact that we have something for everyone, we are all members of a vibrant and diverse community,?and we are passionate about helping each individual to achieve their potential.”

Despite this welcoming accolade, former pupils and members of staff accuse Oxford & Cherwell Valley College management of collaborating in a calculated cover-up of a series of perverted and unpleasant activities in the college which started to manifest around 2007.

Allegations suggest that aside from sexual assaults on girls, students were encouraged to drink alcohol in classrooms and were shown pornographic material on college computers – in some cases on the private mobile phones of staff, including images involving children. Boys and girls also suffered bullying at the hands of staff, and those who attempted to warn senior managers of the horrendous activities, were reportedly warned off or pressurised to keep quiet. 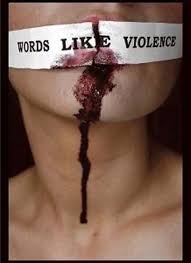 Repeated complaints by staff and students did eventually force an investigation, but those present at the college at the time claim that the investigation led by Mr Ray Tregear, was biased so as to protect the college and cover-up the abuses.

Informers also claim that although Thames Valley Police did make some enquiries into abuse and pornography allegations these were low key, incompetent and involved officers working outside normal codes of conduct. Most surprising is that police did not impound computers for detailed forensic examination.

In February 2010 the Oxford Mail newspaper revealed that a Lecturer from the college had been suspended from his employment following complaints that he was showing pornography to pupils. Sources stated that he was later dismissed. It is alleged that this was most likely under a so called voluntary compromise agreement and gagging order. It is also understood that the college has spent some £233,000 on similar compromise agreements since January 2010.

The UK Column has recently learned that OCVC suddenly replaced some 200 computers in July 2010 after the accusations of abuses refused to die down. A local Oxford IT supplier apparently decommissioned the old machines including wiping hard drives.