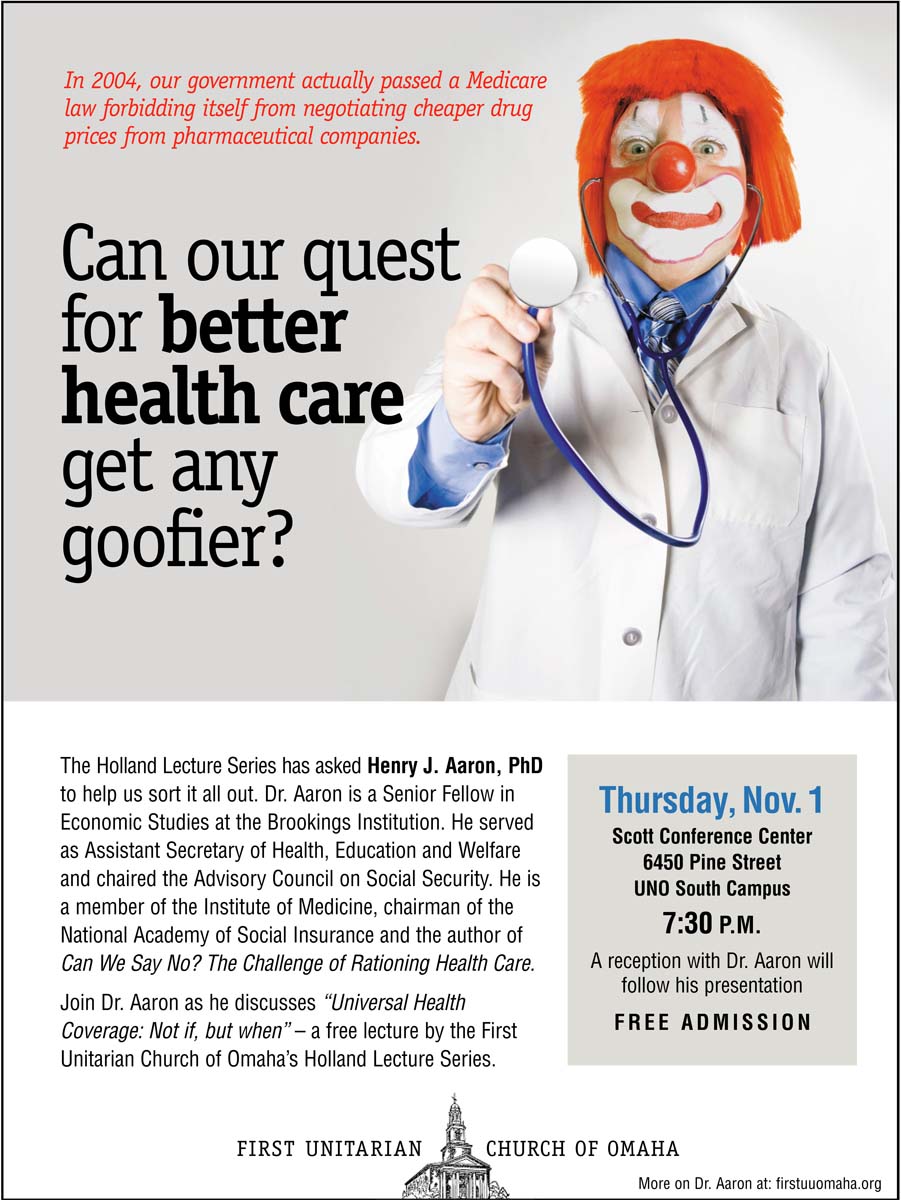 Berwick, to whom Obama issued a dubious recess appointment to circumvent the usual Senate confirmation, has become notorious for statements like, “The decision is not whether or not we will ration care — the decision is whether we will ration with our eyes open” — and, in progressive-speak, “The social budget is limited.”

Aaron, a recent Obama nominee, has expressed similar views. He wrote a piece earlier this year called, “The Independent Payment Advisory Board — Congress’s ‘Good Deed.’” The grisly IPAB, one of the most underreported of Obamacare’s myriad of liberty-sapping features, would have the power to cut Medicare spending each year — if Obamacare isn’t repealed first. The dictates of its 15 unelected members would effectively become law. In fact, Congress couldn’t even overturn the IPAB’s decrees with a majority vote in each house and the President’s signature.

Obama has since doubled-down on the IPAB, seeking to grant it even more power to cut Medicare spending than Obamacare would grant it. To be clear, this is in addition to the nearly $1 trillion that the Congressional Budget Office says would be siphoned out of Medicare and spent on Obamacare during the overhaul’s real first decade (2014 to 2023).

Aaron praises the IPAB, although he does admit to having a few problems with it. He thinks that its largely unchecked power isn’t unchecked enough, as the board should be able to order payment reductions for other aspects of medical care that have so far escaped its statutory grant of power. He writes,

“I admit that the provisions governing the IPAB are less than optimal. For example, recommendations regarding payments to acute and long-term care hospitals, hospices and inpatient rehabilitation and psychiatric facilities are off-limits until 2020; and those to clinical laboratories are off-limits until 2016. These politically motivated restrictions should be repealed as early as possible so the IPAB’s recommendations can comprehend the delivery system as a whole.”

Aaron says that “the survival and strengthening of the IPAB is of critical importance.” In a sense, this is unsurprising, given his earlier views, which were captured in a Washington Post story published during the Reagan administration (when Aaron was in his late 40s). The Post article reads,

“If Americans are serious about curbing medical costs, they’ll have to face up to a much tougher issue than merely cutting waste, says Brookings Institution economist Henry J. Aaron.

“They’ll have to do what the British have done: ration some types of costly medical care — which means turning away patients from proven treatments.

“Cutting billions worth of ‘pure waste’ — in needless hospitalization, surplus beds, Cadillac-model machinery and superfluous tests — would only temporarily slow the growth in health spending, which now tops 10 percent a year, Aaron told a symposium sponsored by the American Academy of Physician Assistants last week in Reston.

“Eventually the ‘cornucopia of technology’ and America’s aging population will combine to drive up health costs by 6 or 7 percent a year anyway unless something else is done, he said.

“That ‘something else’ is what Aaron calls the ‘second stage’ of cost control. It’s a much more complex step, requiring choices that no one — doctor, patient or politician — likes to make.

“Aaron and Dr. William B. Schwartz, professor of medicine at Tufts University School of Medicine, recently completed a study of how these choices are made in Britain, a country which spends half as much per person as the United States on health care.

“Some medical services widely available in the United States are strictly rationed in Britain, Aaron and Schwartz report in their book, ‘The Painful Prescription.’ For example, British doctors order half as many X-rays per capita as their American counterparts, and use half as much film per X-ray. They do one-tenth as much coronary artery bypass surgery. British hospitals have one-sixth as many CAT scanners and less than one-fifth as many intensive care unit (ICU) beds….

“Half the patients with chronic kidney failure in Britain are left untreated — and die as a result….

“The key to the British system, they contend, lies not in regulation but in a different attitude toward medicine, mortality and the scarcity of resources.

“Unlike their American counterparts, who tend to believe in saving lives at all cost, British doctors define ‘what is best’ in terms of ‘what is available,’ Aaron said.

“As the director of a tiny 10-bed ICU in an 800-bed London hospital put it: ‘Yes, this would be too small in America. But if you took this unit and set it down in Sri Lanka or India, it would stick out like a sore thumb. It would be an obscene waste of money.’

“The burden of enforcing medical rationing in Britain falls mainly on doctors, who act as ‘gatekeepers’ in the system. They know funds for kidney dialysis are limited, so they simply don’t refer older patients for the life-saving treatment.

“Asked how he could turn away over-55 kidney patients from life-saving dialysis, one doctor told Aaron and Schwartz: ‘What you don’t seem to understand is that everybody over the age of 55 is a bit crumbly.’…

“It will be ‘a lot harder to move into this second stage of rationing in the U.S.,’ Aaron warned.