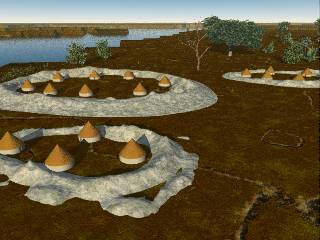 Mark Zuckerberg’s new challenge: Eating only what he kills (and yes, we do mean literally…)

Last year Mark Zuckerberg set out to learn Chinese. Now he’s determined to get in touch with his food. If the goats, lobsters and chickens of Silicon Valley aren’t trembling, they should be.

The eyes of a hunter.

When he’s not too busy connecting people across the universe, Mark Zuckerberg is pursuing a new “personal challenge,” as he calls it. “The only meat I’m eating is from animals I’ve killed myself,” says the Facebook founder and CEO.

It’s an odd dietary direction for the 27-year-old Internet billionaire, but since he has taken to killing goats, pigs and chickens, “I’m eating a lot healthier foods. And I’ve learned a lot about sustainable farming and raising of animals,” he says. “It’s easy to take the food we eat for granted when we can eat good things every day.”

Zuckerberg’s new goal came to light, not surprisingly, on Facebook. On May 4, Zuckerberg posted a note to the 847 friends on his private page: “I just killed a pig and a goat.”

This drew a stream of emotional comments, which were a mixture of confusion, curiosity, and outright disgust. Zuckerberg posted his own comment in response, explaining that he fixates on a personal challenge each year (in 2009, he wore a tie every day), and this year’s is about animals and meat.

Zuckerberg’s guide on this strange journey has been a well-known Silicon Valley chef named Jesse Cool. She lives in Palo Alto, eight houses away from Zuckerberg, and owns a local restaurant called Flea Street Café. Cool has introduced Zuckerberg to nearby farmers and advised him as he killed his first chicken, pig, and goat. “He cut the throat of the goat with a knife, which is the most kind way to do it,” says Cool.

Killing is just the kickoff. After that, the dead creatures go to a butcher in Santa Cruz, who cuts them into parts. Zuckerberg and his longtime girlfriend, Priscilla, have been cooking what he slaughters, eating what many people would not dare consume. He recently ate a chicken, including the heart and liver, and used the feet to make stock. He posted a photo of the bird on his Facebook page, along with a list of the dishes he made from it.

Only Zuckerberg can explain what this is really about. Now in Europe for Facebook meetings, he sent Fortune an email detailing his thoughts:

To start, let me give you some background on what I’m doing. Every year in recent memory, I’ve taken on a personal challenge — something to learn about the world, expand my interests and teach myself greater discipline. I spend almost all of my time building Facebook, so these personal challenges are all things I wouldn’t normally have the chance to do if I didn’t take the time.

Last year, for example, my personal challenge was to learn Chinese. I blocked out an hour every day to study and it has been an amazing experience so far. I’ve always found learning new languages challenging, so I wanted to jump in and try to learn a hard one. It has been a very humbling experience. With language, there’s no way to just “figure it out” like you can with other problems — you just need to practice and practice. The experience of learning Mandarin has also led me to travel to China, learn about its culture and history, and meet a lot of new interesting people.

This year, my personal challenge is around being thankful for the food I have to eat. I think many people forget that a living being has to die for you to eat meat, so my goal revolves around not letting myself forget that and being thankful for what I have. This year I’ve basically become a vegetarian since the only meat I’m eating is from animals I’ve killed myself. So far, this has been a good experience. I’m eating a lot healthier foods and I’ve learned a lot about sustainable farming and raising of animals.

I started thinking about this last year when I had a pig roast at my house. A bunch of people told me that even though they loved eating pork, they really didn’t want to think about the fact that the pig used to be alive. That just seemed irresponsible to me. I don’t have an issue with anything people choose to eat, but I do think they should take responsibility and be thankful for what they eat rather than trying to ignore where it came from.

While Zuckerberg’s new diet hasn’t exactly gone viral in the way that, say, Facebook has, he says he’s seen some people warming to it: “I was surprised by how many of my friends have interests in some of the areas I’m exploring in such diverse ways. Many are vegetarian, some enjoy hunting and some even farm. My girlfriend is my main partner in this, though, since we eat the most meals together.”

Zuckerberg’s learning curve has been evolutionary: moving from sea creatures to land animals. His first kill was a lobster, which he boiled alive. He says it was a difficult kill, at least emotionally. He had an entirely new feeling once he took a bite: “The most interesting thing was how special it felt to eat it after having not eaten any seafood or meat in a while.”

After the lobster, the next animal to fall at his hands was a chicken. What’s next on this journey? He’s told people that he’s interested in going hunting.

Zuckerberg says the new kill-what-you-eat diet hasn’t changed his frequent restaurant goings; he just limits himself to places where he can eat vegetarian. There has, however, been one unintended side effect: he notices that when he invites friends over to his house, they’re loathe to eat too much of what he’s making. He attributes that to them wondering if there’s enough to go around. “I guess they feel like I don’t have too much meat, so I should eat it myself,” he says. “I prefer sharing though.” Spoken like a true social media baron.