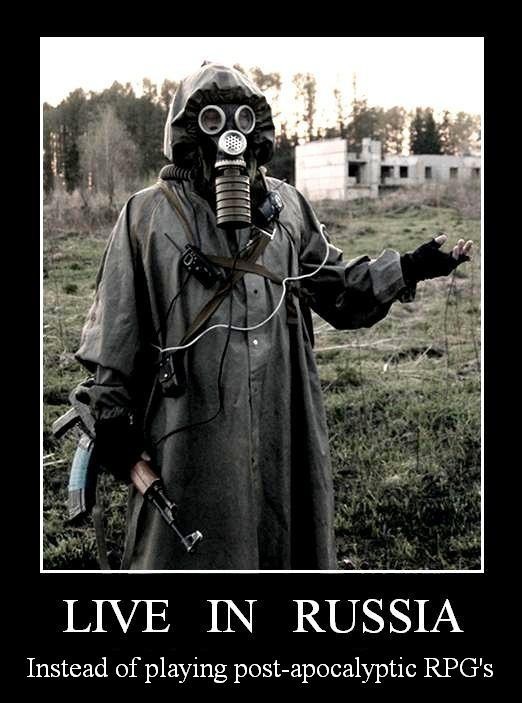 1) Radioactive contamination from the Chernobyl meltdown spread over 40% of Europe.

3) Most of the Chernobyl radionuclides (up to 57%) fell outside the former USSR and caused noticeable radioactive contamination over a large area of the world ­ practically the entire Northern hemisphere.

4) Levels of radioactive contamination in the first days and weeks after the catastrophe were thousands of times higher than those recorded 2 or 3 years later.

5) When the reactor exploded, it expelled not only gases and aerosols but also particles of U fuel melted together with other radionuclides ­ firm hot particles. When absorbed into the body (with water, food or inhaled air), such particles generate high doses of radiation even if an individual is in an area of low contamination.

6) Lastly, the impact of the 2400 tons (some authors estimate 6720 tons) of lead dumped from helicopters onto the reactor to quench the fire has not been adequately evaluated. A significant part of this lead was spewed out into the atmosphere as a result of its fusion, boiling and sublimation in the burning reactor.

9) The biological age of inhabitants from the radioactive contaminated territories of Ukraine exceed their calendar ages by 7 to 9 years (Mezhzherin, 1996)

10) Adverse effects as a result of Chernobyl irradiation have been found in every group that has been studied. Brain damage has been found in individuals directly exposed…Premature cataracts; tooth and mouth abnormalities; and blood, lymphatic, heart, lung gastrointestinal, urologic, bone, and skin diseases afflict and impair people, young and old alike. Endocrine dysfunction, particularly thyroid disease, is far more common than might be expected, with some 1,000 cases of thyroid dysfunction for every case of thyroid cancer, a marked increase after the catastrophe. There are genetic damage and birth defects especially in children of liquidators and in children born in area with high levels of radioisotope contamination.

12) The incidence of diseases of the blood and blood forming organs was 3.8 fold higher among evacuees 9 years after the catastrophe.

13) Diseases of the blood and circulatory system for people living in the contaminated territories (Ukraine) increased 11 to 15 fold for the first 12 years after the catastrophe (1988-1999) Prysyazhnyuk et al 2002).

14) Incidence of hemorrhages in newborns in the contaminated Chechersky District of Gomel Province (Belarus) is more than double than before the catastrophe (Kulakov et al, 1997).

16) Changes in genetic structures in both reproductive and somatic cells determine and define the occurrence of many diseases. Ionizing radiation causes damage to hereditary structures. The huge collective dose from the Chernobyl catastrophe (127-150 million persons/rad) has resulted in damage that will span several generations, causing changes in genetic structures and various types of mutations: genomic mutations (change in the number of chromosomes), chromosomal mutations (damage to the structure of chromosomes – translocations, deletions, insertions and inversions), and small (point) mutations.

18) In 1987 in Austria, among 17 adults examined there was a 4-6 fold increase in the number of chromosomal aberrations.

19) There was a doubling of Down syndrome in Lothian, Scotland one of the territories contaminated by Chernobyl (Ramsey et al, 1991).

20) In Norway, cataracts in newborns occurred twice as often
1 year after the catastrophe (Irgens et al, 1991).

21) Incidence of neural tube defects in Turkey increased between 2- and 5-fold after the catastrophe (Hoffman, 2001; Schmitz-Feuerhake, 2006).

22) The most recent forecast by international agencies predicted there would be between 9000 and 28,000 fatal cancers between 1986 and 2056, obviously underestimating the risk factors and the collective doses. On the basis of I-131 and Cs 137 radioisotope doses to which populations were exposed and a comparison of cancer mortality in the heavily and less contaminated territories and pre- and post-Chernobyl cancer levels, a more realistic figure is 212,000 to 245,000 in Europe and 19,000 in the rest of the world.

24) After 20 years the incidence of thyroid cancer among individuals under 18 years of age at the time of the catastrophe increased more than 200-fold (National Belarussian Report, 2006).

28) Changes in the sex ratio and the stillbirth odds ratio for gender were significant for Denmark, Germany, Hungary, Norway, Poland, Latvia and Sweden (Scherb and Wiegelt, 2000).

29) Great Britain. Ten months after the catastrophe, a significant increase in perinatal mortality was found in the two most contaminated areas of the country (Bentham, 1991).

30) Sweden. Infant mortality increased immediately after the catastrophe and increased significantly in 1989-1992 (Korblein, 2008).

First Japan suffered an earthquake, then a tsunami, then nuclear meltdowns and radiation.

Experts advised the Japanese people not to panic.
Experts advised people that the food was safe to eat, and that radiation had not entered their food supply.

This past week, the world learned that Japanese food and water were tainted with radioactive iodine.

Food is now routinely tested in Japan. The first food to show signs of radiation was cow’s milk. This makes sense, as cows are eating 50-80 pounds of feed each and every day. Radiation is concentrated in their bodies like sponges soaking up water. In a cow, the water is filtered and excreted and the concentrated toxins are consumed by milk drinkers. Twenty-one pounds of milk are required to produce one pound of butter.
Eating butter further concentrates toxins; in this case, radioactivity.

Armed with the knowledge that milk is the perfect barometer to test for the presence of radiation, it would make sense to test for levels of radiation in America’s milk as plumes from Japan are carried by the jet stream over California, Kansas, and then onto New York.

Here is where today’s stupid human trick kicks in.

It would make perfect sense to test milk from California Happy Cows, just in case…Sadly, this is news that the United States Department of Agriculture just does not want to know.

As of March 22, 2011, California milk is not being tested for radiation on a daily basis. As a matter of policy, California’s Department of Public Health routinely tests California milk for radiation once every month. One would assume (love that word) that with jet steams being what they are, and with Japan’s tragedy having the potential to radiate to Americans, it would be a logical human conclusion to want to test milk.

The spokesperson for California’s Department of Public Health, Mike Sicilia, had this stupid human trick comment:

“This is typical routine testing and has been done for many years.”