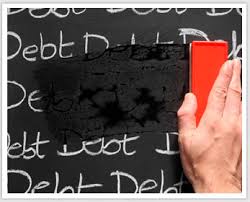 While the job market remains sluggish, student loan debt continues to rise, fueling fears that a higher-education spending bubble may be underway.

Outstanding student debt has climbed 25 percent since the start of the financial crisis in 2008, according to the Federal Reserve Bank of New York — an increase from $440 billion then to $550 billion now. By contrast, every other major category of consumer debt, including mortgage debt, credit card debt, auto loans and home equity loans, is lower today than it was in the fall of 2008.

Not only has student debt risen precipitously, but more and more of those loans aren’t getting paid off on time. In the second quarter of 2011, the rate of student loans that were more than 90 days past due rose from 10.6 percent to 11.2 percent, according to the New York Fed.

Looking at other major types of debt — again, including home loans, auto loans and mortgage and credit card debt — those delinquency rates either declined or stayed flat for the quarter. But delinquency rates for student loans rose and continue to rise.

Experts have warned for years that a bubble may be developing in higher education, as students take out loans to pay for tuition and then find themselves hamstrung by debt and unable to find a job once out of school.

The problems of student-loan delinquency and default are only expected to get worse. Salaries and employment rates for recent college graduates have dropped: The median starting salary for a member of the class of 2009 or 2010 is only $27,000, down from $30,000 a couple of years ago. A recent report from Moody’s Analytics predicted that over the next few years, “many students will be unable to service their loans as income growth falls short of borrowers’ expectations.” And the debt-ceiling deal that lawmakers reached in Washington earlier this month contains additional provisions that will make life harder for students taking out loans. One section of the deal changes the way interest is collected on a certain kind of federal loan for graduate students, meaning that those borrowers will start accruing interest on their loans before they’ve finished school.

The Moody’s report found that student lending grew by at least 10 percent each year between 2000 and 2010, including during the financial crisis and the Great Recession.

Over the past several decades the expense in the cost of education has grown dramatically along with an upsurge in attendance. Some have referred to this as the College Conspiracy

“Fears of a bubble in educational spending are not without merit,” the report warned.

Last month, the Chronicle of Higher Education reported that one out of every five government student loans that entered repayment in 1995 has since gone into default.

In other words, while unemployment for high school graduates slightly exceeds the national rate of 9.1 percent, the jobless rate for college graduates is less than half that.