Will World War III be between the U.S. and China?

China’s vast military machine grows by the day. America’s sending troops to Australia in response. As tension between the two superpowers escalates, Max Hastings warns of a terrifying threat to world peace.

On the evening of November 1, 1950, 22-year-old Private Carl Simon of the U.S. 8th Cavalry lay shivering with his comrades in the icy mountains of North Korea.

A patrol had just reported itself ‘under attack from unidentified troops’, which bemused and dismayed the Americans, because their campaign to occupy North Korea seemed all but complete.

Suddenly, through the darkness came sounds of bugle calls, gunfire, shouts in a language that the 8th Cavalry’s Korean interpreters could not understand. A few minutes later, waves of attackers charged into the American positions, screaming, firing and throwing grenades.

‘There was just mass hysteria,’ Simon told me long afterwards. ‘It was every man for himself. I didn’t know which way to go. In the end, I just ran with the crowd. We ran and ran until the bugles grew fainter.’

This was the moment, of course, when the armies of Mao Tse-tung stunned the world by intervening in the Korean War. It had begun in June, when Communist North Korean forces invaded the South.

U.S. and British forces repelled the communists, fighting in the name of the United Nations, then pushed deep into North Korea. Seeing their ally on the brink of defeat, the Chinese determined to take a hand.

In barren mountains just a few miles south of their own border, in the winter of 1950 their troops achieved a stunning surprise. The Chinese drove the American interlopers hundreds of miles south before they themselves were pushed back. Eventually a front was stabilised and the situation sank into stalemate.

Three years later, the United States was thankful to get out of its unwanted war with China by accepting a compromise peace, along the armistice line which still divides the two Koreas today.

For most of the succeeding 58 years the U.S., even while suffering defeat in Vietnam, has sustained strategic dominance of the Indo-Pacific region, home to half the world’s population.

Yet suddenly, everything is changing. China’s new economic power is being matched by a military build-up which deeply alarms its Asian neighbours, and Washington. The spectre of armed conflict between the superpowers, unknown since the Korean War ended in 1953, looms once more.

American strategy guru Paul Stares says: ‘If past experience is any guide, the United States and China will find themselves embroiled in a serious crisis at some point in the future.’

The Chinese navy is growing fast, acquiring aircraft-carriers and sophisticated missile systems. Beijing makes no secret of its determination to rule the oil-rich South China Sea, heedless of the claims of others such as Vietnam and the Philippines.

The Chinese foreign minister recently gave a speech in which he reminded the nations of South-East Asia that they are small, while China is very big.

Michael Auslin of the American Enterprise Institute described these remarks as the diplomatic equivalent of the town bully saying to the neighbours: ‘We really hope nothing happens to your nice new car.’

This year, China has refused stormbound U.S. Navy vessels admission to its ports, and in January chose the occasion of a visit from the U.S. defence secretary to show off its new, sophisticated J-20 stealth combat aircraft.

Michael Auslin, like many other Americans, is infuriated by the brutishness with which the dragon is now flexing its military muscles: ‘We have a China that is undermining the global system that allowed it to get rich and powerful, a China that now feels a sense of grievance every time it is called to account for its disruptive behaviour.’

Washington was angered by Beijing’s careless response to North Korea’s unprovoked sinking of the South Korean warship Cheonan a year ago, followed by its shelling of Yeonpyeong island, a South Korean archipelago.

When the U.S. Navy deployed warships in the Yellow Sea in a show of support for the South Korean government, Beijing denounced America, blandly denying North Korea’s guilt. The Chinese claimed that they were merely displaying even-handedness and restraint, but an exasperated President Obama said: ‘There’s a difference between restraint and wilful blindness to consistent problems.’

Washington is increasingly sensitive to the fact that its bases in the western Pacific have become vulnerable to Chinese missiles. This is one reason why last week the U.S. made a historic agreement with Australia to station up to 2,500 U.S. Marines in the north of the country.

Beijing denounced the deal, saying it was not ‘appropriate to intensify and expand military alliances and may not be in the interests of countries within this region’.

Even within Australia, the agreement for the U.S. base has provoked controversy.

Hugh White of the Australian National University calls it ‘a potentially risky move’. He argues that, in the new world, America should gracefully back down from its claims to exercise Indo-Pacific hegemony, ‘relinquish primacy in the region and share power with China and others’.

But Richard Haas, chairman of the U.S. Council on Foreign Relations, says: ‘U.S. policy must create a climate in which a rising China is never tempted to use its growing power coercively within or outside the region.’

To put the matter more bluntly, leading Americans fear that once the current big expansion of Chinese armed forces reaches maturity, within a decade or so, Beijing will have no bourgeois scruples about using force to get its way in the world — unless America and its allies are militarily strong enough to deter them.

Meanwhile, in Beijing’s corridors of power there is a fissure between the political and financial leadership, and the generals and admirals.

On the one hand, Chinese economic bosses are appalled by the current turmoil in the West’s financial system, which threatens the buying power of their biggest customers.

On the other, Chinese military chiefs gloat without embarrassment at the spectacle of weakened Western nations.

As America announces its intention to cut back defence spending, the Chinese armed forces see historic opportunities beckon. Ever since Mao Tse-tung gained control of his country in 1949, China has been striving to escape from what it sees as American containment.

The issue of Taiwan is a permanent open sore: the U.S. is absolutely committed to protecting its independence and freedom. Taiwan broke away from mainland China in 1949, when the rump of the defeated Nationalists under their leader Chiang Kai-shek fled to the island, and established their own government under an American security blanket.

China has never wavered in its view that the island was ‘stolen’ by the capitalists, and is determined to get it back.

When I last visited China, I was struck by how strongly ordinary Chinese feel about Taiwan. They argue that the West’s refusal to acknowledge their sovereignty reflects a wider lack of recognition of their country’s new status in the world.

A young Beijinger named David Zhang says: ‘The most important thing for Americans to do is to stop being arrogant and talk with their counterparts in China on a basis of mutual respect.’ That is how many of his contemporaries feel, as citizens of the proud, assertive new China.

But how is the West supposed to do business with an Asian giant that is not merely utterly heedless of its own citizens’ human rights, but also supports some of the vilest regimes in the world, for its own commercial purposes?

Burma’s tyrannical military rulers would have been toppled years ago, but for the backing of the Chinese, who have huge investments there.

A million Chinese in Africa promote their country’s massive commercial offensive, designed to secure an armlock on the continent’s natural resources. To that end, following its declared policy of ‘non-interference’, China backs bloody tyrannies, foremost among them that of Robert Mugabe in Zimbabwe.

China, like Russia, refuses to endorse more stringent sanctions against Iran, in response to its nuclear weapons-building programme, because Beijing wants Iranian oil. Indeed, Chinese foreign policy is bleakly consistent: it dismisses pleas from the world’s democracies that, as a new global force, it should play a part in sustaining world order.

If Chinese leaders — or indeed citizens — were speaking frankly, they would reply to their country’s critics: ‘The West has exploited the world order for centuries to suit itself. Now it is our turn to exploit it to suit ourselves.’

A friend of ours has recently been working closely with Chinese leaders in Hong Kong. I said to his wife that I could not withhold a touch of sympathy for a rising nation which, in the past, was mercilessly bullied by the West.

She responded: ‘Maybe, but when they are on top I don’t think they will be very kind.’ I fear that she is right. It seems hard to overstate the ruthlessness with which China is pursuing its purposes at home and abroad.

The country imprisons Nobel prizewinners such as the political activist and writer Liu Xiaobo, steals intellectual property and technological know-how from every nation with which it does business and strives to deny its people access to information through internet censorship.

The people of Tibet suffer relentless persecution from their Chinese occupiers, while Western leaders who meet the Dalai Lama are snubbed in consequence.

Other Asian nations are appalled by China’s campaign to dominate the Western Pacific. Japan’s fears of Chinese-North Korean behaviour are becoming so acute that the country might even abandon decades of eschewing nuclear weapons, to create a deterrent.

A few months ago, the Chinese party-controlled newspaper Global Times carried a harshly bellicose editorial, warning other nations not to frustrate Beijing’s ambitions in the South China Sea — Vietnam, for example, is building schools and roads to assert its sovereignty on a series of disputed islands also claimed by China.

The Beijing newspaper wrote: ‘If Vietnam continues to provoke China, China will .?.?. if necessary strike back with naval forces. If Vietnam wants to start a war, China has the confidence to destroy invading Vietnam battleships.’

This sort of violent language was familiar in the era of Mao Tse-tung, but jars painfully on Western susceptibilities in the 21st century. China’s official press has urged the government to boycott American companies that sell arms to Taiwan. 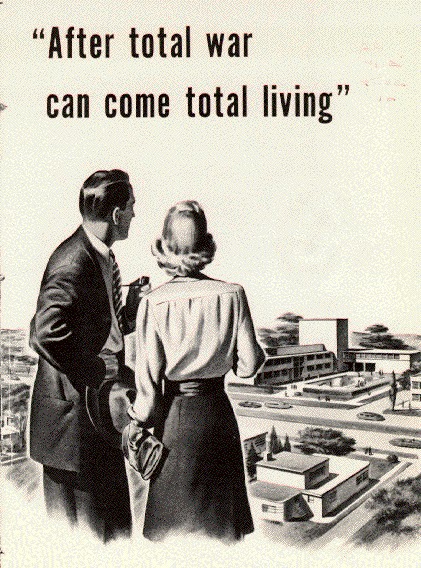 The Global Times, again, demands retaliation against the United States: ‘Let the Chinese people have the last word.’

But the next time China and the United States find themselves in confrontation, a cyber-conflict seems highly likely. The potential impact of such action is devastating, in an era when computers control almost everything.

It would be extravagant to suggest that the United States and China are about to pick up a shooting war where they left off in November 1950, when Private Carl Simon suffered the shock of his young life on a North Korean hillside.

But we should be in no doubt, that China and the United States are squaring off for a historic Indo-Pacific confrontation.

Even if, for obvious economic reasons, China does not want outright war, few military men of any nationality doubt that the Pacific region is now the most plausible place in the world for a great power clash.

Michael Auslin of the American Enterprise Institute declares resoundingly: ‘America’s economic health and global leadership in the next generation depend on maintaining our role in the world’s most dynamic region.’

But the Chinese fiercely dissent from this view. It is hard to exaggerate the threat which this clash of wills poses for peace in Asia, and for us all, in the coming decades.