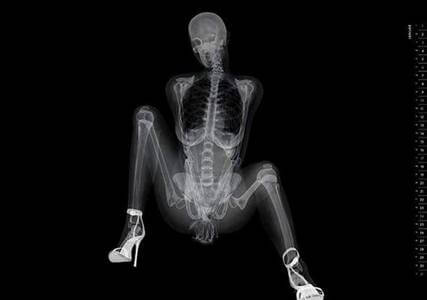 Two more ridiculous examples of the nanny state kicking into high gear add to the overwhelming weight of evidence indicating that America is in a state of terminal decline, with an overtly authoritarian big government enforcing a command and control system at every level of society.

Government environmental permits will now be required in San Diego for any kind of fireworks display, meaning state permission will be required for fireworks at birthday parties or any other outdoor event. Small-scale gatherings would now require an “environmental assessment” before they can take place.

“According to the strictest interpretation of this, jumpy-jumps and everything else would be subject to environmental review if this ruling stands,” said lawyer Robert Howard, who represented the La Jolla Community Fireworks Foundation in the case. “It’s a breathtaking ruling.”

Meanwhile in Charlotte, North Carolina, the Albemarle Road Presbyterian Church was fined $4,000 dollars by the city government for “improperly pruning its trees.”

“I just couldn’t believe it when I heard about it,” church member Eddie Sales said. “We trim our trees back every three years all over our property, and this is the first time we have been fined.”

“The purpose of the tree ordinance is to protect trees,” Charlotte Land Development Division’s Tom Johnson said. “Charlotte has always been known as the city of trees. When we take down trees, we need to replace these trees,” adding that people whose trees are opposite a public street or on commercial land need to apply to the government for permission to landscape their own property.

The only way the church can avoid the fine is to replace all of the trees, a bizarre demand that illustrates how the farce is about nothing else other than the government deliberately abusing its power to make an example out of the church and intimidate others into blind subservience and acceptance of any ordinance no matter how bizarre.

As we have documented, a shocking acceleration of the nanny state in recent months confirms that the government has launched a total takeover of society under the pretext of keeping everyone safe, when in reality the move is a calculated coup d’état against individuality and is designed to oppress and enslave the American people.

A brief recap of recent developments confirms America’s slide into an authoritarian command and control society, where big government steps in to regulate every aspect of people’s lives.

– A school in Chicago has banned parents from giving their children packed lunches, forcing kids to eat in the cafeteria in order to “protect students from the potential for unhealthy homemade lunches”. 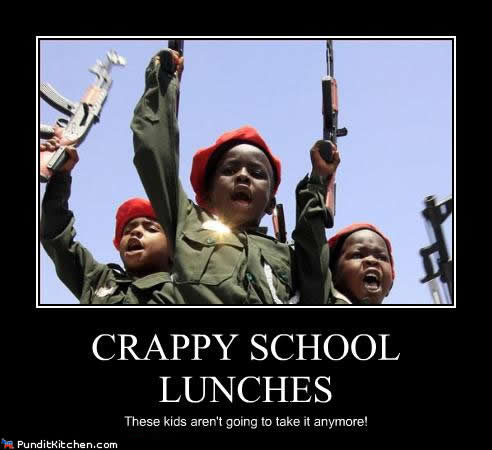 – Parents who attempt to take their kids out of their predatory public school system by home schooling are being spied on by authorities. A Mississippi state judge recently ordered that state officials gather the names of every single child is being home schooled in the state in order that they be kept on a list.

– Mayor Bloomberg is forcing food manufacturers in New York to reduce the amount of salt content in food under the National Salt Reduction Initiative, while at the same time spending $25 million on a program to fluoridate the water supply with a toxic waste, sodium fluoride, that contributes to lowering IQ and has been linked to cancers as well as disorders affecting teeth, bones, the brain and the thyroid gland. Food additives like aspartame and MSG, which are a far deadlier health threat than salt, are not being targeted by the government.

– Indeed, New York is the model for the rest of the country. The Department of Health has slapped strict regulations on anything deemed “risky recreational activities” conducted by programs or organizations. Wiffle ball, dodge ball, kick ball, freeze tag, red rover, frisbee tossing and tug of war have all been placed under the new rules. If an organization offers two or more recreational activities, with just one being on the “risky” list, it is deemed to be a summer camp and comes under state regulation which entails fees and the necessity to provide medical staff. “Classics like Capture the Flag, Steal the Bacon and Red Rover are also deemed dangerous in new state regulations for day camps,” reports the New York Daily News. This is all part of the process of the state replacing the parents as guardians of the children and it is designed to ensure that kids become nothing more than drug-addled, dependent slobs with no energy and no life experience, perfectly molding them to grow up as obedient, video-game playing, Clockwork Orange-style droogs.

– If your kids manage to tear themselves away from the video games in an effort to try and become young entrepreneurs by setting up a cookie stall on their own front lawn, the government won’t waste any time in slapping a ban on such activity, as happened recently in the city of Hazelwood, where two young girl scouts were told they were violating a city ordinance that prohibited “the sale of commodities” from a home. The girls were reported to the authorities by one of their own neighbors.

– The government is also busy protecting us from Thomas Edison’s iconic invention, the incandescent light bulb, by banning the traditional bulb and forcing Americans to buy mercury-filled CFL bulbs that should be “kept as far away as possible from the human environment,” according to a new scientific study because they contain cancer-causing carcinogens.

– In their infinite wisdom, health authorities are pushing for Americans to be mass medicated against their will by putting statin drugs in the water supply, despite the fact that scientific studies have linked them to liver dysfunction, acute kidney failure, cataracts, muscle damage, depression, mood swings and memory loss.

– If any of the zombies break their conditioning and dare complain about their treatment, they are treated as criminals or terrorists. If you don’t like TSA agents putting their hands down your child’s pants or simply have an attitude deemed negative by a TSA “behavioral detection” officer, you will be subject to special harassment.

These examples barely scratch the surface of the nanny state offensive that has been launched as part of the establishment’s social engineering program. 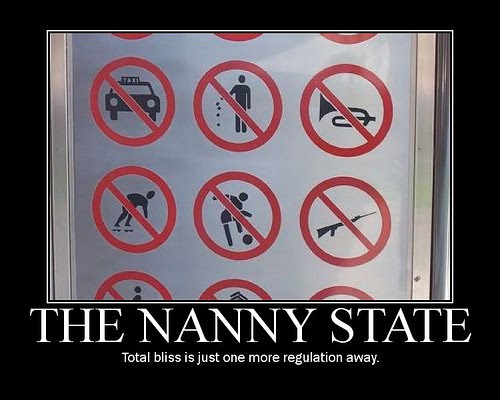 The state is deliberately being extreme in its smothering takeover of society so as to shock and awe Americans into obeying without question. The move is akin to how a stallion horse is castrated and gelded in order to alter their behavior by making them docile.

These developments represent a total power grab on behalf of the federal government as it bids to become the supreme authority over Americans from cradle to grave. This is about a complete transformation and re-engineering of society.

It is imperative that Americans re-assert their individuality and the right to make their own choices and live their lives as they wish by resisting every encroachment the state makes as it tramples personal freedom.

Paul Joseph Watson is the editor and writer for Prison Planet.com. He is the author of Order Out Of Chaos. Watson is also a regular fill-in host for The Alex Jones Show.