Over 30,000 Rape-Axe condoms are being handed out free at South Africa’s World Cup. While they won’t stop rape, the condoms (worn by women) have jagged-teeth inside to tear penises up, and can only be removed by doctors.

Sounds grim, but then I imagine rape isn’t any fun for the woman either. The inventor, Dr Sonnet Ehlers, was inspired to create the painful condom after she met a woman who’d been raped. The woman apparently told Ehlers “if only I had teeth down there,” which encouraged her to look at ways to make men regret their actions. 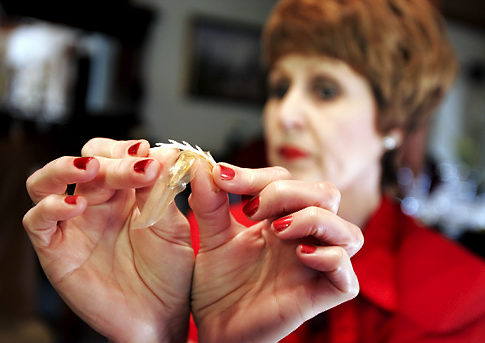 Women fearful of being raped can insert the Rape-Axe condom inside themselves like a diaphragm or tampon. If her worst fears come true, and a man attempts to rape her, the Rape-Axe’s inside hooks attach themselves to the penis and don’t come off, instead getting even tighter and stopping the man from being able to urinate. The only way to remove it is by seeing a doctor—which will obviously help with prosecution.

After the World Cup, Ehlers will be selling the Rape-Axe condoms for $2 each.