The Bug-A-Salt, “The original salt gun,” is not an ordinary means to deal with pest insects and other irritating invertebrates. It combines the comfort of a bug-free environment with the satisfaction of shooting. Loaded with table salt, the Bug-A-Salt is an easy and safe way to off bugs.

It’s a simple spring-loaded salt shooter with an effective range of 3-5 feet. This kills or at least stuns pests without splatter for easy cleaning. The internal salt reservoir holds enough for about 50 shots.

Being a ranged bug killer, the Bug-A-Salt makes taking care of pests that would normally be out of reach much easier. And the fact that it uses salt as a projectile make it much safer and cleaner than insecticides and other bug-control measures.

The Bug-A-Salt’s current list price is $30, and you can pre-order one on Indiegogo, a capital-building project-launching website similar to Kickstarter, of the Andromeda Tactical Lamp fame. Invented by Santa Monica artist Lorenzo Maggiore, the Indiegogo project has already met it’s minimum goal of $15,000 and exceeded it greatly, having raised well over $70,000 for these salt-spraying machines.

There are still many days left for you to pre-order a Bug-A-Salt if you want one. It’s non-toxic, uses no batteries, is safe around kids and pets (although not on kids and pets) and cheap to operate.

Plus, it has a nostalgia about it that we can’t quite put our finger on. We half expect to see ads for this on extremely late-night television, before they shut off the transmitters, back when transmitters got shut off at night. At least the color scheme is right, focusing on the orangest of oranges, the yellowest of yellows, and the most tactical of greys to fit in with many decades of strange plastic toys.

Of course, this is not a toy. Don’t shoot it at people, and certainly don’t load it with pepper and shoot your siblings in the face with it. Not even if you have to take time off work and fly out to Springfield just for the chance to do so. Because you’re a responsible adult now, and adults don’t do that sort of thing.

For more video of the Bug-A-Salt in action, check out the website here.

With the Long War entering the third decade, and the West’s blood thirst remaining unquenched, there appears to be no end to this vicious cycle of destruction. The Muslim states are being tossed and kicked like dead and lifeless dominos, which are virtually rudderless. Another prophecy of the Holy Prophet Muhammad (PBUH) seems to be unfolding in front of our eyes. Holy Prophet (PBUH) said: “The nations shall gather and team up against you (i.e., Muslims) as the predators gather and team up against their preys.” A questioner asked: “Is it because of us being low in numbers at that day?” The Prophet (PBUH) replied: “No, you that day shall be in great numbers, but you will be as powerless as the foam of the water on the surface of the river, and Allah shall remove any fear from your enemies towards you, and He shall put in your hearts a corruption.” A questioner asked: “O Apostle of Allah, what is the corruption?” The Prophet replied: “The love of life’s amusements and the fear of death.” (Translation of Sunan Abu Dawud)

While the physical cost of the Long War (in terms of flesh and dollars) has been worked out by a number of think-tanks and governments (with drastic variations), there is also the cost of this war that has not been measured or calculated – the psychological cost. With the so-called free media of the West as well as Islamic countries, including Pakistan (who can count the hairs on your body and make mountains out of an ant hill, when ordered by its masters), busy in genuine research and honest reporting one is surprised to find no worthwhile analysis of the psychological cost of war within the shattered zone called the AfPak. I will make a humble effort to do that. Unfortunately, the cost of this war has affected everyone; the claimants of the conquest (US-led conquistadors) as well as the innocent people of the AfPak region. 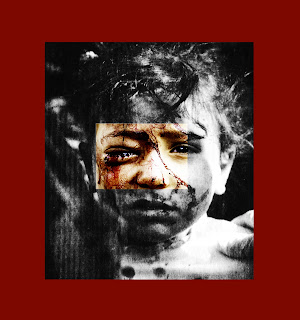 Since the so-called free media is controlled by the Western governments and autocratic regimes of the Islamic world, you may be horrified to see the effects of this war on the general public (including the NATO-led soldiers and officers). If you do an intelligent surfing of the internet, you will listen to the moaning, groaning and shrieking voices of the affected families and may be able to see stream of tears and blood oozing out of tearful eyes; you may be able to feel the pain and anguish of broken families destroyed by daisycutters and drones, who haunt the entire population of FATA with buzzing sounds and have created the psychological disease of insomnia in many households (specially children and women). I challenge the residents of marbled mansions of Islamabad to go through a test. Let me fly the ugly drones at the frequency of two flights of a pair for two hours per night, while making sure that these drones are not be armed. Let the people be told that they are armed and strike Al-Qaeda supposed to be hidden somewhere in Islamabad. To add to reality I may be allowed to create simulated noise of drone attack at the frequency of two per night. I am sure at the end of first week more than 70 percent population of Islamabad will either migrate to other cities or apply for green cards or come out in the streets of Islamabad and block the Constitution Avenue from all sides demanding the overthrow of the current regime.

Who are these people of FATA and why drone attacks against them cannot be stopped as a matter of principle and as a necessary step to ensure basic human rights? I leave it to the political leadership to decide. The cost of the Long War in AfPak region cannot be measured in terms of dollars and rupees, but one can attempt to do it by raising few pertinent questions. What has been the effect of drone attacks on the cohesiveness of the family system in FATA, especially for those families whose bread earners have been martyred (for instance, how are the children and the wives of the diseased managing their affairs, and what has happened to the education of the children)? What was the psychological fallout of the drone attack in a particular village, how many children and women have suffered from insomnia, post-traumatic stress disorder and phobic anxiety? Has there been any attempt by the provincial and federal governments to ensure psychological counselling of the affected population, especially children? A similar survey can be conducted for the families of general public, the defence forces of Pakistan as well as other LEAs whose bread earners or relatives have lost their lives in this war.

Incidentally, the question of the psychological cost of this war suffered by conquistador soldiers and their loved ones is being raised in the West, not in the Western media. A glimpse of the psychological cost of this Godforsaken Long War can be seen in the report by KOMO News, the US army found Staff Sergeant Jared Hagemann’s body at a training area of Joint Base Lewis McChord a few weeks ago. A spokesman for the base tells KOMO News that the nature of the death is still undetermined. But Sergeant Hagemann’s widow says her husband took his own life – and it didn’t need to happen. “It was just horrible. And he would just cry,” says Ashley Hagemann. Ashley says Jared tried to come to grips with what he’d seen and done on his eight deployments in Iraq and Afghanistan. “And there’s no way that any God would forgive him – that he was going to hell,” says Ashley. “He couldn’t live with that anymore.” More US soldiers and veterans have died from suicide than from combat wounds over the past two years.

The psychological degradation of the conquistadors is clearly visible from veterans and serving soldier’s blogs. I would recommend that somebody should carry out psychoanalysis of the discussion forums and blogs used by veterans from Iraq and Afghanistan wars. I will leave few of these here, be mindful that these reflect the current state of mind of the soldiers and officers of the American forces.

“American culture is the worst possible place for a future soldier to be raised in. Just imagine being raised in a Hollywood-influenced good guys vs. bad guys black and white society, then being sent to a place where everything is a million shades of gray. You can see it in the veterans that were forced to, for example, kill a teenager that was shooting at their checkpoint. The ‘good guys’ aren’t supposed to kill a child, so what does that make them? I feel sorry for them.” (Posted by Korben on Reddit.com)

“Might I ask what the hell you are doing in his country? Looking for those WMDs still? Last time I checked people of a country had the right to defend themselves against an occupying power, unless you subscribe to the American exceptionalism.” (Posted by Ikkek on Reddit.com)

“The warmongers sit safely behind desks, while their children attend Ivy League colleges far from any enemy combatant. The soldiers are pawns, and pawns are easily sacrificed, ask anyone.” (Posted by Ingrammarless on Reddit.com)

“Whatever the body count may be this week, the real tragedy is that nobody that deploys to a war comes back the same. Everyone is a casualty.” (Comment by Yo Yossarian at Reddit.com)

The psychological cost of the Long War cannot be calculated by mathematical models and requires a human heart to do a passionate analysis. I will leave it to President Barack Obama, who proudly displays the Nobel Peace Prize in the Oval office, to have the courage to do such an analysis.