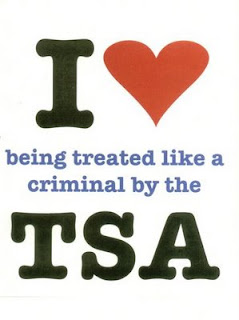 “Where is a terrorist more apt to be found? Not these days on an airplane more likely on the interstate,” said Tennessee Department of Safety & Homeland Security Commissioner Bill Gibbons.

Tuesday Tennessee was first to deploy VIPR simultaneously at five weigh stations and two bus stations across the state.

Agents are recruiting truck drivers, like Rudy Gonzales, into the First Observer Highway Security Program to say something if they see something.

“Not only truck drivers, but cars, everybody should be aware of what’s going on, on the road,” said Gonzales.

It’s all meant to urge every driver to call authorities if they see something suspicious.

“Somebody sees something somewhere and we want them to be responsible citizens, report that and let us work it through our processes to abet the concern that they had when they saw something suspicious,” said Paul Armes, TSA Federal Security Director for Nashville International Airport.

“The bottom line is this: if you see something suspicious say something about it,” Gibbons said Tuesday.

The random inspections really aren’t any more thorough normal, according to Tennessee Highway Patrol Colonel Tracy Trott who says paying attention to details can make a difference. Trott pointed out it was an Oklahoma state trooper who stopped Timothy McVeigh for not having a license plate after the Oklahoma City bombing in the early 1990s.

Tuesday’s statewide “VIPR” operation isn’t in response to any particular threat, according to officials.

Armes said intelligence indicates law enforcement should focus on the highways as well as the airports.