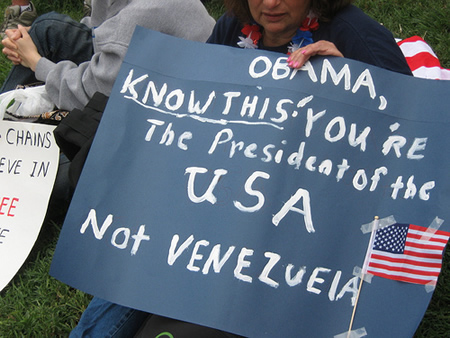 CARACAS, (Reuters) – Venezuela’s acting president urged U.S. leader Barack Obama to stop what he called a plot by the Pentagon and the Central Intelligence Agency to kill his opposition rival and trigger a coup before an April 14 election.

Nicolas Maduro said the plan was to blame his opponent’s murder on the OPEC nation’s government and to “fill Venezuelans with hate” as they prepare to go to vote following the death of socialist leader Hugo Chavez.

Maduro first mentioned a plot against his rival, Henrique Capriles, last week, blaming it on former Bush administration officials Roger Noriega and Otto Reich. Both rejected the allegations as untrue, outrageous and defamatory.

“I call on President Obama – Roger Noriega, Otto Reich, officials at the Pentagon and at the CIA are behind a plan to assassinate the right-wing presidential candidate to create chaos,” Maduro said in a TV interview broadcast on Sunday.

Maduro, who is Chavez’s preferred successor, said the purpose of the plot was to set off a coup and that his information came from “a very good source.”

During his 14 years in power, the charismatic but divisive Chavez, who died March 5 after a two-year battle with cancer, often denounced U.S. plots against him and his “revolution.” Critics dismissed those claims as a smokescreen to keep voters focused on a sense of “imperialist” threat.

In kicking off the opposition’s campaign in the provinces on Saturday, Capriles said Maduro would be to blame if anything happened to him.

Capriles, a 40-year-old centrist state governor who cites Brazil as his economic model for Venezuela, accuses Maduro of using his boss’s death as a mawkish campaign tool ahead of the April 14 vote.

Maduro, 50, a former bus driver who is trumpeting his working-class roots like Chavez, has a lead over Capriles of more than 10 percentage points, according to two recent opinion polls. Both were conducted before Chavez’s death.

Maduro has sought to emulate the late president’s common touch and emotional bond with voters but has struggled – beyond copying Chavez’s bombastic rhetoric against foes at home and abroad.

In Sunday’s interview, recorded at the military museum where Chavez’s body was carried in a somber funeral procession on Friday after 10 days of mourning, Maduro said he had cried more when Chavez died than when his own parents passed away.

Later on Sunday, his campaign team plans to launch Maduro’s official Twitter account in another move reminiscent of Chavez. Chavez’s @chavezcandanga account had drawn more than 4 million followers before his death – making it the second most-followed presidential account after Obama’s.

The election campaign began in a particularly nasty atmosphere, with both sides accusing each other of dirty tricks, and Capriles and Maduro landing very personalized blows.

At stake in the election is not only the future of Chavez’s leftist revolution but also the continuation of Venezuelan oil subsidies and other aid crucial to the economies of leftist allies around Latin America, from Cuba to Bolivia.

‘US builds hospitals in Georgia, readies for war with Iran’

The United States is sponsoring the construction of facilities in Georgia on the threshold of a military conflict in Iran, a member of Georgian opposition movement Public Assembly, Elizbar Javelidze has stated.

According to the academician, that explains why President Mikhail Saakashvili is roaming the republic opening new hospitals in its regions.

“These are 20-bed hospitals…It’s an American project. A big war between the US and Iran is beginning in the Persian Gulf. $5 billion was allocated for the construction of these 20-bed military hospitals,” Javelidze said in an interview with Georgian paper Kviris Kronika (News of the Week), as cited by Newsgeorgia website.

The opposition member stated that the construction is mainly paid from the American pocket.

In addition, airports are being briskly built in Georgia and there are talks of constructing a port for underwater vessels in Kulevi on the eastern Black Sea coast in Georgia.

Javelidze believes that it is all linked to the deployment of US military bases on the Georgian soil. Lazika – one of Saakashvili’s mega-projects, a new city that will be built from a scratch – will be “an American military town”. According to the politician, “a secret airdrome” has already been erected in the town of Marneuli, southern Georgia.

The opposition member wondered who would protect Georgia in case if Iran fires its missiles against US military facilities on the territory of the Caucasian state.

All in all, about 30 new hospitals and medical centers were opened in the former Soviet republic in December last year. The plan is to build over a hundred more.

As for Lazika, the Georgian president announced his ambitious idea to build a second-largest city in Georgia, its western economic and trade center, at the end of 2011. According to the plan – which was slammed by his opponents and many analysts – Saakashvili’s dream-town will become home to at least half a million people within a decade.