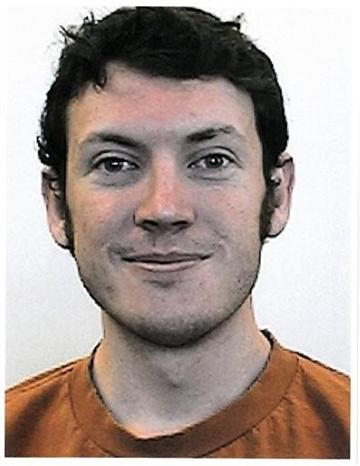 Did James Holmes have an accomplice?

A local Fox News channel came off sounding more like Infowars than the mainstream media when it listed a series of unanswered questions that challenge the official narrative of the ‘Batman’ massacre and suggest a wider plot.

Ben Swann, a reporter for WXIX-FOX19 out of Cincinnati listed the questions as part of a segment called ‘Reality Check’, which was introduced by pointing out that political operatives were busy exploiting the tragedy for gun control propaganda before the emergency crews had even left the scene of the shooting in Aurora, Colorado.

Swann’s questions about how a college student was able to pull off such a sophisticated and brutal attack without help have been raging across the web since last Friday’s massacre.

– How was alleged shooter James Holmes, an unemployed graduate student, able to afford an arsenal of weaponry, including a tactical helmet, bullet proof vest, an AR-15 assault rifle, a Remington shotgun, two 40-caliber Glock handguns, as well as an assortment of bomb-making materials?

Subsequent reports confirmed Holmes had received a $26,000 federal grant as a stipend for his work in the neuroscience program at the University of Colorado in Denver. However, how much of this money remained after Holmes had already been in the program for over a year is unknown.

– Why did Holmes go to the expense and trouble of rigging his apartment with an array of deadly explosives and then immediately tell police about the bombs when he was arrested? If Holmes wanted to kill as many people as possible, why warn the cops ahead of time?

– Given the fact that Holmes was a graduate student in neuroscience, where did he obtain the skills to create a maze of bombs so complex that it took the FBI two days to disarm them? According to experts, the intricacy of the bombs was reminiscent of war zones – how could Holmes have set all this up without help from an explosives expert?

– Despite police claiming “every single indicator” tells them the shooting was a lone wolf attack, numerous witnesses have described accomplices. Initial police reports that suggested the involvement of two or more shooters were quickly buried and the lone wolf narrative aggressively pushed.

As Swann points out, eyewitnesses interviewed after the shooting such as Corbin Dates state that Holmes received a phone call from someone while he was inside the theater and responded by moving to the emergency exit, suggesting the call was an accomplice coordinating the attack.

Dates also said he saw Holmes by the exit door “signaling somebody or looking for somebody to come his way.

Another eyewitness added, “From what we saw he wasn’t alone – he had someone with him. Because the second can of tear gas didn’t come from his side….“We can only assume that someone got him in because what he was wearing seemed thick.”

“Instead of asking all those questions, national media want to focus all their attention on why guns were legal in the first place,” states Swann, adding, “National media seems too busy playing the political game and not busy enough looking into what really happened.”

It’s astounding to watch the mainstream media being forced to behave like alternative media outlets which the establishment previously derided as “conspiracy theorists” in an attempt to remain relevant, but kudos to Fox 19 for at least making the effort to ask the hard questions.